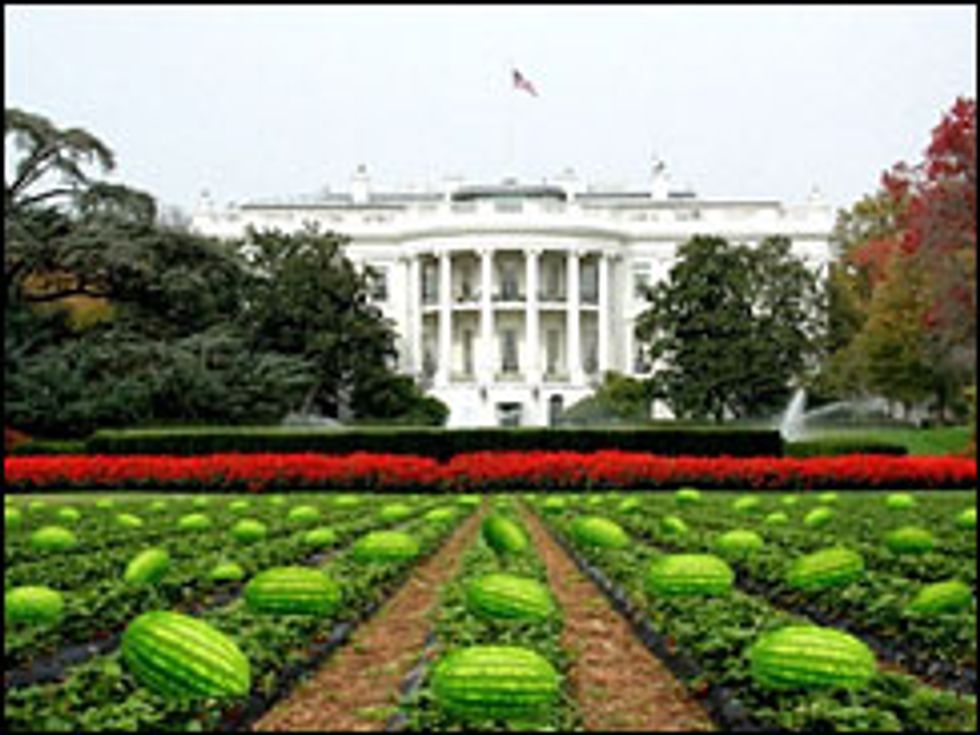 Hey, we've gone all week without some fuckfaceold Republican getting caught sending hateful racist email about the Obamas. Maybe racism really is on the wane, in America. Maybe old white GOP officials have finally realized it's not super funny to send hilarious jokes about the coloreds, to everybody, about the president. Ha, right. The latest batch of foul, blatant racism comes from "City Councilman Gary Frago," in some place near Merced, California. And he's not sorry, either! "I'm not the only one that does it," Frago told the Merced Sun-Star. Yeah, we've noticed.

In all, the Sun-Star obtained seven e-mails that Frago sent from October 2008 to February 2009 from an anonymous source.

Some compared Obama to O.J. Simpson while others suggested that "nigger rigs" should now be called "presidential solutions."

Perhaps the most overboard e-mail was sent on Jan. 15. It read: "Breaking News Playboy just offered Sarah Palin $1 million to pose nude in the January issue. Michelle Obama got the same offer from National Geographic."

The newspaper tracked down the person who sent the emails to Frago -- as always, Frago simply forwarded these humorous items to everyone in town. And you know what? The guy who sent 'em to Frago didn't find anything racist about these racist emails, either! Niggers are just a naturally funny subject, to everyone:

Rieger said the jokes he sent had no racial meaning. "As far as I'm concerned the e-mails need no explanation," he said. "I sent them out, I'm not concerned with it," he said.

Rieger also said he had no idea what Frago's constituents might think of the e-mails. "I'm sure if I was black I'd have a different idea of what was funny," he said. "I got black friends that I would tell these jokes to and they would roll on the floor in laughter."