Yet Another Pro-Life Ohio Lawmaker Charged With Drunk Driving 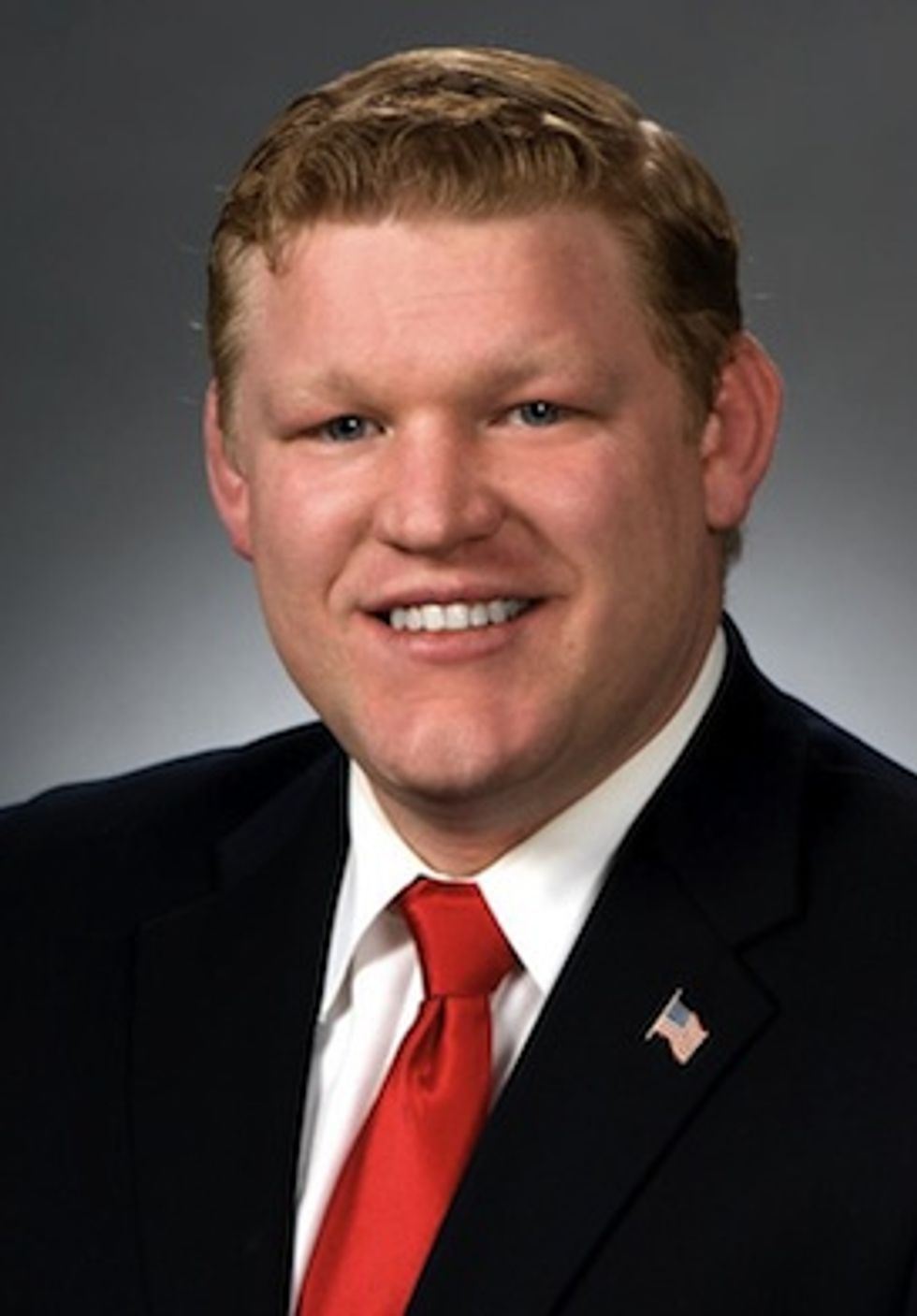 Hey, Ohio! From now on it seems, odds are pretty good that the maniac driving like a sloshed fool down the state highway is one of your elected representatives. And don't ask him why he isn't wearing a shirt. He's not wearing a shirt because he's sweaty,obviously there is a heat wave everyone, which also means as a big fat corollary that it's not cool for him to get out of his car because he, your elected lawmaker, is too modest to appear on the police cruiser dash cam. What kind of state trooper doesn't understand that? Ohio Rep. Jarrod Martin would like to know, because a state trooper just cited him for drunk driving after Martin refused to get out of his vehicle to take the sobriety test on these very grounds. That's excellent logic! What other weird arguments has Rep. Jarrod Martin used lately? Perhaps he believes forced birth is a good idea for American women to help the U.S. compete with China's population?

Yeah, sure, why not. Abortion is bad because the U.S. can never possibly catch up to the 1.3 billion people in China as long as American women are allowed to have abortions. That is why Martin supported Ohio's utterly batshit unconstitutional/pointless fetal heartbeat bill.

And here is the story of Martin's drunk driving charge, for the fetuses:

On the side of the roadway, Martin refused to submit to field sobriety tests and a “chemical” test of his blood, breath or urine, Ralston said. As a result, he will automatically lose his driver’s license for one year. He was released at the scene with one of the adult passengers behind the wheel.

“The cop says he wants to give him a sobriety test. (Martin) said, 'I’m not taking any test. I’ve not done anything,’” said Longtime Greene County Republican John Broughton.

Martin did not want to be seen on video recorded by cruiser’s dashboard camera system shirtless and dirty from working on the family’s cabin, Broughton said.