You Can't Sue The ACLU For Telling You To Fuck Off, Bob 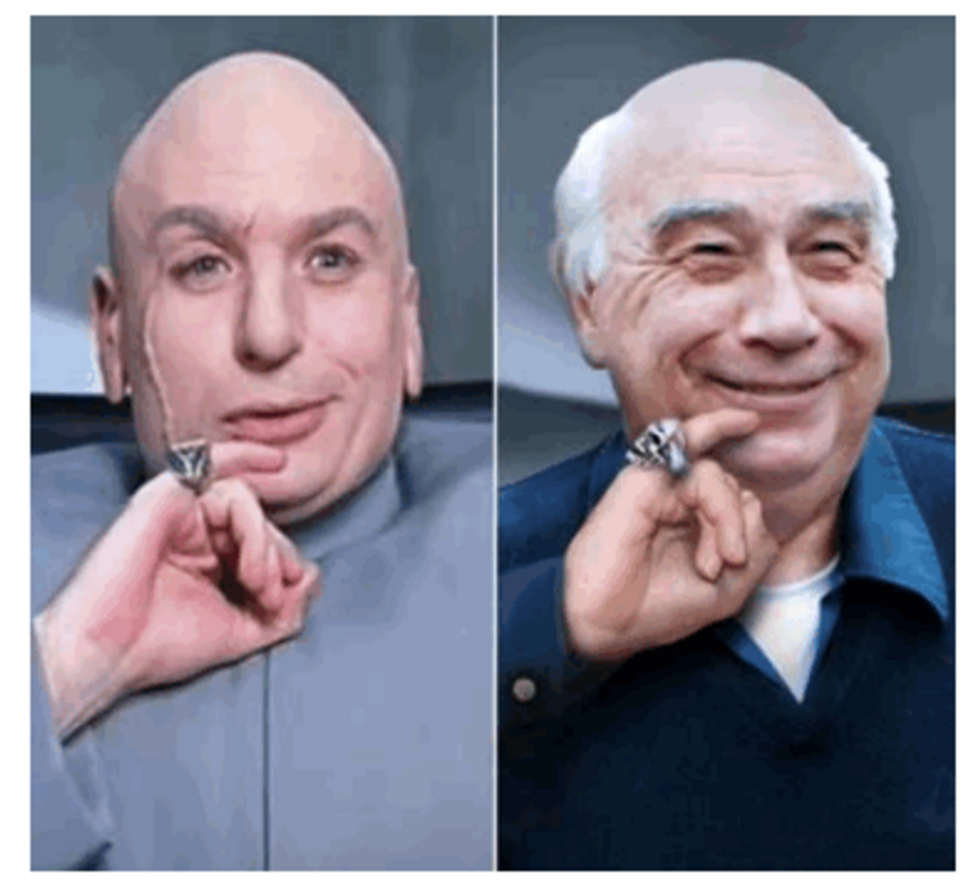 This is a comparison that Bob really does not like. That's probably why it's in the brief.

If you live in coal country and you're not a wealthy person actually invested in coal extraction, you probably spit on the ground when you hear names like "Massey" or "Murray." Those are the names of people who have systematically fucked your whole region, and probably your family and friends. They've killed people with absolutely no regard for morality, they've lied and lobbied and screwed over whole states. They are hellbeasts who make me hope with fervent desire that there actually is a God with that whole Judgment thing just so I can watch the motherfuckers burn for eternity.

If you watch Last Week Tonight With John Oliver, you might have seen this segment:

So anyway, Oliver took on this guy called Bob Murray, who runs a coal company called Murray Energy Corporation. He was, in typical cable-satire fashion, fucking vicious. At one point, there was a giant squirrel with an oversized check offering Bob his nuts. Murray, who doesn't like being mocked, promptly sued. That was amusing enough for us locals, but the ACLU of West Virginia has just floated into the fray with such an amazing and utter lack of respect for Murray that two of my Trump-voting neighbors actually told me they were sending ten bucks to the ACLU.

Here's the brief that's changing hearts and minds all along the foothills at least:

And that's just the table of contents. The actual body of the brief reads like a giant dare to see if Bob might actually be enough of a dumbass to sue the ACLU.

We at Wonkette are still trying to determine who wrote this brief and whether we can hire them.

Have we mentioned that many people in coal country really fucking hate Bob? As in, I have neighbors who use his name as a profanity. It's among the things that are apparently hard for the plaintiff to grasp.

This brief is a glorious dawn, heavy with clouds and fire breaking over a recently removed mountaintop, making all that exposed mud and dirt glow with the kind of beauty that only the breaking of a new day can infuse into the air.

I kind of hope that Bob sues Techdirt for writing a piece that was quoted in an ACLU amicus brief so that the ACLU can then quote this brief in their amicus for that case in some kind of troll horizon.

I would like to take this opportunity, because if I didn't I don't think my neighbors would ever forgive me, to say mean things about Bob Murray. I can't prove that he can only have sex to Matewan but he's never publicly denied it. You can tell he's never actually worked in a mine, because actual miners don't let themselves get that corpulent. This is a man who prays for the miners his company's just killed at the same time he denies the company needs to invest in safety equipment, which is the kind of logic one expects from a syphilitic toddler hopped up on bad meth. To be clear, Bob Murray could afford the good meth given how much blood money he's sucked out of the tri-state region.

Reasons not to fuck with Appalachians #3495812738784, really. People around here are pretty chill up until they're not, at which point you should recall that this is where the Hatfields and the McCoys were from. Don't fuck with West Virginians.

If you have not given money to yr Wonkette yet you should do that now. If you have, and you still have money left, you should respectfully submit some of it to the ACLU of West Virginia.