You Know Who We Forgot To Yell At? WHITE WOMEN, WHO CAN FUCK RIGHT OFF 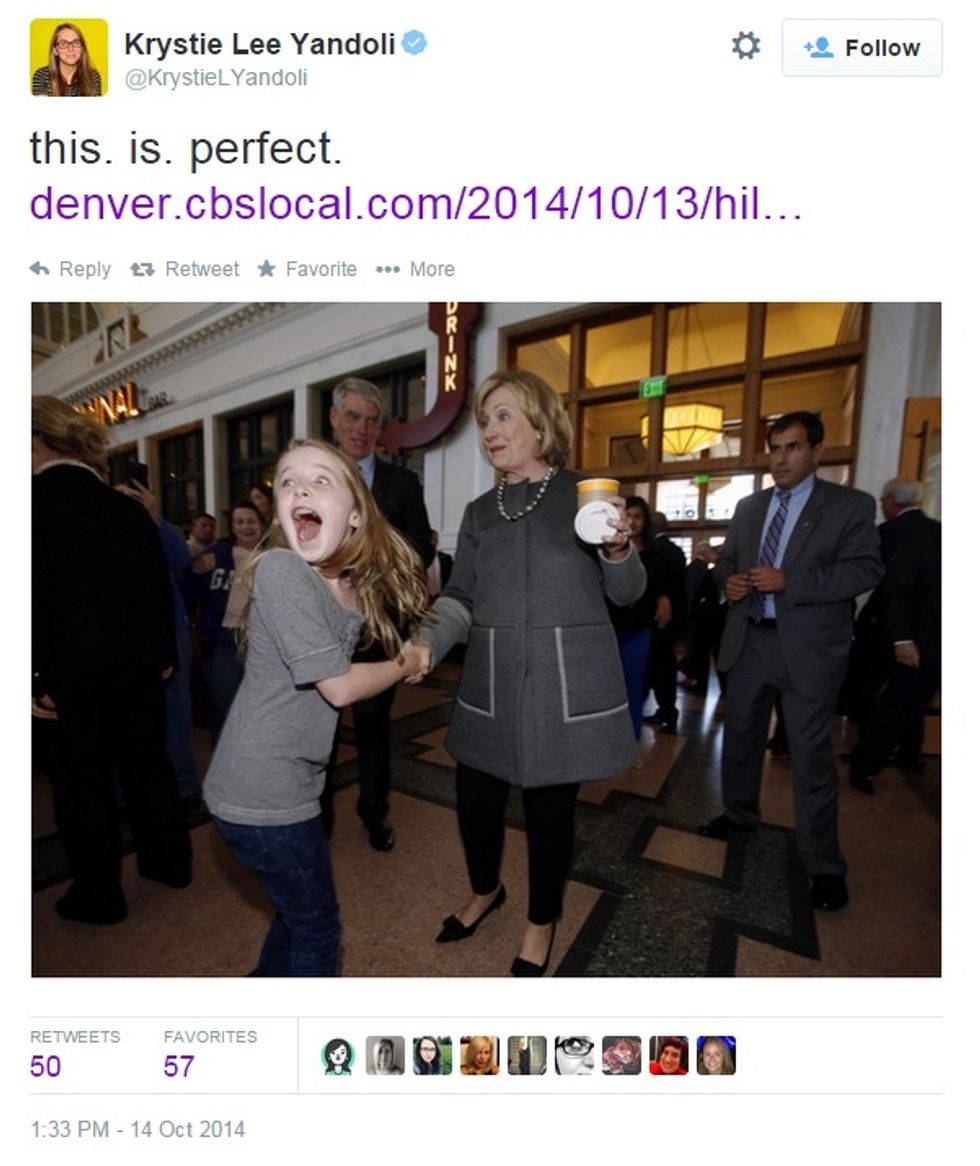 We've been having such fun, or whatever is the opposite of fun, this week. First we yelled at James Comey, and the media, and the whole country. Then we yelled at this idiot and Jill Stein voters like her. But whoops, while we were examining the mote in that idiot's eye, we accidentally forgot the beam in our own.

WHITE WOMEN. HOW. FUCKING. COULD WE.

Sure, if I want to slice it into "white women with advanced degrees over 68 years of age who are unmarried and left-handed," I might not have to include myself in the unbearable coalition of gaping assholes Making America White Again. (I am 97 years old. And single and left-handed apparently.) But the fact remains that while Jill Stein's voters spooging all over their ballots provided the margin for Trump's victory in Wisconsin and Michigan, white women provided that margin in every other state, because we voted directly for the fascist instead of even having the grace to make the Jill Stein bankshot.

Donald Trump was everything that was horrifying both in policy and personally, wrote some dick on Slate.But Hillary was unlikable, and I'm not sorry.

Black women voted for Hillary Clinton at 93 PERCENT. They're doing the work, because THEY ALWAYS HAVE TO DO THE WORK.

We not only fucked over our black fellow Americans, and the ones of the Mexican persuasion, and gay people, and our Muslim friends, and the poor, and the middle class, and people who finally got to buy health insurance and wouldn't go bankrupt if they got sick while they had insurance, and seniors: we directly told our own daughters they can't right to their stupid can't-do-it faces.

Fuck you, little girls! said white women. Fuck you right in your hair.

Two hundred and forty years in this country, nearly a hundred since we could vote, and we looked at the beautiful woman in the space commander jacket, the one who'd been doing this for all of us for all of her life, and gave a mean little eyebrow raise and jiggle of the shoulder and sneered "I don't think so, bossy!" and elected the actual dumb Nazi who promised if we're real good we might get a taste of his magnificent dick.

Oh wah, how come I'm not blaming men? Because this wasn't their fight. We knew they were picking the dumbshit bully, because they hate us. (Not all men, whatever, I know, I'm married to one of the Male Resistance, also known as "dude who baked us Hillary election night cookies, also also known as a cuck.")

But white women, we have shocked me to my core. I knew I was bad at politics, and that my prognostication of an 80/20 vote split wasn't borne out by the polls, but I didn't think we would directly vote for the man who reminds every one of us of the guy who used to smash our things, until we finally came to our senses and either married the beta man who loves us, or went lezzie in our middle age, just like Evan McMuffin's mom.

And just as a special extra bonus, we erased the legacy of the finest man to serve in the White House for a very, very long time, because, I don't know, some black people knelt during the National Anthem and had the chootspa to say that it matters if they live or die, and also some women who weren't always women wanted to use the women's room, and we're so fucking dumb we decided they would rape us, so we voted for the guy who rapes us.

LOL. We are so fucking dumb.

So fuck right off, white women, we sister-stabbing smug me-first asshole bitches who just broke the world for all of us. Every one of us can fuck a goat and shut our stupid traps. We just proved women aren't any better at voting for not giving a lunatic the nuclear codes, and for common sense, and fairness, that there is in fact nothing special about women running the world. Be the change you want to see in the world? We chose the asshole because we are the asshole.