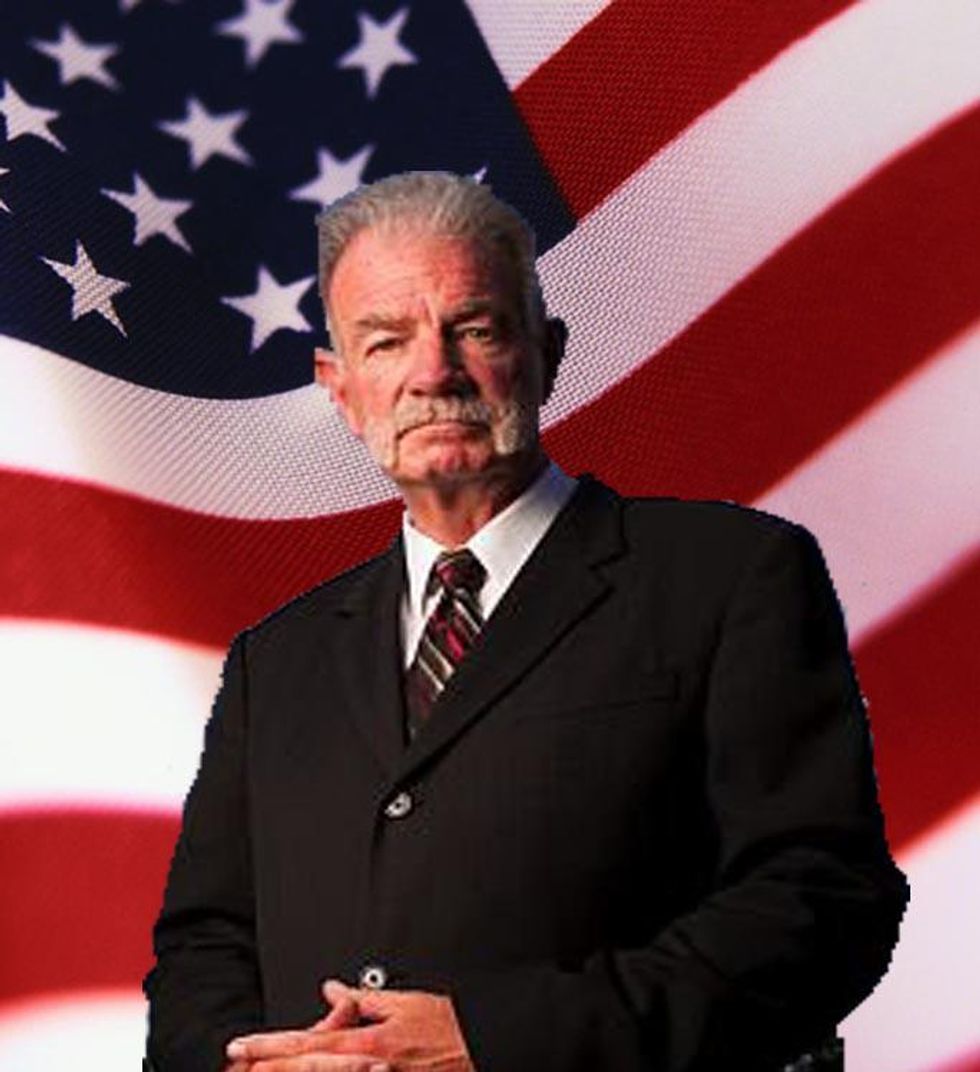 For a minute there we were worried that next year’s presidential race would be impossibly dull, which would be Bad for Yr Wonkette. Sure, Rick Santorum and Carly Fiorina and Rand Paul and Ted Cruz and Ben Carson and Rick Perry and Marco Rubio and Bobby Jindal and whoever the fuck else has joined the Republican clown car this week are Good for Comedy, which is Good for Yr Wonkette, but we all know Jeb Bush will be anointed by His Daddy’s Rich Friends sooner or later, and he will speak Hispanic at us and then he will win and we’ll begin bombing something in the Middle East, which is a Bush family tradition, hooray!

We are not worried about that any longer. Terry Joneshas come to rescue us — both from boredom and The Great Islamic Scourge that will be Sharia-ing your children any day now.

Koran-burning anti-Obama pastor Terry Jones is to run for the US presidency as a fringe candidate for the second time. Jones, who heads the group Stand Up America Now, was a self-declared independent in the 2012 election and is also listed as a candidate for 2016. The Politico website has him down as a fringe "front-runner" for the campaign's most controversial candidate.

Errbody remembers back in 2010, when Terry Jones decided to honor the 9/11 fallen by burning a bunch of Korans and probably defecating in the mouth of the nearest Muslim, for The Lord and America, and Barack Obama, Muslim infiltrator, was like, “Hey dude, we’ve doing war to a bunch of Muslim countries right now, maybe this isn’t such a hot idea?” And Terry Jones was like, “I do not listen to Muslim infiltrators, commie,” but then Terry Jones did in fact listen to the Muslim infiltrator, or at least the car dealership that bribed him with a Hyundai to not have the public Koran roast. (Seriously, he sold out for a fucking Hyundai.)

Because his not-burning-Korans-but-check-out-my-new-ride thing went so well, and Terry Jones was now loved and adored by the entire population of the United States of Jesus, he decided to run for president in 2012. Sadly, as he ran as an independent, he was not included in the 47,819 Republican debates that year, even though he promised to deport the Messicans and save us $400 billion a year, no fair! And then the Muslim infiltrator was reelected over the Mormon Squarepants, and everything has gone to shit since.

So, Terry Jones -- who is no longer preaching because no one wants to listen to him, and is not running a furniture-moving company, so he has Small Business Experience, which really adds to his presidential timber -- is back, to save us from the Muslims and the Mexicans and the Deficit.

Jones told Politico that his opinion of Obama was as low as it had always been and that his aim was to save America. "I'm pretty devastated by the condition of America, the moral condition, the spiritual condition, the economical condition," he said. He admitted that winning would require "some type of major miracle."

So if Terry Jones does not win, we will just assume that God does not exist. Fair?

Oh, you will NEVER GUESS who does not like Terry Jones running for president. (It is the Muslims, who do not fully understand the humor potential.)

Samir Khatib, the spokesperson for the Islamic Society of Sarasota and Bradenton, told My Sunset Coast that the idea of Jones running for president was laughable. "I think it's a joke. The American people need to have somebody with more substance and intelligence and knowledge to be a president. I think it's a waste of time, a waste of money, and a waste of his effort. …"

Jones responded: "I'm running for president. Vote for me."

We are convinced now.