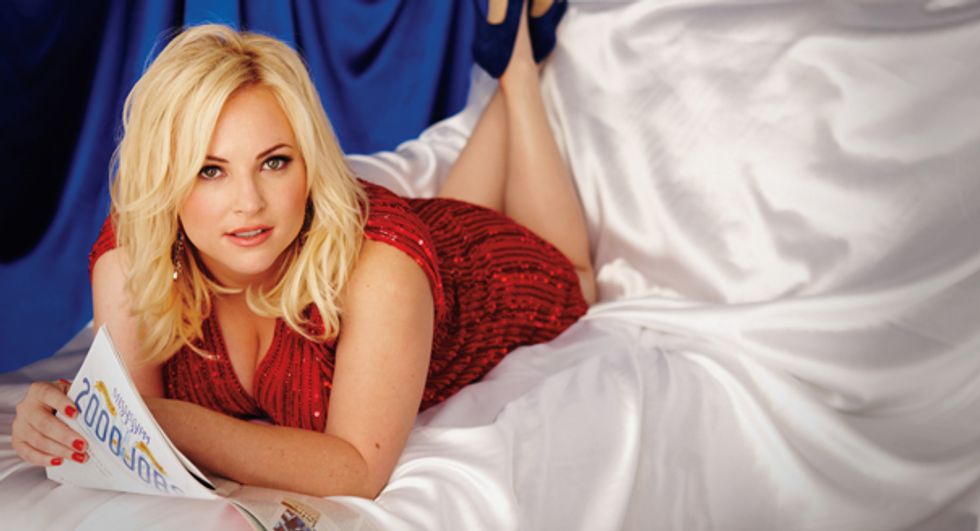 Wonkette bestie Megs McCabe was on The Al Sharpton Show (because why wouldn't she be?) and she simply does not care for the rest of her Republican party fellows treating her like a freak and a mutant just because she loves gay marriage and boning! More big tents for Megs! (Also, the Democrats do it too, Megs says, because there are no moderate Democrats anymore, mmhmm!) And who is to blame? People sowing fear and hate, specifically "hateful extremist" Ghost Andrew Breitbart and horrible hellbeast Michelle Malkin. "Those are bloggers?" Sharpton asks. Well, in a manner of speaking.

Poor Andrew Breitbart. Even dead he is being called out as the worst thing to happen to civility since Preston Brooks. Can't wait to see the VETTENING of "Meghan McCain: Between the Sheets."