Your Anti-Climactic And Partial Wonkette WHCD 2k9 Report, With Fotos! 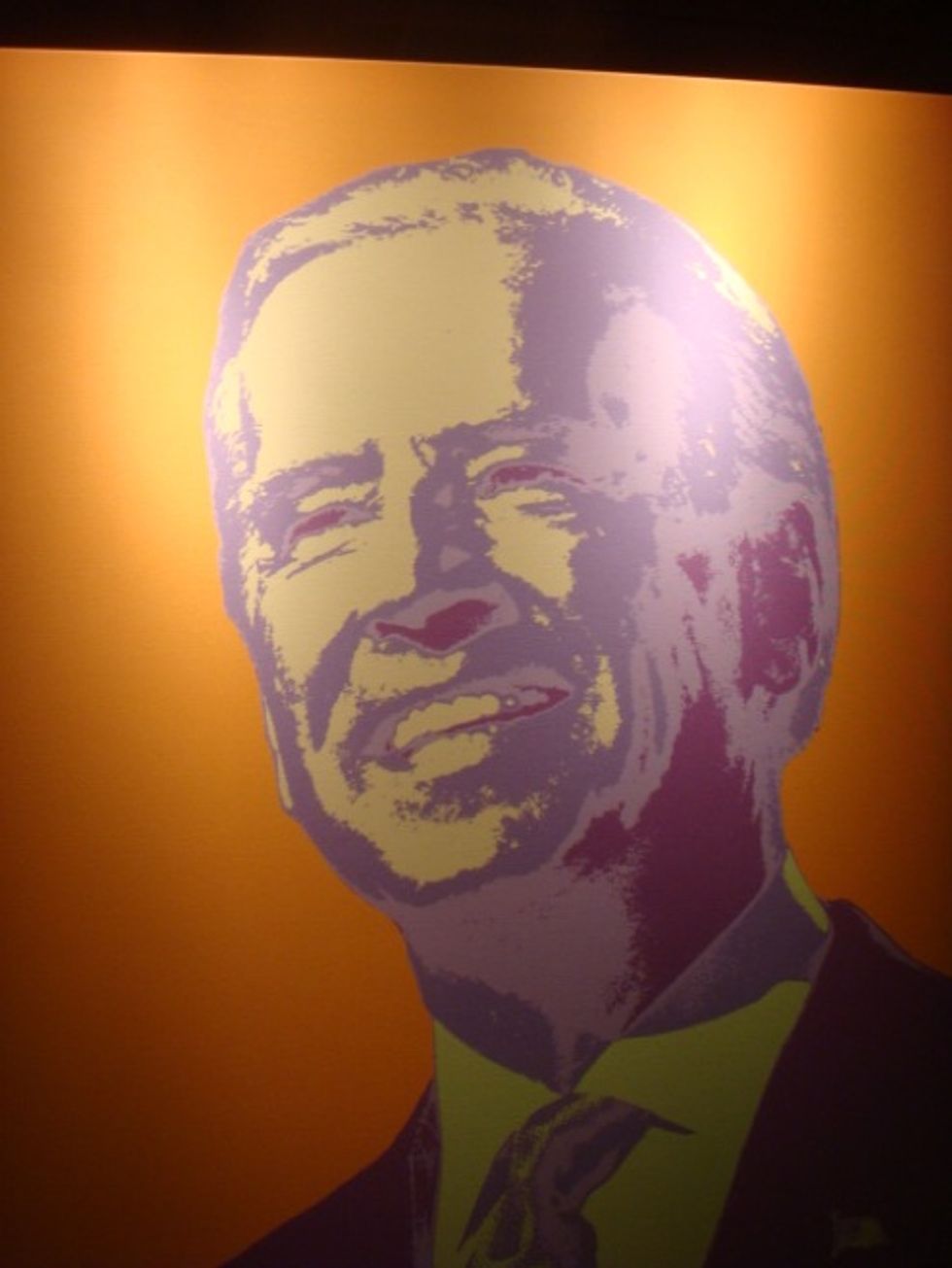 Just to the left of this photo is a 9-foot 350-pound brainsmasher who happens to be Rahm Emanuel's Secret Service guy (he usually carries Rahm around on piggyback, with Rahm brandishing a whip, yelling, "Faster, seeee?") As the flash goes off, Rahm is saying to this Colossus, basically, "Why is the fucking Wonkette kid taking my fucking picture at this fucking Atlantic party?" But that cannot be confirmed.

Oh you want more pictures from the two things we went to this weekend, for the White House Dinner-Dance? Sorry, you're not on the list, and we can't let anyone who isn't on the list look at our photos. But okay.

The guest list person at People magazine surprisingly enough added us to the guest list for its party Friday night, co-hosted by the very important TIME news journal and held at the glitzy St. Regis. See all that glitz there, on the ceiling? Exactly, glitz.

Meghan McCain leaving as we were going in, just the way we'd planned it. She was with her little helper PR guy, some underdressed slob in his dungarees. Did he think he was going there to weed the garden?

Otherwise, the entire CNN and MSNBC team showed up (IGNORE IGNORE), plus a few Hollywood Celebrities: Kevin Bacon, the rapper Ludacris, and maybe some people from Gossip Girl, but who would know? We don't know what these things are, in Washington. But Ludacris was a dick and wouldn't let himself be photographed. Eh, fine.

The only food option (at least when we showed up, 15 minutes before it ended): cupcakes, about 10 million cupcakes. Delicious of course -- everyone loves a CUP CAKE -- but a fat steak with extra blood sauce would've worked too.

Ha ha, a duck! Duck just walks into a party, you know? Goes around quacking and shit. A duck!

We asked Politico's new amateur pornography filmmaker Patrick Gavin to "go stand with the duck for a photo," but apparently ducks do not care for Politico staffers. How weird are DUCKS?

NEXT DAY, SATURDAY: WELCOME TO YOUR NEW HELL.

These insane screaming banshee girls, hundreds of them, come to the "White House Correspondents Dinner" to take photos of all the sexies like Henry Kissinger, Ben Bradlee, and whoever else the kids are into these days. (Mark Shields?)

We were invited to the Atlantic's pre-dinner party, hooray, and expected a small, classy gathering of chums where Andrew Sullivan would regale us with stories of youthful hijinks and indiscretions from his Hogwarts years.

Jesus, DID YOU FORGET TO INVITE ANYONE, SULLIVAN?

There was an art theme, for Democrats:

There's the old galoot himself, Sullivan, on the left, with his secret husband, "Stedman." At this point we noticed another attendee, National Review's lovely Kathryn Jean Lopez, sneaking up on the Sullivans with a cross, the bottom of which had been whittled into a spike, and whoa hey it was time to go before a scene!

Other notable person: Mark Penn! He was the only person sweating more than your associate editor.

See the protester lady in the pink skirt? She's chasing some asshole journalist who left after the pre-dinner parties, saw her, and said, "Get a damn job." Really? Is this 1968? Is it still THAT YEAR? And why is the news journalist so certain about his job security? You know, because the CHEAP RUMOR BLOGS are destroying NEWS from HAPPENING.

The next six hours: Forgot to RSVP to another party after the event, couldn't lie our way in, etc., the end.