Your Election Eve Update On 'Polls'! 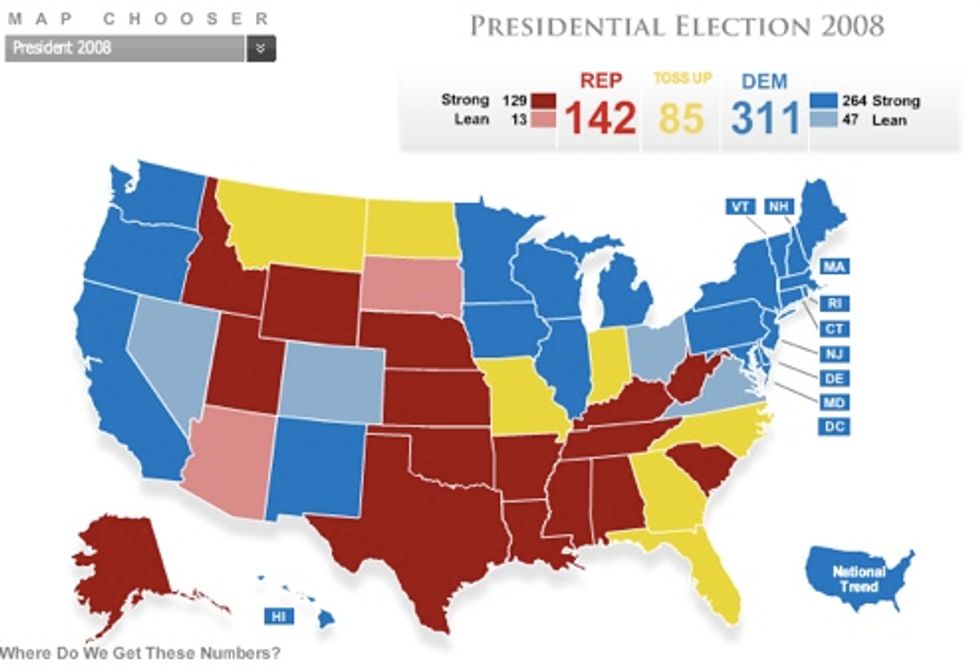 An actual 10,574,901 national and statepolls have been conducted today, did you know that? No you didn't, because you people cannot count that high. So here's what you "need to know," according to our fancy data robots at Wonkette.

Every state John Kerry won in 2004 is safe for Obama, by double digits. The only... hmm what's a good "Nate Silver Word" here... "outlier" is Pennsylvania, which has tightened to about a 7-8 percentage point lead for Obama ever since John McCain decided to run his entire campaign there. Unfortunately for Walnuts, however, is the fact that he is still losing in this state by 7-8 points.

Otherwise, Obama appears to have a +2-5 advantage in Ohio and a +2-3 advantage in Florida. Missouri and North Carolina are insanely tied. McCain has a slight advantage in Indiana and Georgia. None of this matters except to you meanies who want to run up the score on poor Walnuts.

John McCain can only win (*cross our fingers!*) if all of the millions of polls are terribly wrong, as they were in New Hampshire earlier this year. That was so weird, remember? Memories. Anyway, still keep a baseball bat or some weapon on hand for the race riots, just in case.