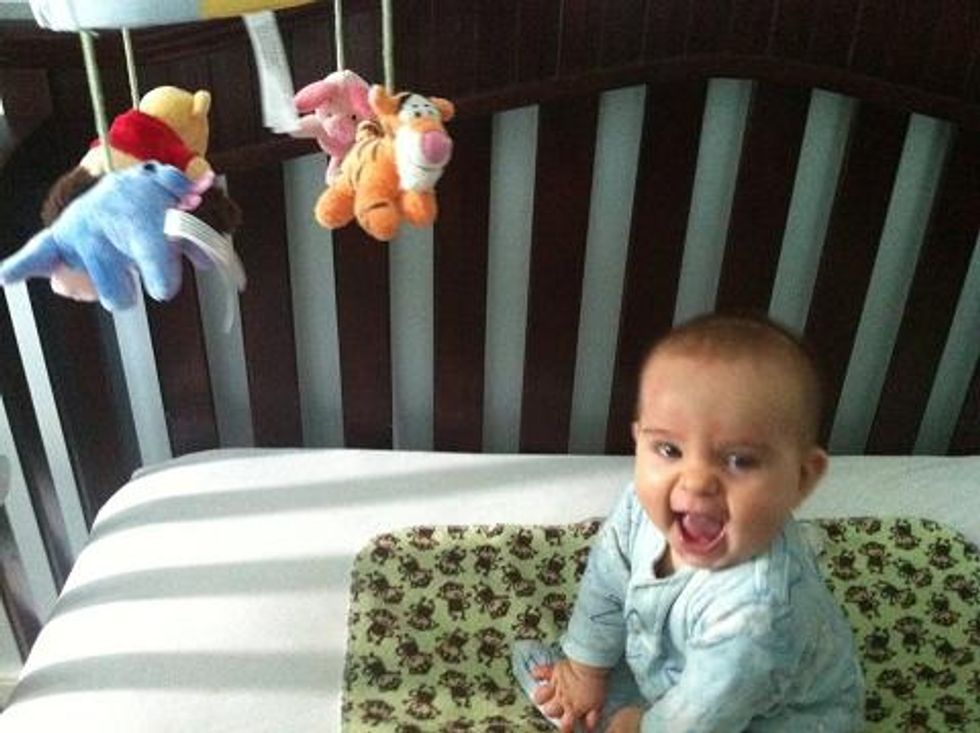 Wow you guys, yesterday sure was a fun day for democracy and we have so much to talk about this morning! What was your favorite part of the great SHUTDOWNGHAZI!!1!!??? Was it that time when the Senate, a body not known for moving with anything approaching alacrity, took less than an hour to strip three amendments from a House continuing resolution and send it back to the unruly chamber accompanied by a sneer and two giant raised middle fingers from Harry “The Stormin’ Mormon” Reid? Was it Peter King – Peter King and no we don’t mean the Sports Illustrated guy – briefly almost becoming the voice of reason and leading a revolt of moderates in getting a “clean” CR through the House? Was it the House Rules Committee meeting that apparently devolved into a sixth-grade girls locker room, with tired (and possibly drunk) representatives just stone-cold hurling insults at each other? (Rep. Jim McGovern, to whom we are sending reelection monies posthaste, told the GOP members on the committee that “people in your party should put grown-up pants on” and also wanted to know if “your Senator from Texas” had signed off on the plan they were debating. Meow, kitty can scratch!)

Saying tempers are a bit short in D.C. right now is a little like saying your Wonkette has a little bit of a daydrinking problem (hic). So let us just examine one tiny portion of this farce to illustrate the larger absurdities of the situation for you as you drag your bloated carcasses to your desks and fire up your favorite mommyblog instead of working.

A while back the Republicans would not shut the ever-loving-fuck up about the Senate going for years without passing a budget. They made it a talking point and everything! So then the Senate called the bluff and passed a budget resolution, which, as ably explained by our resident wonksplainer DDM way back when, would then be sent into a conference committee to make sweet sweet love to the House’s own budget resolution and produce lots of little Appropriations babbies, and voila! Government is funded! Yay democracy and its sausage-making!

Except! The Republicans, bluffs called, decided to be dicks by refusing to appoint conference committee members. Over and over! Senator Patty Murray noted on the floor last night that she has officially asked 18 times in recent months for the GOP to appoint conference committee members so that the Congress could go through the budgetary process and not keep funding the government via a process of careening from one short-term resolution to the next. And still the GOP, led by Sen. Ted Cruz, the latest in a long line of assholes the state of Texas has seen fit to inflict on the rest of us, has refused.

Which brings us to the latest move by the House of Representatives. Around 10:30 last night, 90 minutes from the deadline for funding the government, the Rules Committee met to put together a motion to – you guessed it – appoint representatives to a joint conference committee with the Senate to hash out a short-term continuing resolution.

In other words, after months of refusing to put together a joint budget committee to fund the government, the Republicans waited until an hour and a half before the government ran out of money to suddenly say hey, maybe we should try that conference committee thing after all! If we get a small committee in a room and explain ourselves REAL HARD, maybe then the Democrats will agree to delay or defund Obamacare in exchange for the government staying open for another two and a half months.

To his credit, the House Rules Committee hadn’t even finished its work before Harry Reid told the GOP to slurp shit and die. He and Nancy Pelosi are sticking to the demand that the House put out a clean CR to fund the government for the next six weeks, during which time the two chambers can appoint a budget committee to hash out the long-term funding, as the Democrats have been asking the GOP to do for at least six months.

Of course we’re quite sure, and we’re sure Harry and Nancy know this, that the GOP will not give up on its defunding Obamacare demand in six weeks and so the Democratic leaders are just buying time. Which means even if the House caves and sends to the Senate a clean six-week CR, we can look forward to this whole shitfuffle repeating itself just before Thanksgiving. On the plus side, Twitter was hilarious last night so we’ll all have plenty of gallows humor to laugh at as we’re sticking our heads in our ovens and turning on the gas.

Oh, and delaying the mandate or even defunding won’t shut down the health-insurance exchanges which are now open for business. So everyone cruise on over here and start signing up for some of that sweet Obamacare. Blood pressure medication will be covered and Lord knows we’re all going to need it.