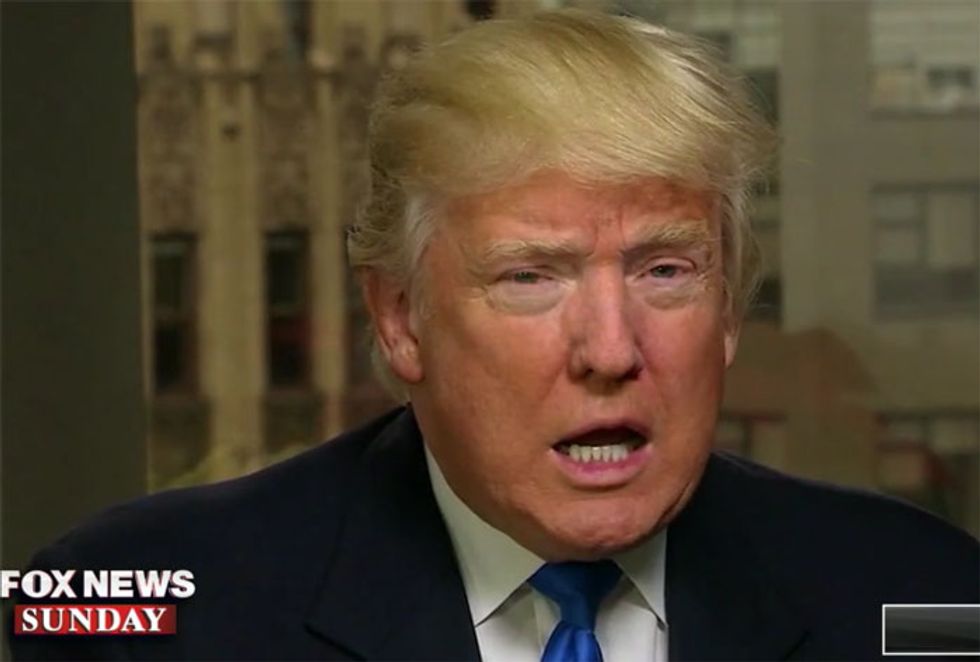 Couldn't handle any more intelligence than he has now

In yet another strange Twitter outburst Tuesday, Donald Trump continued his bizarre war on the intelligence agencies that he'll supposedly need information from during his presidency, unless of course Alex Jones gets a security clearance:

Pretty sure we've never seen any president so openly contemptuous of the nation's intelligence agencies, which as liberal America-hating fans of Frank Church's mid-'70s investigations into CIA abuses, you might think we'd be delighted by. But while we don't necessarily lurve the CIA and other spy agencies, especially when they've gone nutso and done torture and domestic spying, we also don't think they're useless, as long as there's someone trustworthy to keep an eye on 'em. Hell, we also trust the CIA a hell of a lot more than we trust the hairbeeste in chief.

Donald Trump will soon reveal the real hacker was Professor Plum, in the library, with a MacBook.

As for the briefing being "delayed," here's a surprise: Intelligence officials, speaking anonymously, have said the briefing was always scheduled for Friday. Maybe Trump was confused, since he said he knew a lot of "things that other people don’t know," and would let the world know Tuesday or Wednesday, and now he can't? Haha, we are kidding -- he was lying, because he is Donald Trump. We also feel compelled to point out that the intelligence agencies, which are a bit more professionally organized than Donald Trump, didn't exactly come up with their conclusions about Russian hacking of the DNC and the Clinton campaign just this week -- the CIA and Department of Homeland Security first issued a statement on the hacks back on October 7. You could look it up! Trump, for his part, said during the second presidential debate, two days later, "Maybe there was no hacking." So, you know, he's got his intelligence sources, too. Man knows more than 17 intelligence agencies, after all.

The weirdness continued Wednesday morning, when Trump made clear whom he really believes: The guy Russian intelligence gave the hacked information to, of course.

Couple things about that: Trump's conflating two completely different things here. Clinton's campaign chair, John Podesta, didn't have his emails taken from the DNC; he was hacked after responding to a "phishing" email, purporting to have been sent by Google, in March 2016. The DNC hacks dated back to the summer of 2015, and were not related to the Podesta emails. If details matter. The hack of the DNC was sophisticated, and well beyond the abilities of most 14-year-olds who don't live in movie scripts. Then again, all you have to do to shut down Trump's thought processes is say "email," and he'll go straight to saying all the emails ever were actually on Hillary Clinton's server -- yes, a claim he really made back in July.

But hey, Julian Assange -- there's a reliable source, what with his Australian political party's alliances with a bunch of far-right parties -- including "Australia First," whose "most prominent figure was a former neo-Nazi previously convicted of coordinating a shotgun attack on the home of an Australian representative of Nelson Mandela’s African National Congress." No biggie, said the WikiLeaks party, the alliance was the result of an "administrative error." Then, after failing to make much headway in Australia, Assange started cozying up to those great friends of transparency and freedom, the Russian government, which garnered him his very own show on the Russian RT network.

So sure, why would Trump want to bother with American intelligence briefings when he can learn all he needs to know watching Fox and RT?