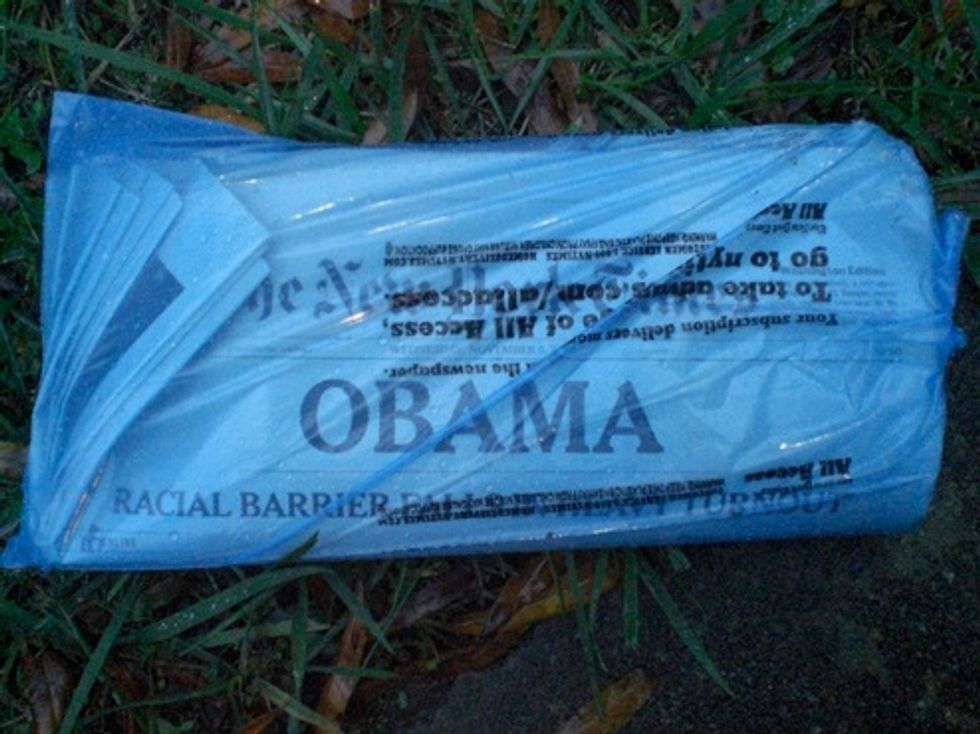 Amid all the excitement of last night's HISTORIC ELECTION a few important questions went unanswered, at least here on the Wonkette. For example: did fluorescent light foe and unrepentant baby-farmer Michelle Bachmann successfully defend her Minnesota district from insurgent chaotic-good lawn sprite Elwyn Tinklenberg? And whatever happened to thatpoop factory over in San Francisco? This morning, we have answers.

Here at Wonkette Information Headquarters we are celebrating Bachmann's win and praying for a clean Stevens victory, that we might still have these two marvelous kooks to kick around for a few more years.

Thanks to Michael McNarney for the rad foto.