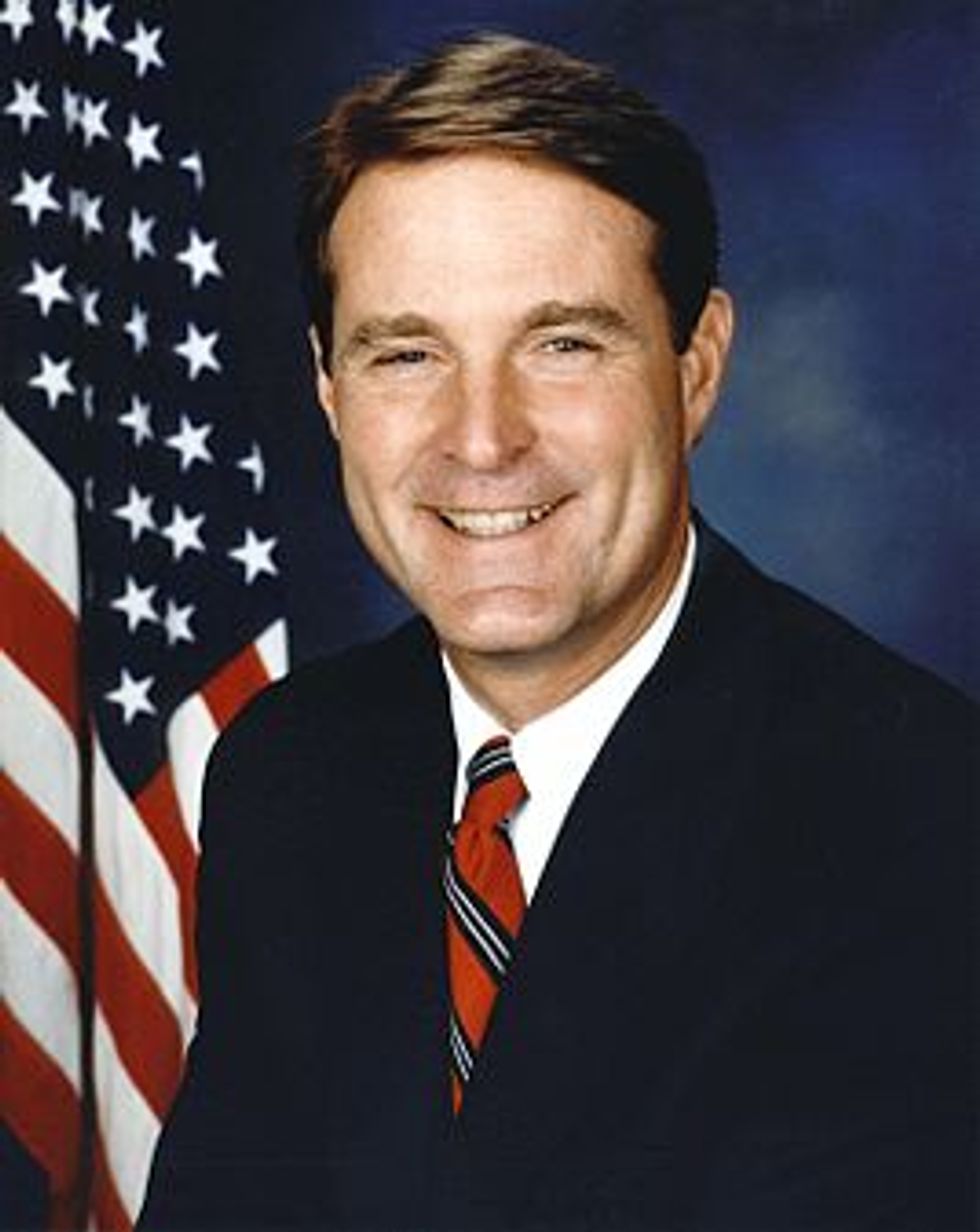 Our Special Wonkette Countdown of all the U.S. Senate races slouches into its final weeks with a look at the Great State of Indiana, a very red state whose governor is some guy who did such a great job that he figured he had a better chance of becoming Donald Trump's vice president than he did of getting reelected. But thank mighty Crom, we don't have to write about Mike Pence today. No, instead we're looking at the attempted return to the Senate of Democrat Evan Bayh, who retired from the Senate in 2010 to make a buttload of money doing whatever it is ex-Senators do -- oh yes, lobbying in Washington! Still, he's a warm body with a D after his name, and he's from an Indiana political dynasty -- his father was Birch Bayh, who served three terms and was one of the first senators whose name Yr Dok Zoom ever learned. As a youngling in the early '70s, we heard our very Catholic mother actually snarl the name "Birch Bayh," because he was some kind of demon who supported abortion. And now she is up in heaven, which raises the theological conundrum of whether souls in paradise can be heartbroken because their atheist sons write pro-choice rants for a liberal mommyblog, recipe hub, and My Little Pony .gif repository. But we digress.

Evan Bayh served two terms as governor of Indiana and won election to the Senate in 1998, defeating Dan Coats, who then won the seat back in 2010 after Bayh retired. And then Coats announced he wouldn't run for reelection this year, so Bayh is seeking the seat again. That seems rather unusual, and if Bayh retakes the seat, will probably be a first. (We have not researched this. We value our weekend.) It would make for a doozy of a trivia question. In a state where Donald Trump is favored to win the presidential vote, Bayh is running ahead of the Republican candidate, Todd Young, by six points in the latest Monmouth University poll, released Friday. That's down from the double-digit lead he had shortly after he announced he was running again, as discussed in this NPR story from Thursday that reminded us we still hadn't hit Indiana in our Senate Countdown, shame on us! Give it a listen:

The Indianapolis Star truth-squadded the ad, and decided, yes, parts of it are true, like the fact that Bayh definitely worked for Apollo Global Management, he was well-paid, and the firm did indeed pay a big fine to settle an SEC complaint. Oh, and an Indiana retirement fund was one of the investors. But there's a teensy problem with the claim Bayh ripped off grandma: "his campaign says he was not involved in the management or financial decisions of the company and did not advise on corporate policy or compliance," and the fact-checkers conclude "absent evidence to the contrary, it’s a leap to suggest Bayh is responsible for the company's alleged misdeeds."

So yeah, Evan Bayh is a rich dude who voted for the Iraq war, he's a "pragmatist" who's running a red-state Democratic campaign, and while back in 2008 there were rumblings that Barack Obama might pick him as a running mate, no one's going to be mistaking him for a Bernie Sanders or a Sherrod Brown. On the issue that led Mama Zoom to first hiss the name "Bayh" in our memory, Evan Bayh has a mixed record -- during his previous terms, NARAL gave his voting record ratings ranging from 100% in 2004 and 2005 to 55% in 2009 and 0% in 2010, so that's a mixed bag. Nonetheless, we're pulling for him as part of the Dems' overall goal of retaking the Senate, particularly given Young's consistent 100% ratings from anti-choice groups. Plus, there's that bitchin' trivia question riding on this election.

Want to help the Dems retake the Senate, and support a sort of reasonably liberal candidate? Evan Bayh's ActBlue donation page is right here. Want to help Yr. Dok Zoom survive writing about the last 3 of 34 Senate races in 2016? Our coffee and more coffee tip jar is right here!