Your Smart TV Is Probably Spying On You, What Could Go Wrong? 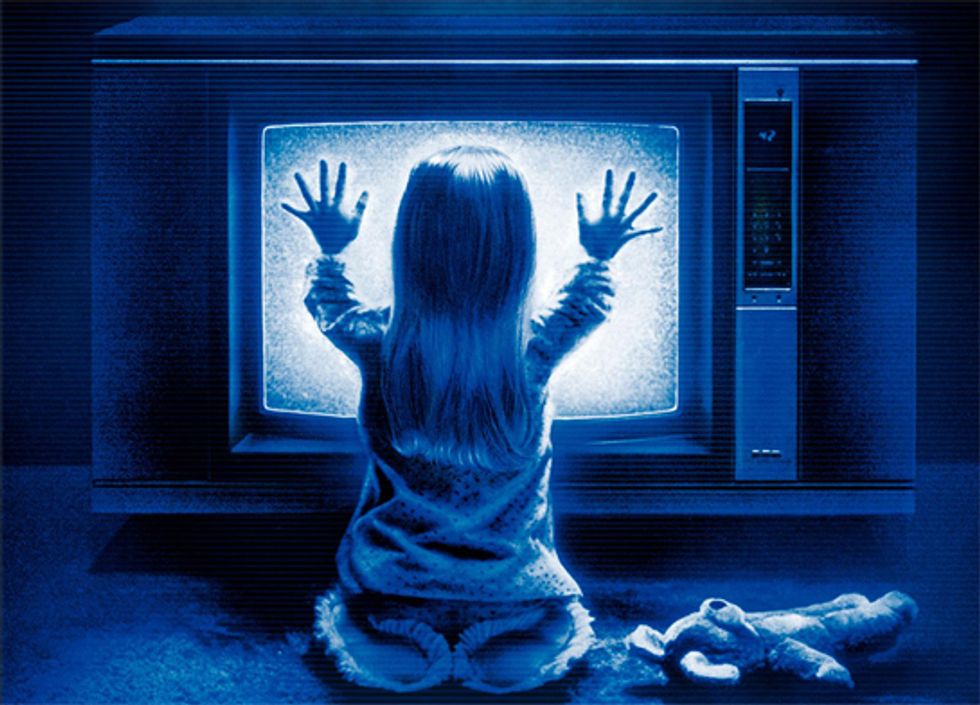 This is not disturbing at all, unless the thought of your Smarter-Than-You iDevices spying on you and recording your conversations and your texts and your darkest thoughts inside your brain is disturbing, in which case, yeah, you might find this a little concerning. As The Daily Beast reported, a little-known codicil in the privacy policy of Samsung's SmartTV states:

Please be aware that if your spoken words include personal or other sensitive information, that information will be among the data captured and transmitted to a third party.

In the old timey days when our grandparents wore onions on their belts, you had to actually get up off the sofa and twist the knob thingy to change the teevee channel. But then some genius was like, "No one's got time for that!" and invented the almighty remote control, so you could just press some buttons and save all that precious time for more binge-watching without even straining a muscle by standing up and walking a few feet. But since button pressing is also extremely time consuming, as is looking for the damned remote (it was right here a second ago!) now there's voice activation, so you can just say, "Teevee, I want to watch a show," and your teevee will say, "OK, that show sucks, but it's a free country, so no problem, I'll put that on for you, and oh, what was that you just said about your alcoholic mother-in-law?"

CNET's Chris Matyszczyk contacted a spokeswoman for Samsung to ask what exactly that privacy policy means and who is this third party who gets to listen to your private conversations and read your sexts and, uh, WHAT? But apparently there is absolutely nothing to worry about:

Samsung takes consumer privacy very seriously. In all of our Smart TVs we employ industry-standard security safeguards and practices, including data encryption, to secure consumers' personal information and prevent unauthorized collection or use.

And as for your information being "transmitted to a third party," well, there's nothing to worry about on that front either, because "Samsung does not retain voice data or sell it to third parties." So if you use your voice to ask your teevee to do things for you, it will transmit that information to some anonymous third party server to process that request, but it won't auction off your dirty secrets to the highest bidder, so that's kind of reassuring, maybe?

But for those people who are still super paranoid about their televisions spying on them, Samsung advises that you can just turn off that whole voice recognition feature and disconnect from your WiFi, even though that's probably the main reason you bought your super-smart TV in the first place. But hey, if you're going to be that concerned about your personal data being collected and shared with third parties -- even though Samsung also assures you that no, it's not really sharing your information with third parties, despite its privacy policy statement that yes, it really is, so who even knows what the hell it's doing? -- just shut the whole thing down, go off the grid, live in a cave, and maybe just get off your butt and change the knob thingy your own self. Except that they don't make TVs with knob thingies anymore.

Or just remember what the government has repeatedly told us about its surveillance programs: As long as you're not doing anything you shouldn't be doing anyway, you've got nothing to worry about. There. Don't you feel better now?