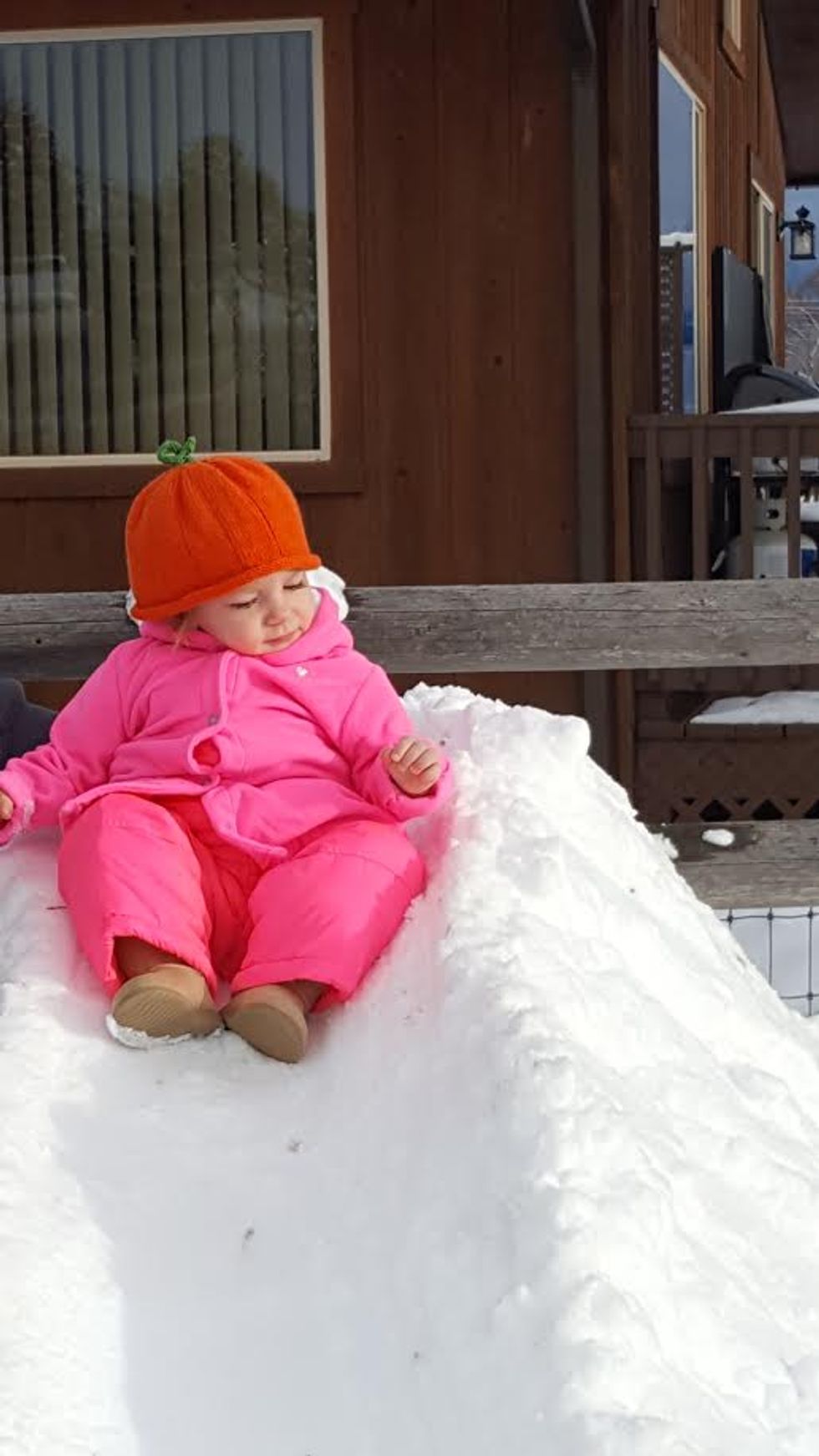 Not Cindy Brady, and you can tell because she's not tattling. It is Wonkette toddler in the snow!

Oh hey, Wonkers! It's time for your weekly top ten post, where we tell you the top ten posts of the week and you catch up on what you haven't read and you share ALL OUR STORIES ON FACETWITTER ONE MILLION TIMES! And guess what? The top story of the week is about how growned-up Cindy Brady really, really sucks. But it's OK because she got fired for sucking, hooray!

BUT FIRST, before we count you out the top ten stories, we will demand money, because that's what we do in the second paragraph. So please to throw $5, $10, or $25 at our faces? WE DEMAND IT. Politely! Seriously, if you are able, then pull out your wallet and throw money on our face! OW, OW, THAT IS OUR FAVORITE! Anyway, you can also pull out an envelope and stamp and send money to Wonkette, PO Box 8765, Missoula MT 59807. OR you could just do one of our "ad-fewer" subscriptions, where you only see glorious in-house ads, from our actual friends, instead of yucky-nasty ads.

1. Like we said, growned-up Cindy Brady is awful and sucky and homophobic and hateful, therefore she should fuck right off.

2. Donald Trump's team addressed the Russian hacking by saying the CIA is a big dumb stupidhead.

4. Donald Trump has been intimidating the Electoral College, because of course he has.

5. Why is everybody being so MEAN and RED-BAITY to poor, dear Russia? HERE IS WHY!

6. Hahahaha OMG Kellyanne Conway thinks Justin Timberlake is going to do Trump's inauguration. (He better not.)

8. Badass honey badger union boss ain't give NO FUCKS about Donald Trump or his flying monkeys.

9. Stephen Colbert has a message for Alex Jones, Wikileaks and Reddit trolls, and his message is FUCK OFF. (This is literally in the same spot as last week, because it's in the same spot THIS WEEK.)

10. And finally, looks like some Republican senators are good and ready to kick Russia's Trump-lovin' ass. Hooray!

Oh, hey, sign up for our newsletter RIGHT NOW. It's for us being able to send you sexxx notes every morning!