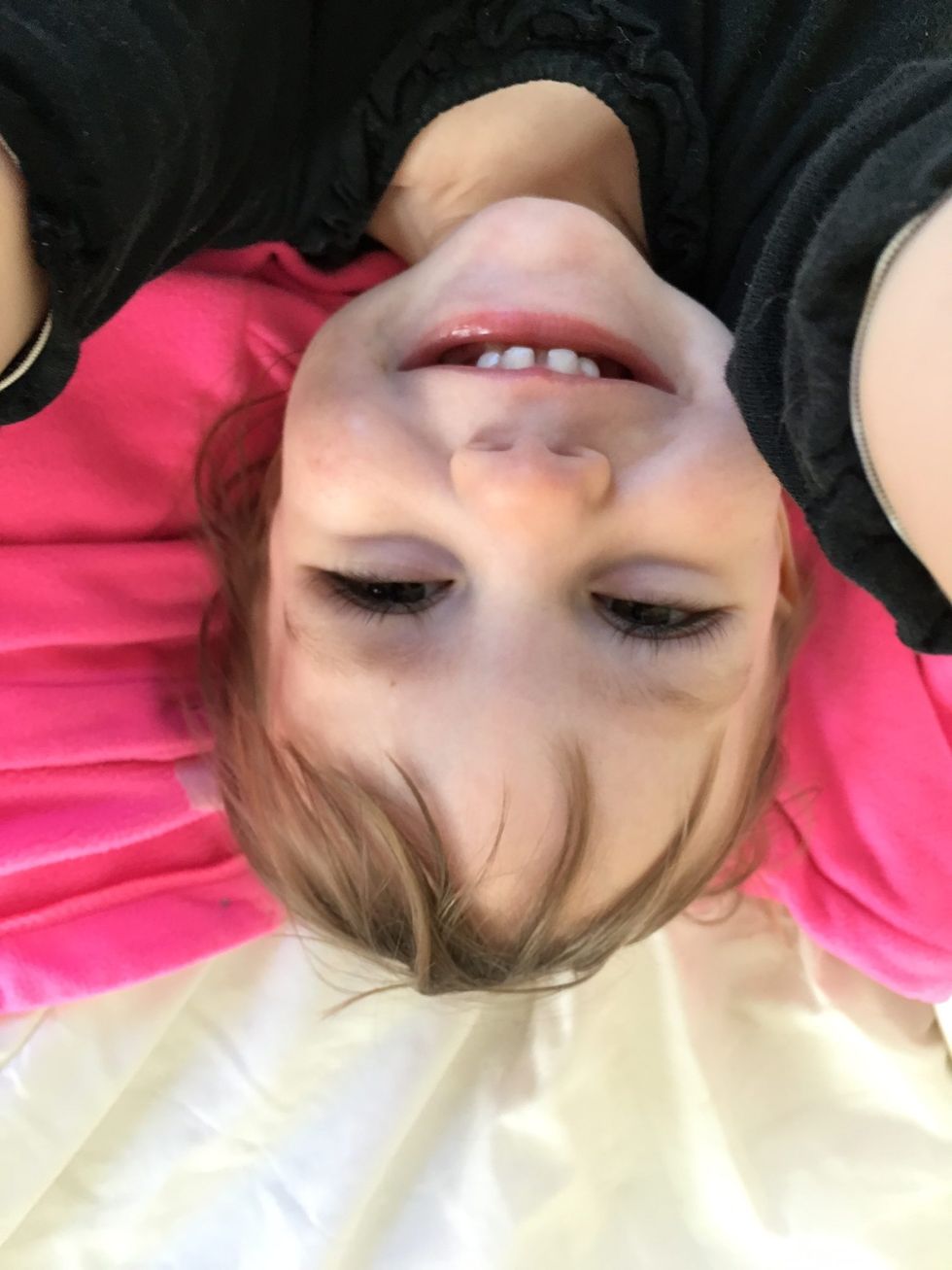 OH HI WONKERS. We are going to say you a secret right now, and it is that we write this post on Friday afternoon and are probably sleeping when it self-publishes itself BY MAGIC SORCERY at 10:30 on Saturday morning. So, when you read this, we will either be Not At War with North Korea, or we will be At War with North Korea, because Donald Trump failed one of the most ginormous tests of the U.S. American presidency, which is "CAN YOU PLEASE KEEP US OUT OF A WAR WITH NORTH KOREA PLZ THANK YOU?" So! Anyway, we will count down our top ten stories of the week in this post, because that's how this post works, and also we will watch the above video, of Wonkette Baby Toddler Human carrying her lantern.

Know what else happens in this post? US ASKING YOU FOR MONEY, with all the love our hearts can muster! See, we are 100% funded by you readers, and we have no ads, and we love it, and you love it, but we have to keep asking you to give us dollars and subscription moneys and things in order to make this system work. Will you throw $5, $10, or $25 at our faces? Or we even take thousand dollar and million dollar donations, like if you are a secret famous celebrity fan of Wonkette! Seriously, if you are able -- DO NOT MONEY US IF YOU CAN'T AFFORD IT -- then pull out your wallet and sign up tothrow money on our face every month! You can also pull out an envelope and stamp and send money to Wonkette, PO Box 8765, Missoula MT 59807. Or do a subscription! Whatever, just please support us any way you can.

Look, it's the traditional Wonkette Baby Donation Pressure Lion Of Cuteness, who thrives on donations:

1. That whole United Airlines thing was some fuckery, wasn't it?

2. Sean Spicer no longer allowed to even think about trying to talk about Jews, ever again.

4. According to UNNAMED SOURCE, Trump idiots DEFINITELY colluded with Russia to hack the election.

6. That Alabama horndog ex-governor actually synched his extramarital sexts TO HIS WIFE'S IPAD.

7. NO RLY DID DONALD TRUMP JUST HAVE A STROKE?

K HAVE A NICE WEEKEND GOODBYE.