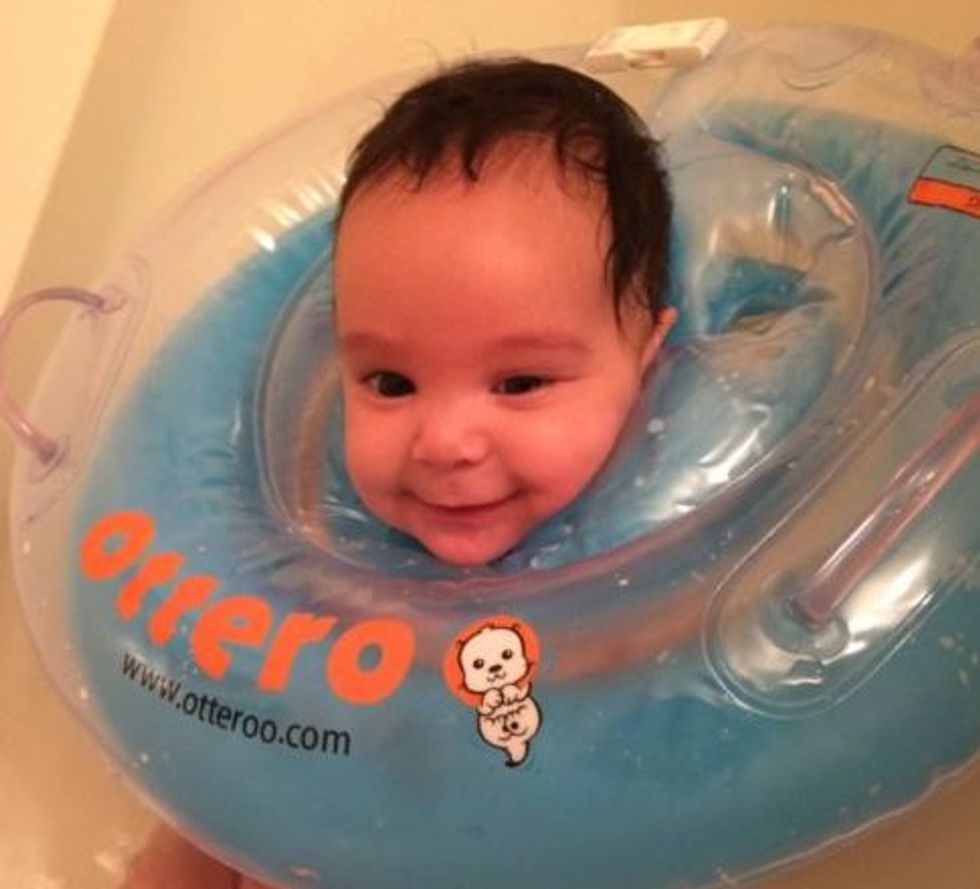 Good morning, Wonkers! What a week! First, Evan was out, and I have never missed anyone so much IN MY LIFE. Second, I was horribly depressed the first couple days -- maybe you are familiar with this feeling! -- and just sat like an ACTUAL LUMP OF SHIT and waited for Dok and Robyn and $ Five Feminist to hand me stories, like ... Jabba the Hutt? Yes, I was JUST LIKE THAT. (They were Triplet Princess Leia.) But toward midweek I started feeling better and started firing on SOME cylinders, and then some INTERESTING NEWS HAPPENED and doesnt that make you feel a whole lot better? OH MY APOSTROPHE JUST BROKE. FORGET IT I AM LEAVING FOREVER.

We will get to the WEEKS TOP TEN in just a moment, but first I must money you! As you may remember, because we tell you at the end of every post, your Wonkette has made the plunge to totally AD FREE. We did this because the money dropped by two-thirds and then THEY DIDNT EVEN PAY US. But you, wise and generous Wonkers, took on that burden. And every month since, you have put us over the top of what we need, for modest but liveable salaries, and servers, and all of the things. At the moment, we are about $3000 shy of our monthly nut (it always slows at the end). We get 800,000 or so readers per month, a goodly chunk of whom are like HMM THIS MIGHT NOT BE THE WEB SITE FOR ME and are never heard from again! But there are about 9,000 of you per month who visit like ... 100 times? One thousand? And of those, only roughly 3,000 of you are GIVING US MONEY! That is (MATH) one-third! If you are one of the 6,000 who is not shoveling ducats straight into our Scrooge McDuck maw, please consider starting up! JUST IMAGINE what we could do with a tripled budget! We would hire five or 17 more people and give them all ponies! We would have RAISES, and VACATIONS, and pay off our credit cards! Can you imagine anything funner than that? (Hahaha, remember being young and having funner things than "paying off credit cards"? WELL, I DONT.)

OK I am tired, here are your stories!

1. The Week In Terrible Men: Evil Women Wear Leggings Just To Torment Incels. You guys really liked Robyn's story about this, the leggings and whatnot.

2. Idiot: Trump Won Because Liberal Chicks Won't Bone Down With Jerk Republican Men. And another Robyn post that you also liked!

3. A Texas Billionaire, The Stripper He Beat Up, and the Mugshot He Doesn't Want You To See. Guys, if you haven't read this guest post from "Respectable Lawyer," PLEASE DO! You will not regret it!

4. Oh Do you Think Trump Will Be Mad About This BREAKING PAUL MANAFORT WIRETAPP FROM THE CAMPAIGN TIMES. PROBABLY! Since we then learned that Manafort was just stone cold offering "private briefings" on the campaign to Russian billionaires!

5. New York Times, You Got Some Trump-Russia SPLAINING TO DO. Never won't be mad about this! A post by me!

8. Jesus Facebook Does Russia Have A Pee Tape Of You Too? Because of how you always love Evan's stuff best, like this one, which isn't even from this week at all!

9. Ken Burns Loves The Smell Of Napalm In The Morning. A Wonkette Documentareview! A third Dok! is he the winner???

10. Roy Moore Only Used Racial Slurs Because He Was Quoting Jesus Okay? NOPE ROBYN IS HAHA SUCK IT DOK. Just kidding, he is #loved.

And that is it from me! I deliver you into Robyn's strong yet tender weekend hands. SEE YOU FUCKERS! The end.