Your Year In Wars On Women, Religion, Christmas, Various Aspects Of Reality 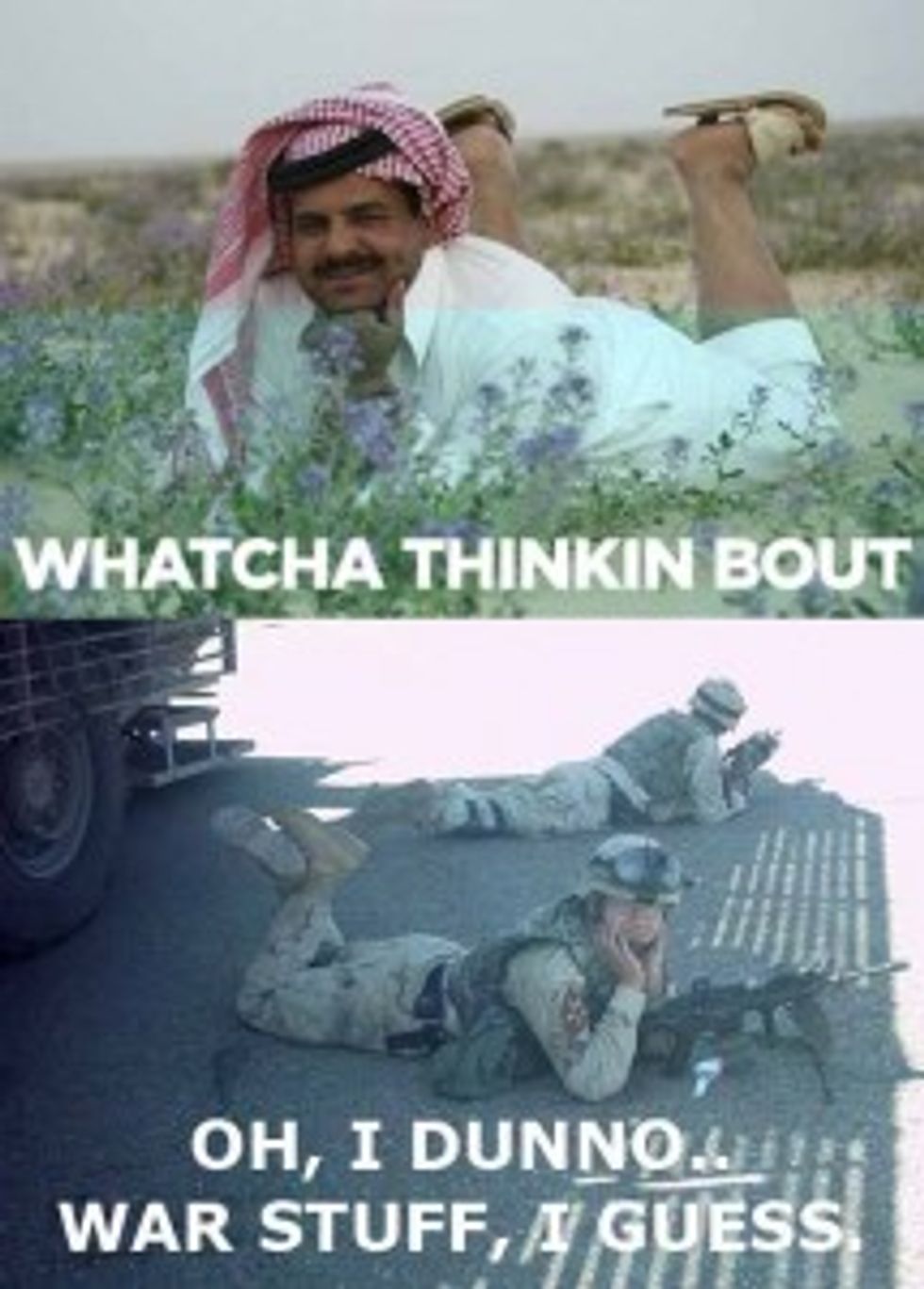 Haha, you thought this Warblog would be about actual military things? Way too depressing! Instead, we are going to look at some of the variousmeth-a-phorical battles, assaults, squirmishes, and whoop-te-doos of the year past, like when Republicans had a war on women and Fox News said nuh-uh, 'cause it was phony, and the real problem was the liberal war on Christmas, and Obama's war on coal...and religion...and fossil fuels... and fast food... and you get the idea, Jon Stewart did that thing already. But still, lots of wars, is what we're saying!

So let's start with that War on Women thing, which really has so many examples that we almost don't need to list them, but if anyone wants to do a list-of-things song like "We Didn't Slut the Fire" or "88 Lines about 44 Wars On Women," we say go for it. Some sort of "Sandra Fluke, Patty Duke / Rush Limbaugh makes me puke" kinda thing.

We could do a whole column just on all the stuff about how the GOP and maybe God Almighty took an intense interest in lady parts and how ladies are using them wrong, to hurt America, but there simply is not room for all the crazy, so let us simply use Arizona as a synec-douche for the War On Women. In the space of just a few weeks, Gov. Jan Brewer signed a bill that allowed employers to opt out of whore-pill coverage (because conscience), cut off funding for Planned Parenthood, and signed an anti-abortion law that combined a transvaginal rape-machine requirement with a definition of pregnancy that appeared to allow fetuses to time travel, because if God can't stop abortions, He at least wants ladies who have them to be aware of what shameful murdering sluts they are.

Oh, hell, let's also toss in the fucknuts from Wisconsin, from that one day in March when we had like four stories about male idiots saying unspeakably stupid things about violence against women. Hey, we'll link to them, but damned if we want to go into any detail, Jesus, these people.

And then there was Barack Obama's War On Religion, which we sort of touched on earlier today, but it went far beyond contraception! For instance, there was his scandalous mention of "freedom of worship" instead of "freedom of religion," which Ricks Warren & Santorum decided meant that Obama only thinks the Consitution applies to "what happens in the one hour on Sunday morning as worship." Because sure, why not! Obama also didn't mention God nearly enough, even when he did. His war on God even included scurrilous attacks on History, because sometimes he would talk about how the Declaration of Independence said we are endowed with certain fundamental rights, but didn't always say "endowed by our Creator," a very important and telling distinction that many people missed simply because their eyes go a little unfocused at any juxtaposition of the words "endowed" and "Barack Obama."

And finally, of course, there is the Very Serious War on Christmas, which Your Wonkette totally won. We even have a collection of the dispatches from the front, on our Pinterest page, which what the hell is a Pinterest anyway? Oh, and Fox News determined that Barack Obama was piling on, replacing Baby Jebus with Bo the Dog.

That is about all the spiritual warfare we can handle for now, Wonketteers, so we are going to go do battle with some spirits, if you know what we mean.