2013: The Year Of Falling Head Over Heels For The Socialist Commie New Pope 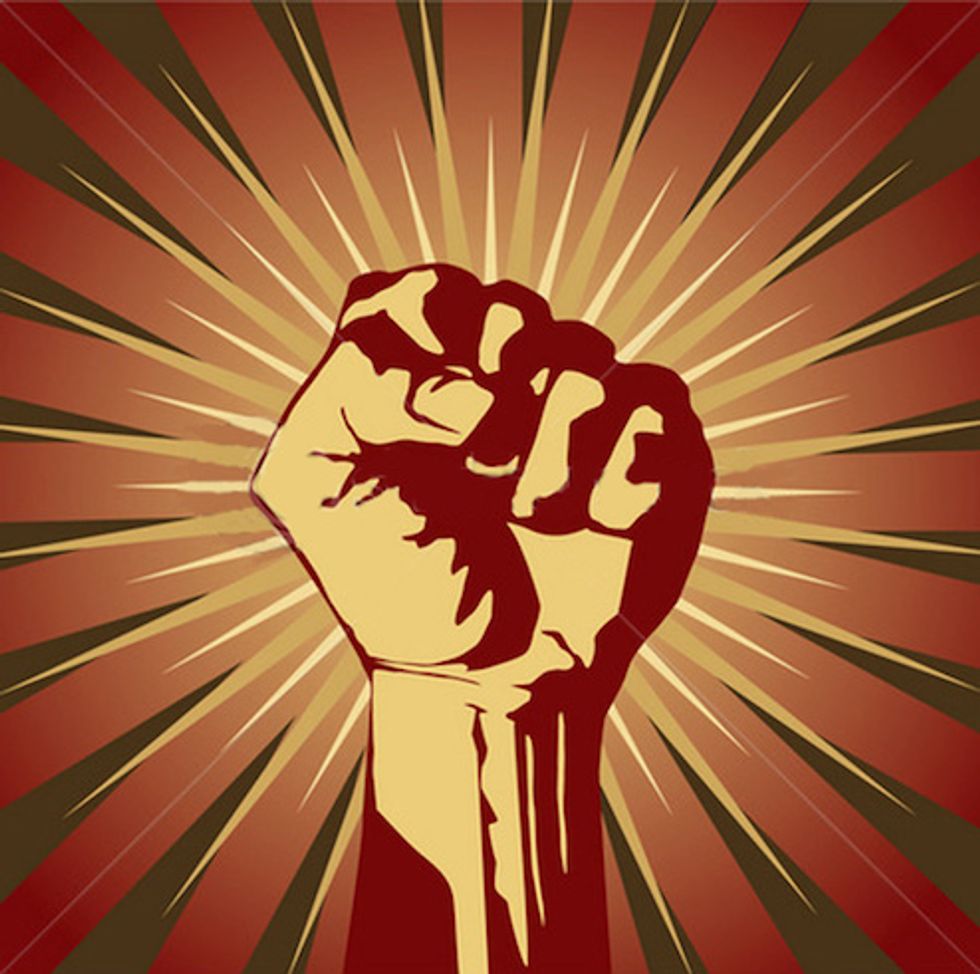 2013 did not start out auspiciously, pope-wise. Remember? We were saddled with the doctrinaire and creepily Star Wars Emperor-looking Benedict, and we thought the sun would never shine again in Popeville. But then, like a miracle from the heavens above, Benedict did a mic drop and peaced out in March. Then we all sat by the phone waiting to see if anyone would ring us up and see if we wanted the gig, but that never happened. Then we learned that New Pope was a Jesuit and maybe even sort of loved the poors and we reserved judgment UNLIKE YOU PEOPLE and decided we would wait and see if we liked him. (Also, Editrix insists we point out ONCE AGAIN that she was basically the first person to be like NEW JOHN XXIII YO, because it is pretty much the only time she has ever been right.)

Now we are in love with New Pope and you will just have to fucking DEAL, people. Yes yes yes still bad on gays and abortion please leave us one million comments and links to this effect, kthx, even though we already yelled at you about this. We are standing by our March 2013 prediction: dude is going to give us Vatican III. Just watch.

New Pope kicked off his lifetime appointment by being nice to atheists and Muslins. He's all everyman and drives a Renault, which is a car we didn't even know existed anymore, so good on him. He sidelined a bishop for being too bling, people, and he delivered a bit of a smackdown to that doofus cardinal that said John Kerry couldn't take communion because of 'bortions or something. Benedict probably would have promoted those guys to SuperBishops instead.

New Pope also sneaks out in the dead of night to minister, which isn't a euphemism -- he slides out the Vatican in plainclothes and goes all double secret poping to poor people. Do you slide out of bed in the middle of the night just to go do your job? No, you do not.

On the homosexxican and babykilling front, Francis said "oh hey guys, could we stop talking about this all the fucking time because maybe there are more important things we might want to talk about?" We like to imagine Rick Santorum's head literally exploding like that guy in Scanners when he heard this.

Mostly, though, we will all gay marry the pope because he has pretty much told the rich to go hang, which is making some richie rich people SO MAD.

According to [Home Depot founder and super duper Catholic] Langone, an anonymous, “potential seven-figure donor” for the Church’s restoration of St. Patrick’s Cathedral is concerned that the Pope’s criticism of capitalism are “exclusionary,” especially his statements about the “culture of prosperity” leading to the wealthy being “incapable of feeling compassion for the poor.”

No better way to prove the Pope wrong on the inherent selfishness of the rich than threatening to withhold your millions if the pope doesn't suck your dick hard enough 'cause you've got the coin.

Just you wait, people. New Pope has already essentially called for the complete dismantling of market-based capitalism, and you, rich sumbitch anonymous donor, will be first against the wall when the revolution comes. Viva La Revolucion! Viva La New Pope!!