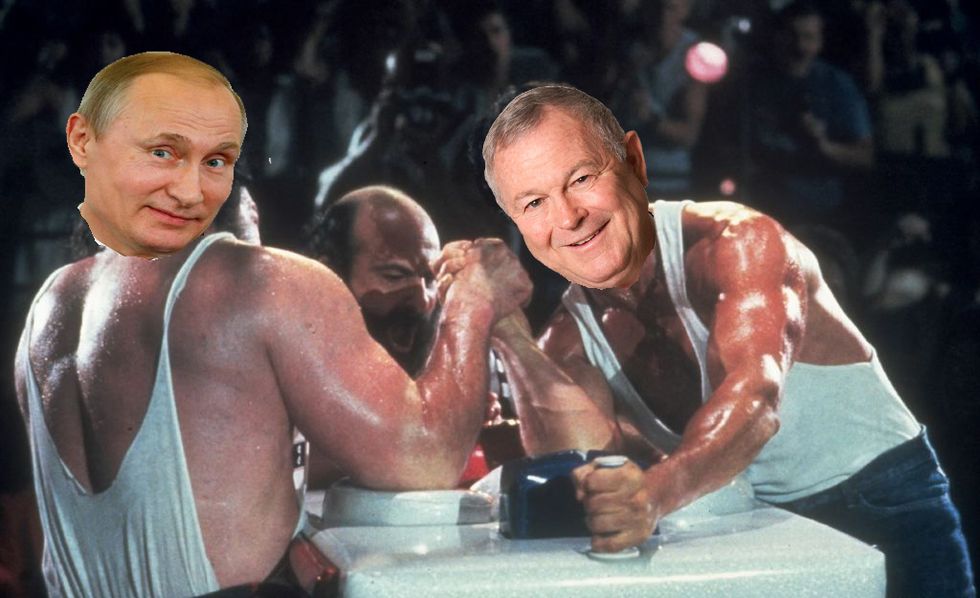 This week we're talking about California's 48th Congressional District, a sliver of Orange County and home to Huntington Beach, Newport Beach, Laguna Beach, Sunset Beach, and rich white people who like fucking Catalina wine mixers. This is the first time the heavily Republican district has been thrown into toss-up in almost 30 years. Naturally, it's attracting a lot of attention.

This little slice of paradise has sort of been run by Dana Rohrabacher since 1988. We say "sort of" because redistricting helped unfuck California Republicans in 1992, 2002, and 2012 so that they could fend off any challengers. These days, California's congressional Republicans hold less than 50 percent majorities in their districts, and none are more vulnerable than Rohrabacher, according to recent polling.

Rohrabacher has never had a serious challenge in his 15 terms as a congress creep. The most recent FEC filings show that Rohrabacher ended last year with only $713,144 in his war chest, yet his (currently) eight Democratic opponents raised more, with several already loaning their own campaigns hundreds of thousands of dollars. To make the race more interesting, he's being primaried by three other Republicans, an independent, and even MRA crybaby Mike Cernovich is threatening to dip his toes in. As the filing deadline for candidates isn't until March 9, we could see even more people jump in this race.

Once you start looking at the actual data, it's easy to see why Rohrabacher is vulnerable. He skips a lot of votes without any explanation, sides with Trump and Republicans 86.6 percent of the time, and is quite possibly the laziest son of bitch in Congress, having only enacted four bills his whole career -- all of which fall into two categories: being a dick to DC residents, and outsourcing NASA. And we haven't even talked about his love of Russia or support for the Taliban.

Dana Rohrabacher (R-The Taliban) For Secretary Of State? LOL They Are Just F*cking With Us Now

Mike Cernovich, Alex Jones Know Why You Hate Them And Putin, It Is Because You Are NAMBLA!

I don't know if it is just that. People probably also hate them because they are so very good looking and have the best taste in fashion.

Of the eight different Democrats running against Rohrabacher, the two front runners are Harley Rouda and Hans Keirstead. Rouda, a businessman, has been accused of being a DINO (Democrat in Name Only) after somebody dug up his past donations to Republican candidates. Rouda insists he's now, "100% Democratic and strongly for Democratic values" like gay marriage, abortion rights and immigration reform. Keirstead, a stem cell researcher and entrepreneur, has been called out for lying about his PhD and accused of not being that rich. Remember, this is fucking Orange County.

At a recent debate between six of the eight Democratic candidates, the current contenders voiced their support for all the usual Democratic hallmarks -- equal pay, LGBT rights, women's rights, climate changes, healthcare -- and they took every chance to say Rohrabacher needs to go. Since Rohrabacher's currently under investigation by Robert Mueller for being so curiously pro-Russia that he literally has a Russian codename (and not because of that time he drunkenly arm-wrestled Putin in the 1990s) there's a greater than zero chance Rohrabacher gets indicted. Democrats are even banking on this possibility, with the DCCC setting up this handy little website.

The primaries aren't until June, but this is race is already getting savage. With California having a top-two system, the November ballot might not even have any Republicans, let alone Rohrabacher. As such, we're not endorsing anyone (yet). It's still way too early to make any predictions beyond Dana Rohrabacher is fucked.