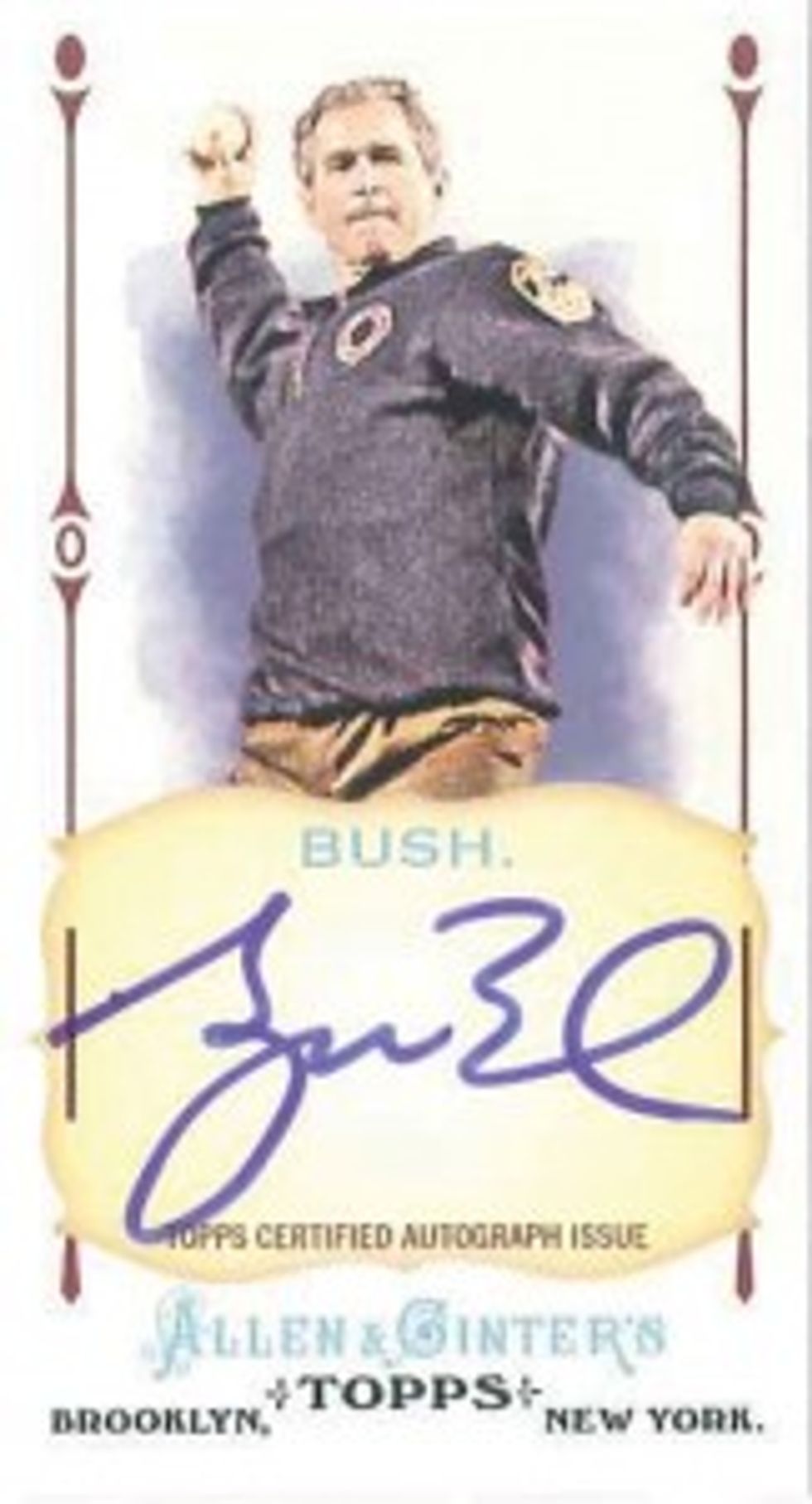 What is the number one top most important thing to remember about how alcoholic clown prince George W. Bush acted in the wake of the 9/11 terrorist attacks? Was it the EIGHT THOUSAND NINE HUNDRED THIRTY-FOUR TRILLION DOLLAR WAR that he started for fun and oil and murder? No, because who remembers those things. That crazy elephantine orgy of torture and child execution is gone from the radar these days. Sohere you are, a signed "baseball card" of Hero George Dubya throwing a pitch at Yankee Stadium during Game 3 of the World Series, right after 9/11, to make us feel better. It is good to see that in these hard economic times, it is still possible to make a "9/11 memories" buck.

And of course Fox News reported on this:

“Our 2011 Allen & Ginter product will continue Topps’ historic tradition of chronicling heroes both on and off the playing field,” Topps VP, Mark Sapir, said in a statement. “We’re thrilled to announce that this year’s set will include limited edition autographs of our country’s 43rd President, George W. Bush – marking the first time ever that a living President has made their autographs available in a trading card product.”

The limited edition autograph cards feature an image of Bush throwing out the first pitch at Game 3 of the 2001 World Series at Yankee Stadium, just weeks after the 9/11 suicide bombings of the World Trade Center.

Also included are 10 special cards signed in red ink, some with inscriptions next to the former president’s autograph, including “#43” and “U.S.A.”

It is a thoughtful way to remember this, the event that killed thousands of human people and plunged America into a costly, pointless war. Good marketing, Topps.  [Fox News]