A Children's Treasury Of People Standing On Graves, Like That Awful Piers Morgan 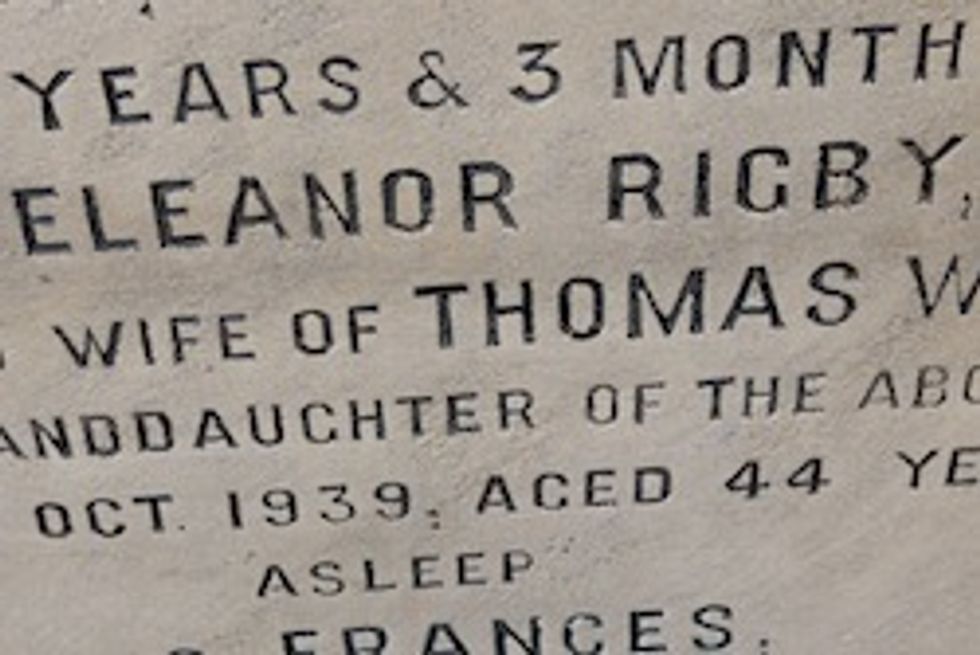 Aw, poor gun people, being bullied by the phone-hacker who pulled Larry King's old chair out of a dumpster.

“You have been a bully on this issue... I watch your show, and I’ve seen it repeatedly, what you tend to do is you tend to demonize people who differ from you politically by standing on the graves of the children of Sandy Hook, saying they don’t seem to care enough about the dead kids," Shapiro said.

How rude of Piers, fighting for a position after a horrible tragedy! If something happens and you are mad about it, trying to prevent it from happening again is Standing On Graves. SHAME, PIERS. Good thing Shapiro was around to defend the dead kid-graves, from people who would rather they be alive!

Shapiro also whipped out a copy of the Constitution, apparently because he thinks patriotic props are cool and was not allowed to just stand on the desk waving the stars and bars. When Morgan mocked him about attempts to "brandish your little book," Shapiro got all huffy about how it's NOT MY LITTLE BOOK, PIERS, it's the Constitution and you have to speak of it only in hushed tones, and keep a copy in your underpants always, in case your argument sounds stupid without it.

Anyway, the image of ol' Piers standing on graves got us thinking — who else has been a grave-stander, that has gone un-accused because Ben Shapiro was born like three weeks ago? Who was so deeply moved by deaths that they offensively tried to do something about it, because they are dirtbags who try to fix things?

The Texian general routed the Mexican Army at the Battle of San Jacinto, and his troops were reportedly inspired by cries of "Remember the Alamo," which is just standing on graves verbally. 1,500 Mexicans somehow figured out how to take out like 200 undersupplied Alamo defenders, and all of a sudden we're going to just go and blame the Mexicans for that?! Defeating the Mexicans and winning independence for Texas is not the answer — we should focus on mental health services before we defeat the Mexicans.

But grave-standing is not just part of wars — sometimes, it is the whole reason for them. Just take this next example:

He wasn't standing on graves, per say, as much as he was wheeling onto them, but his whole Infamy Speech thing was just a bespectacled old man standing on the graves of those who died at Pearl Harbor. How dare he try to respond to "the unprovoked and dastardly attack by Japan on Sunday, December 7th, 1941." You can't just do something. Besides, the whole thing was clearly caused by violent video games.

And speaking of polio...

Standing on the graves of the hundreds of thousands of polio victims, Salk announced to the world that he'd developed an effective polio vaccine, and was all like "we should test this" and "hey why don't we completely eliminate a horrible disease from a continent" and stuff. He was a disgraceful Constitution-stomper: Moral, God-fearing Americans used polio to hunt deer, and Salk's vaccine selfishly took that away.

Christians not only stand on Jesus' grave, defending his hatred of gays and women, but they wear little necklace reminders of how Jesus got into that grave in the first place. It is two pieces of wood in a little "cross" pattern, if you haven't seen it, though the symbol also constitutes about 70 percent of American biceps tattoos, so it's pretty hard to miss it.

Jesus died for our sins, though it's not clear if anybody has any idea what good that did. It doesn't matter to his grave-standers though, because he did it, and now we have to follow his rules, or else we will be somberly lectured by someone wearing very boring underpants. Wait, does this not fit with the other sarcastic list items? What about when Bush went to Ground Zero with a bullhorn and literally stood on graves? It almost seems like "standing on graves" is not a nuanced enough accusation to be a legitimate argument... like, maybe it takes more than saying a verb and metaphorical location to deflate an argument, because maybe the debate is more important than stupid metaphors. Maybe sometimes Bad Things are a good enough justification for discussing drastic measures.