A Helpful Taxonomy Of Who Should Be Carrying Guns Around Children 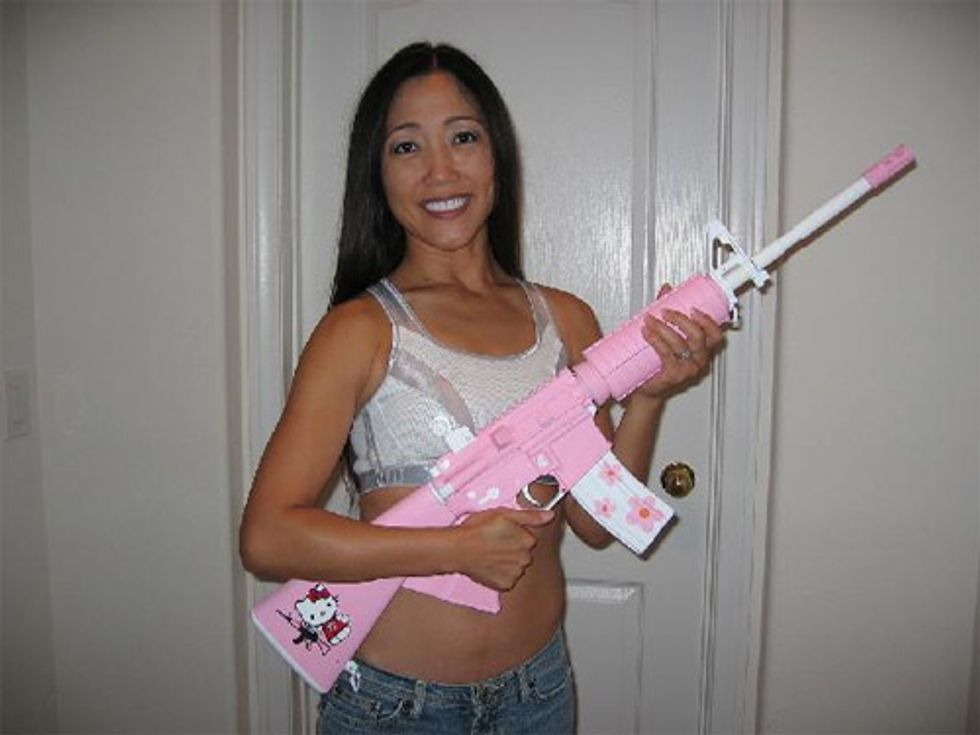 In these heady days after a man committed a horrific mass murder of innocent children, it's easy to think, "We would all be safer if everyone carried around big-ass rifles to protect against crime."  And it's easy to think that because you're a fucking AMERICAN who knows about every citizen's right to presume that everyone else is trying to kill him.

But there's a small catch to this.  America has police (for some reason), and they're licensed to not only carry weapons, but can arrest you!  And not in the cool citizen's arrest way where you draw on a guy and spout one-liners until a hapless fat cop shows up covered in powdered sugar to fumblingly snap handcuffs on the guy, but in the put you in jail way.  One Arkansas town is taking advantage of this, and is arming all of its officers with AR-15s so they can demand IDs.

Stovall said while some people may be offended by the actions of his department, they should not be.

“We’re going to do it to everybody,” he said. “Criminals don’t like being talked to.”

“They may not be doing anything but walking their dog,” he said. “But they’re going to have to prove it.”

I don't like being talked to, either, but that's because I'm a lippy minority.  So, since it is Really Very Bad to have police officers trained in the use of firearms walking around with big-ass rifles, it is now incredibly confusing as to who should be armed at all times and who should basically have a safety whistle.  Your Wonkette is here to help you, particularly if you need to know whether to save up for a 12-gauge shotty.

Should they be armed with big-ass rifles? Yes.  They must protect our children from rampaging shooters.  They should preferably be armed at all times, because when you're around emotionally immature, irresponsible young people, you want to be able to shoot whatever marauder they're all screaming about like he's fucking Justin Bieber, with murder.

Should they be armed with big-ass rifles? Fuck no.  They punched a Fox News guy in the face after he started pushing them.  They're too violent for polite society.

Should they be armed with big-ass rifles?  No, but they can teach the rest of us how to hold them sideways like gangsters.

Should they be armed with big-ass rifles? They should actually be given those Robocop leg holsters and permitted into all public and private spaces at all times.

Should they be armed with big-ass rifles?  Around everyone else but the people in the prior category, yes.

Should we be armed with big-ass rifles? Please vote in comments, but only vote yes.