A Non-Boring Thing Explaining Why We're Putting All Your Priests In Free Speech JAIL! (Also: We Aren't) 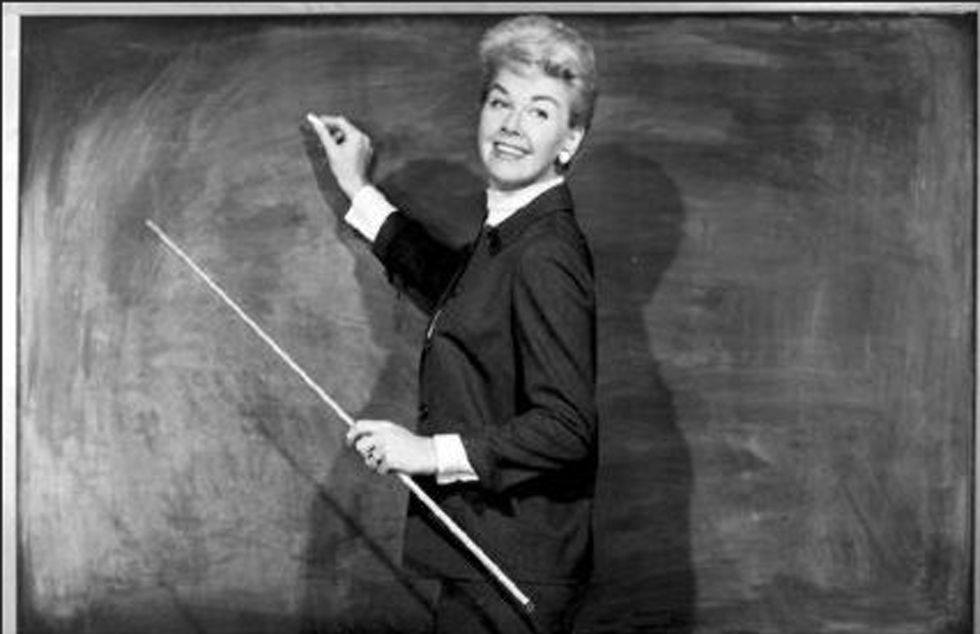 Speaking at the National Prayer Breakfast on Thursday, Donald Trump announced that he "will get rid of and totally destroy the Johnson Amendment and allow our representatives of faith to speak freely and without fear of retribution.”

However, while you or I might see that as a bad thing (which it is! It is very very bad!), there were Christian conservatives all around the country cheering. Because that is what they want, desperately, with every fiber of their being.

"Oh for joy!" they cried "Those secularists won't know what hit them! IT'S DOMINION TIME, NOW BABY!" or something like that. Some tried to be more rational, tried to frame this as a freedom of speech issue. Because nobody should tell churches what to do or say, or how to spend their money!

Besides, they shouted, "Planned Parenthood can endorse candidates, so why can't a church? How is that even fair?"

I'm gonna break this down real quick and easy. Planned Parenthood, in and of itself, cannot endorse candidates or contribute to campaigns. They are a charity, a 501(c)3. Just like a church is.

There are all kinds of 501(c) non-profit organizations -- social welfare organizations, fraternal orders, chambers of commerce, veterans organizations, etc. etc. 501(c)3s are "organized and operated exclusively for religious, charitable, scientific, literary, or educational purposes, or for testing for public safety, or to foster national or international amateur sports competition, or for the prevention of cruelty to children or animals."

The main thing you need to know about 501(c)3s is that, unlike donations to other kinds of 501(c)s, donations to them are tax deductible for the person donating.

However! Like many other organizations -- like the Sierra Club, like the NRA -- they have both a charitable organization and an advocacy organization. A 501(c)4 -- Planned Parenthood Action Fund.

The purpose of this, actually, is to encourage non-political charitable donations that benefit people and causes in the same way a social program might -- and that is why donations to them are tax deductible. We consider churches to be performing a service for people. This is why the Church of Scientology fought so hard for recognition as a church. It's easier to get donations from people when they know they can write them off -- therefore, more money for you.

While this does mean that, yes, a priest cannot stand at the pulpit and say "I, as a representative of the Catholic Church, direct you to vote for Your Dream Candidate for President!" and that the church cannot use the money you give to them from tithing to contribute to their campaign -- it also means that they can't tell you to vote for Your Nightmare Candidate, or donate your tithing money to their campaign. It means that a politician cannot bribe your pastor or priest in order to get them to tell their congregations to vote for them or risk losing their souls.

"No problem!" says the Johnson Amendment opposer, "My church is conservative and will support candidates I like! I still think this is great!"

Except, as I mentioned earlier, churches are not the only organizations that are 501(3)c's. This also means... OK, say you really love cats, and you want to donate some money to a cat shelter that is a 501(3)c. As of right now, that charity cannot then take that money and use it to contribute to the political campaign of someone you don't like.

If we eliminate the Johnson Amendment, your donation to your kid's Little League team (yes, Little League is a 501(c)3!) could also be used for partisan political purposes.

But it gets even shadier than that. As I mentioned earlier, donations to political campaigns and advocacy organizations are not tax deductible. This is why people were all concerned when it was revealed that the Trump Foundation cut a check to an electioneering organization working to re-elect Pam Bondi after she stopped investigating Trump University.

Were the Johnson Amendment to be repealed, rich people could set up "charities" that allow them to donate money and then write it off on their taxes -- making donations to political campaigns tax deductible for them. This is a big deal, and it has absolutely nothing to do with your religion.

"But why should my church be silenced!" the Trumpist still asks, "What if the Catholic church wants to say something against abortion!"

Churches, charities and other 501(c)3s are already allowed to speak about issues, including political issues. They are even allowed to engage in a limited amount of lobbying to influence legislation (for instance, a homeless shelter could lobby for more funding for the poor). Individual members, such as priests or board chairs, are allowed to campaign as individuals and donate their own money to political causes. But they can't, as an organization, campaign for a politician or intervene in elections in any way.

If they'd like to do some additional lobbying, they have to file for a 501(h) election. If they'd like to do more advocacy, they can set up a 501(c)4. Everything is set up this way, in order to benefit all of us, so that we know where our money is going when we donate or tithe.

And for the record, it is actually extremely rare for churches to actually lose their tax exempt status for campaigning from the pulpit! Since 2008, over 2000 pastors, priests, etc. have participated in "Pulpit Freedom Sundays" in which they flout the Johnson Amendment by endorsing candidates from the pulpit. Only one has ever been investigated by the IRS. This is far more about donations than it is about speech.

"Destroying" the Johnson Amendment is not just a bad thing for "secularists" -- it is a bad thing for all of us, and a far more serious thing than it is being presented as. It's a really easy way to screw the country, because most people have absolutely no idea about how non-profits work and are probably not going to take the time to look into them. Which, you know, is also a pretty good explanation for how we got into this Trump mess to begin with.