'A Republican' Higher In Polls Against Obama Than Actual GOP Candidates 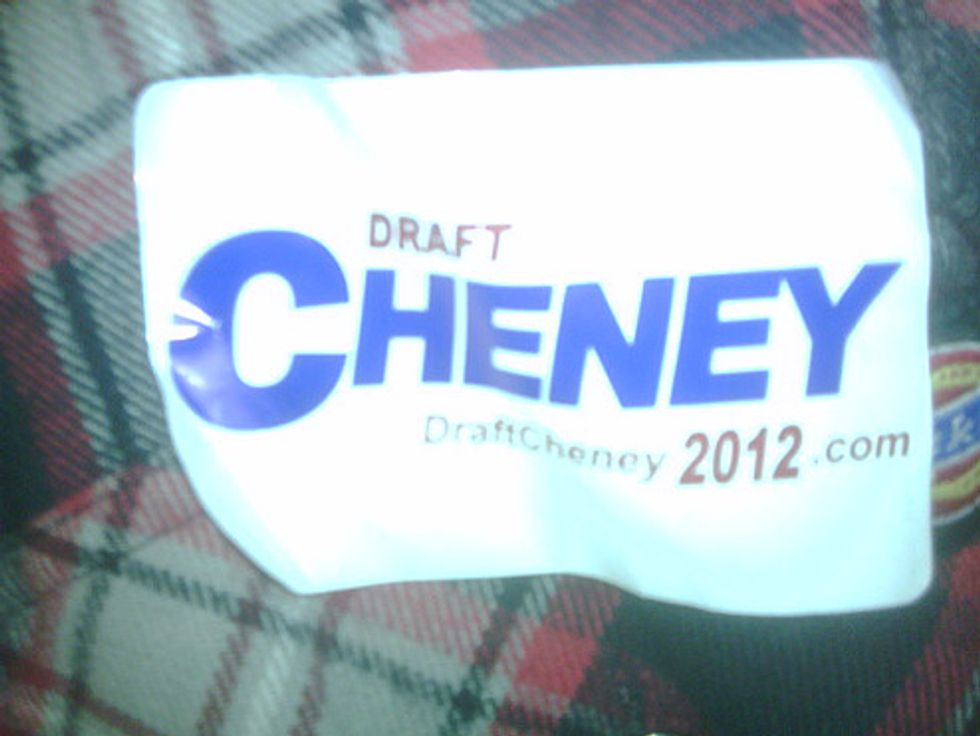 A new Gallup poll shows sad person Barack Obamadown by 5 points in a generic matchup with "a Republican" as his opponent, which if there were any Republicans running for president, this would be a problem for Obama. Mitt Romney and everyone else are still losing to Obama in the polls. The American people are now so cynical that the actual fact of being a Republican human running for office makes you less popular than the incumbent human currently busy bombing earth and sending SWAT teams after anti-war activists and student loan defaulters, so everyone would prefer to elect someone who is not a Democrat, and not real.

The GOP is so awful at finding one competent candidate to run for president that if you took all the current candidates and smashed them together Hadron Collider-style to make one terrifying Republican beast with the legs of Herman Cain, the torso of Mitt Romney, the heads of Tim Pawlenty and Michele Bachmann and the hair of Newt Gingrich, you probably still would get something that would elicit a massive, "eh, whatever" from Republican-leaning voters.

From the Daily Caller:

The NBC/WSJ poll also reported that Obama would win against top-tier contender Tim Pawlenty by 50 percent to 39 percent.

It is still good to know in our hearts, at least, that nearly 1 in 5 Americans still has "no opinion" whatsoever. [Daily Caller]