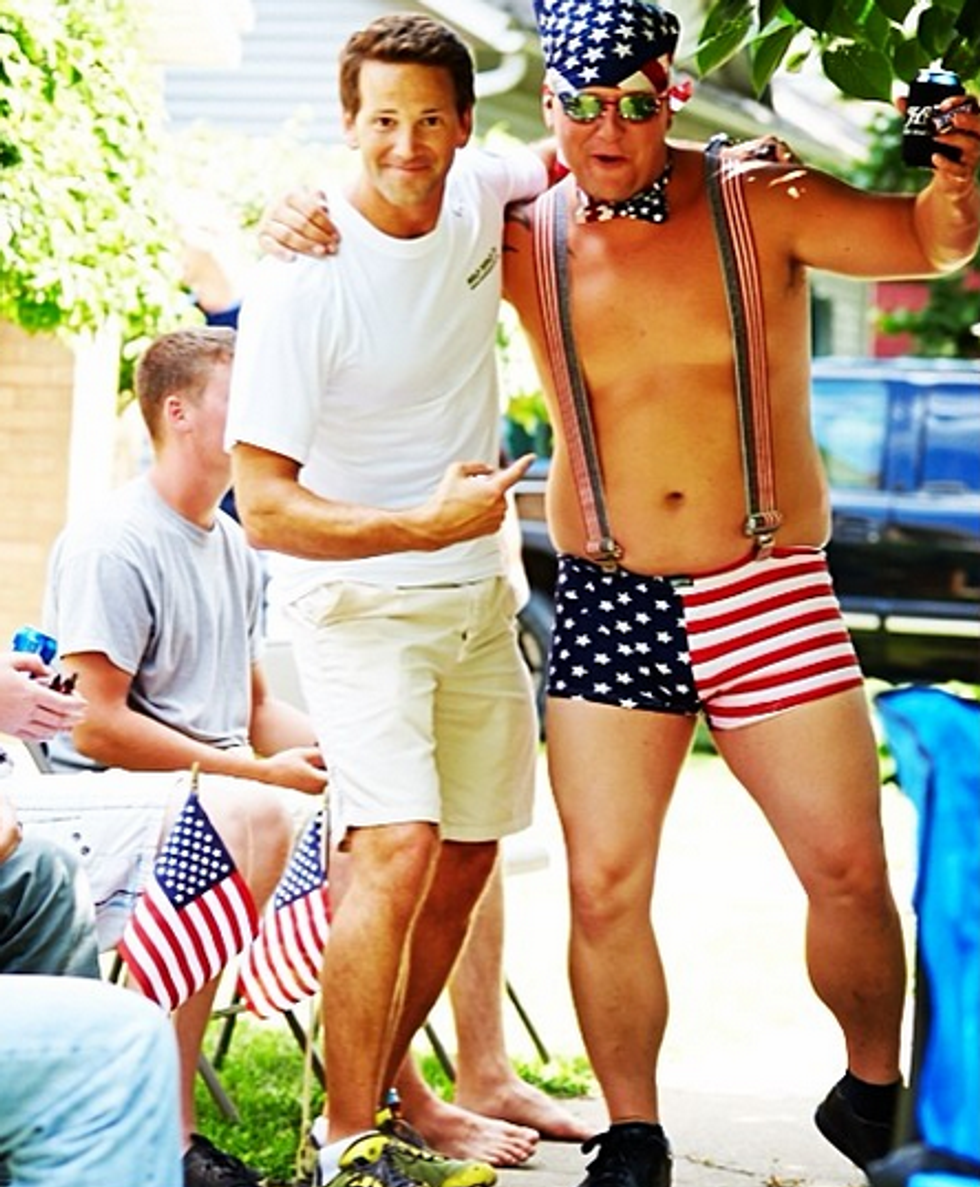 Hello, hot Republican boyfriend Aaron Schock, what are we doing with our time today? Oh, me? Nothing, just checking in with you. Oh, you finally had to write a check to the United States Treasury for that free-stylin' Downton Abbey office your friend Annie Brahler made for you? That sucks, I thought we were going to go to Bali on a sexy trip, maybe get photographer Jonathon to take some sweet-ass pictures of us riding dolphins side by side while high-fiving each other, guess we'll have to put that on OUR BUCKET LIST for later when we have more money, RUDE:

Rep. Aaron Schock, R-Ill., has repaid the government $35,000 from his personal funds to cover the cost of redecorating his House office in the style of the PBS drama Downton Abbey.

The Post story indicated that decorator Annie Brahler had offered her services for free, and Schock was only being charged for the objects.

However, Schock did not tell the Post or other news organization that his office had already paid $35,000 through the end of December, according to documents reviewed by USA TODAY.

After the Post story, Brahler reimbursed the U.S. Treasury $35,000, the documents show, and Schock then paid her the same amount from his personal account. He apparently has also paid another $5,000 that the documents do not include.

Probably for the extra sconces. So, dang, we guess maybe the gayest ethics violation ever was actually a thing, who knew, maybe CREW was doing a witch hunt, filing all those ethics complaints.

Maybe Aaron did not know that he was not supposed to accept presents from any old strapping lad or lassie that came along, because he's only This Many Years Old, and he wants to make it right. If so, good for him, because we need him for material, and that's hard to come by if some sort of ¡Escándalo! sends him back to Peoria, as the Wonkette Media Empire does not have a Peoria office (yet, maybe if you bought more Elizabeth Warren tee-shirts we could!).

We hope all the rest of the problems get ironed out, please, Aaron, spend the afternoon doing that if you could, and we will see you when you get home, kiss kiss, let's watch Downton on Netflix SINCE YOU'VE NEVER EVEN SEEN IT, and maybe order Indian?