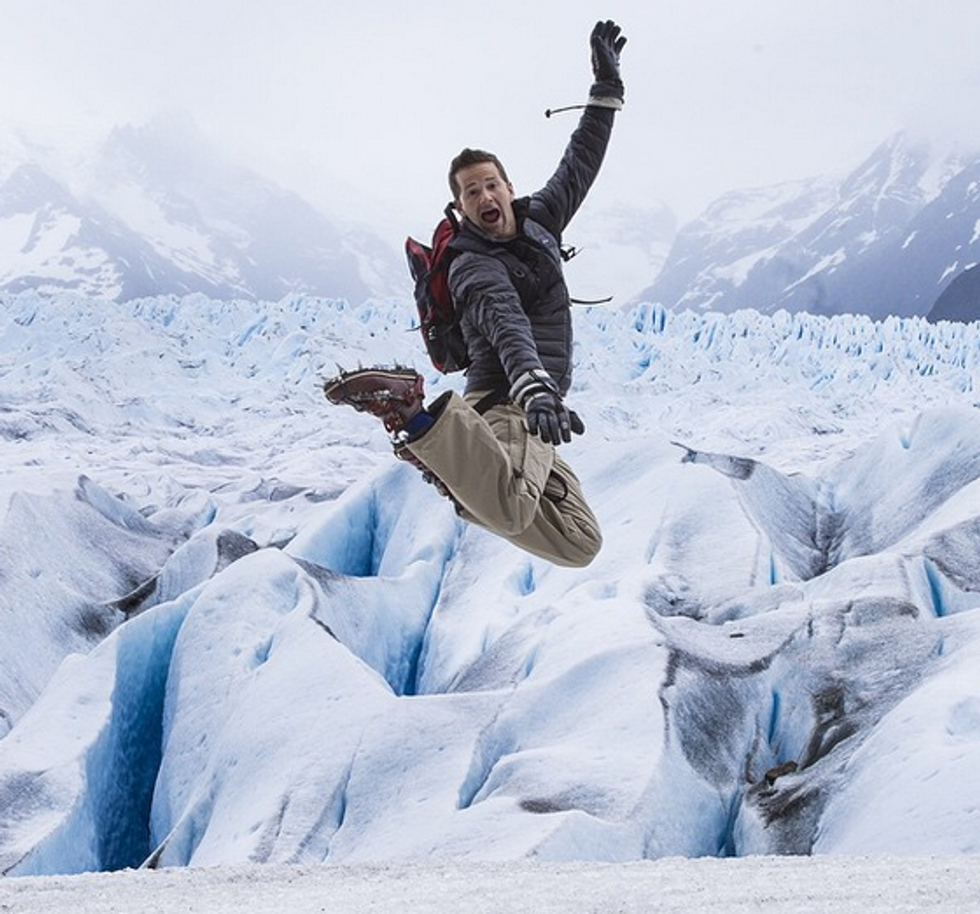 Now just look at what Aaron Schock's shameful behavior and resignation have done -- brought shame and media hounding on his poor daddy, Dr. Richard Schock. Mean local media cornered Dr. Schock for 13 minutes to get his opinion on his ethically challenged son, and he was on the verge of crying the entire time. This man is not a public figure, but because Aaron is too busy setting his Instagram to private and probably looking at himself in the mirror, this is what we get. THANKS AARON.

We have no desire to make fun of Dr. Schock; he is not the story here, the story is his dick son, who is, according to his dad, "a little different." How so, Dr. Schock?

He wears stylish clothing. And yet, he's not gay ... and he's not married. And he's not running around with women. So, you know, everybody's throwing up their arms, they can't figure out Aaron. So he must be crooked.

Apparently it is on Dr. Richard Schock's radar, in some way, that his son is Not Gay, but doesn't Fuck Women, but wears Blue Belts and also is probably gay. Aaron, why are you making things so awkward for your father? Maybe you should have The Talk with him. Start by apologizing for being such a fuck-up, so he doesn't have to make awkward excuses for you anymore.

He went on to say this, which is, um, interesting:

Dr. Schock also says some dumb Republican things -- maybe that is how Aaron learned to be a dumb Republican? -- like about how the media won't investigate Benghazi, instead focusing on the Been-Gay-Zi that is his son, because he is a Republican. On the flipside, he says that the "scandal" over Hillary Clinton's emails is the stupidest fucking thing in the world (CORRECT!). You could hang with this guy. He's not The Worst, like his grifty son, Prince Lovely-Bottoms. Unless he is, in which case, fuck it, but this story is not about Dr. Schock.

So, Aaron Schock, you need to DEAL WITH THIS. The Media is ambushing your father, who is clearly unprepared for the onslaught resulting from your dumbassery (and also maybe actual crimes that now have your dad worried he might be visiting you in jail in a couple years?). He's probably not cool with your ethics violations, but maybe if you have a talk, you can explain your side of the story, and maybe one day he will learn to love Jonathon too. (Unless Jonathon is not your boyfriend! In which case who is?!?!)