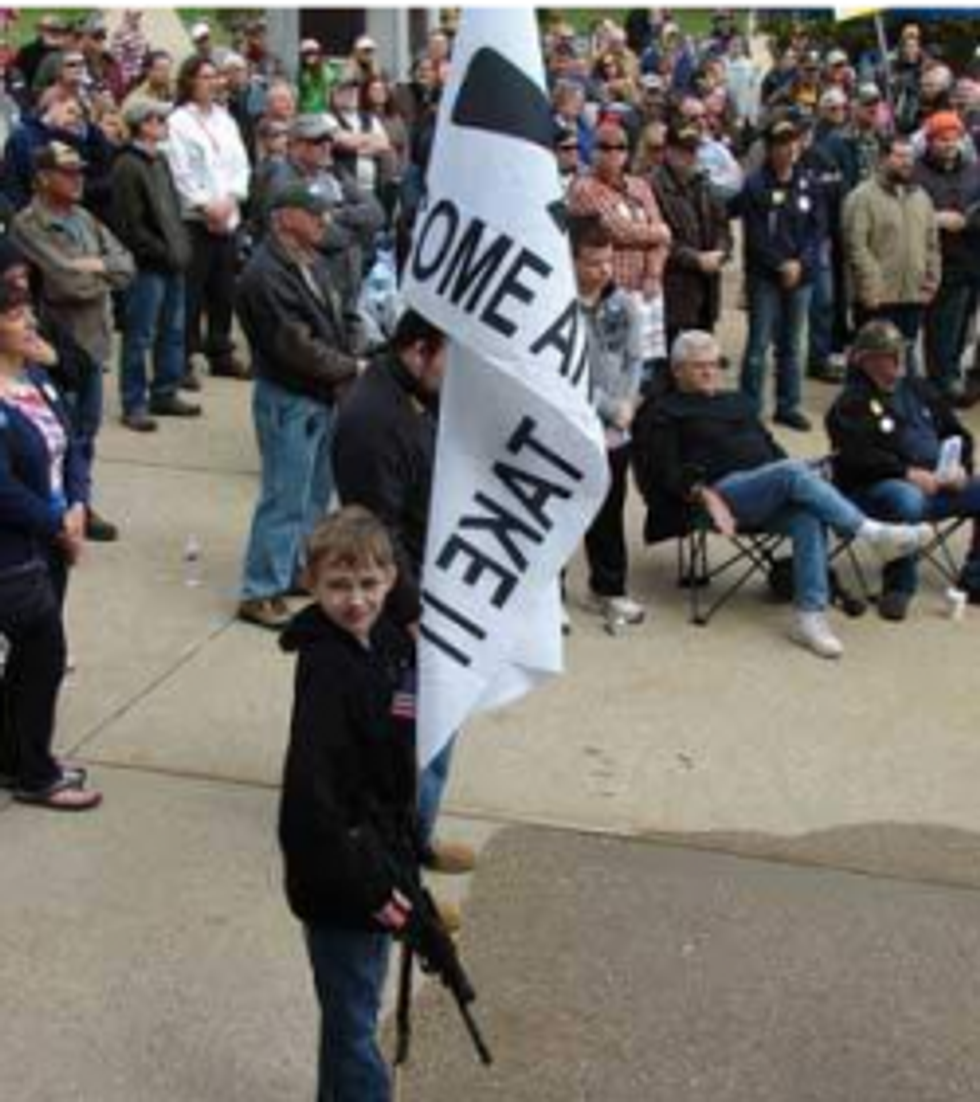 At least he wasn't aprop.

Organizers said the event, which happened to fall on the birthdate of Thomas Jefferson, was not a "gun rally."

But that didn't stop 11-year-old Hunter Cogswell of Concord from bringing an AR-15 and a big white flag with black lettering: "Come and Take It."

The boy said he was there to "stand up for gun rights."

"I believe in gun rights. It's our constitutional right," he said, adding the gun was real but "not loaded."

Apparently the boy was also there to protest the New Hampshire legislature repealing its Stand Your Ground law -- the purpose of the "Honor Your Oath" rally -- because not being able to shoot anyone who looks at you funny is tyranny, etc.

It is unknown whether the boy's parents were arrested for being complete and utter shitheads, but we are guessing not. Where are the FEMA camps they keep promising?