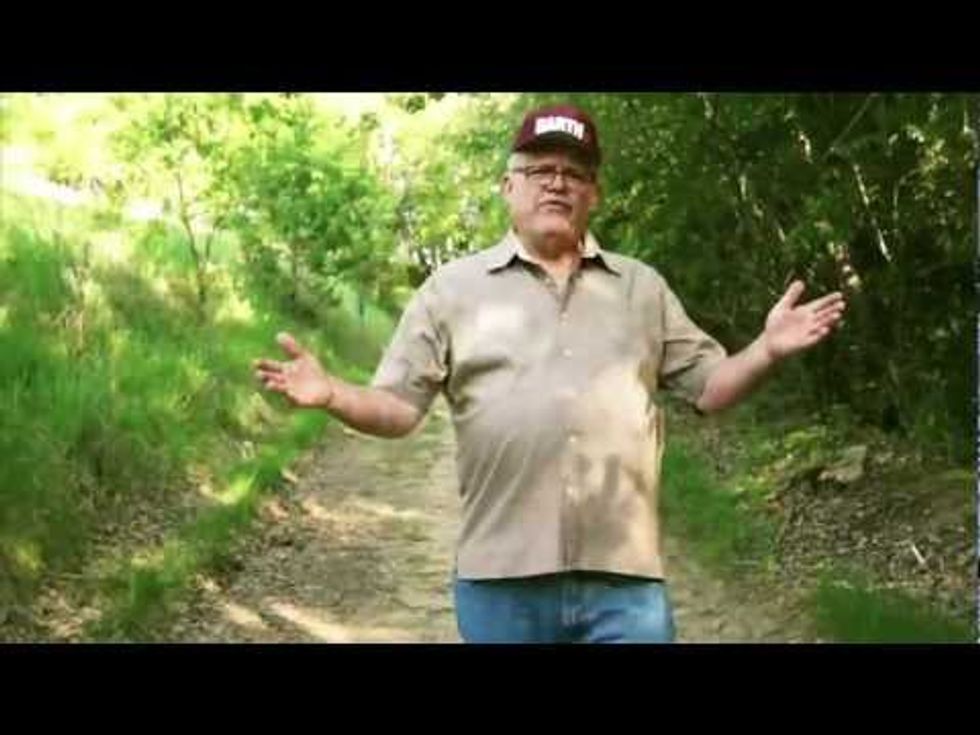 He learned chess in Iceland; he lived in Lesotho, and South Africa during Apartheid. The Cuban Missile Crisis? He remembers that! The "I Have a Dream" speech? He remembers that too! He holds newspapers, and then throws them in the trash! He raised daughters, they have straight teeth! Would you like to learn Jeff Barth's entire life history, set to awesome red-blooded Merkan fiddle music, while he walks through a forest in four minutes and change? Of course you would!

But what does Jeff Barth think of his opponent, Kristi Noem, and her tax cuts for billionaires? He manages to squeeze that in too, but mostly? Iceland, Lesotho, guns, and daughters with straight teeth.