AFA's Bryan Fischer: 'Pocahontas Shows What Could Have Been' 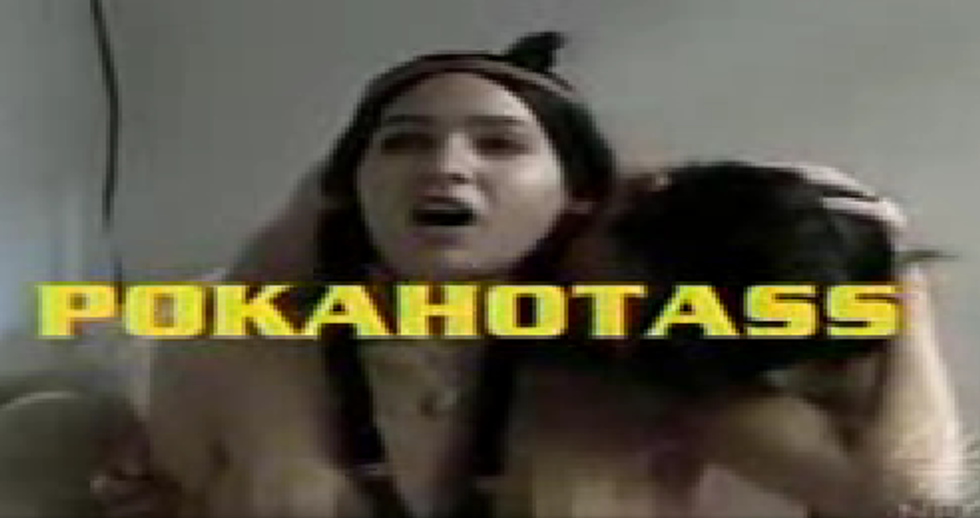 Woah woah woah, you guys thought Bryan Fischer hates Native Americans? Why would you ever think that? Would it be fromall the columns he's written about how they're disgusting drunken savages with no morals who don't deserve to live in this country? You're an idiot. You know why? Bryan Fischer likes one (1) whole Indian: Pocahontas. Pocahontas, who was kidnapped by the English and converted to Christianity, is great because she got about as white as a brown person could get. So white she even took on a white name! "Rebecca, the former Pocahontas, showed us what could have been." Yeah, if the settlers of America had simply kidnapped the Indians and forced them to convert and assimilate, they wouldn't have had to murder almost all of them! Oh wait, no, the white people never did anything wrong, remember. Murdering was fine. It was the Indians' fault.

She subsequently was captured by English settlers, who intended to exchange her for English prisoners who had been taken into captivity by the Algonquins, or Powhatans, who also helped themselves to various weapons and tools. The Powhatans, along with many of the indigenous peoples, seemed to have little respect for private property, including boundaries, and little regard for obedience to the eighth commandment and its prohibition against stealing. (On the Oregon Trail, the primary problems travelers suffered from the indigenous peoples were not massacres but thievery.)

Those fucking socialists! Yeah, it's okay that the English kidnapped this young girl, because they were white and Christian and adhered to the God's most supreme moral law, "But the Brown People Did It First!"

After her baptism and wedding, Rebecca traveled to England with her new husband, where she was honored and feted as a princess, the daughter of a king in the New World. She met King James, the King James of Bible fame, while there.

Woah, the Bible one? CELEB SIGHTING!

In other words, she both converted and assimilated. She became both a Christian and an American (technically, of course, an Englishman). She melded into European and Christian civilization and made her identity as a Christian and an Englishman her primary identity. She was the first manifestation of what became our national slogan, “E Pluribus Unum,” “Out of many, one.”

An EnglishMAN? Uh oh, Brian, sounds like you're praising a tranny here!

Yeah that national "slogan" is pretty good (BESIDES "IN GOD WE TRUST!" SORRY, GOD!), but it makes it sound like we should have learned a thing or two from the Native Americans, which is evil, because everything they did was wrong and everything the white people did was right. Obviously a better national slogan is "E Stockholm-Syndromed Tranny Unum." [AFA]