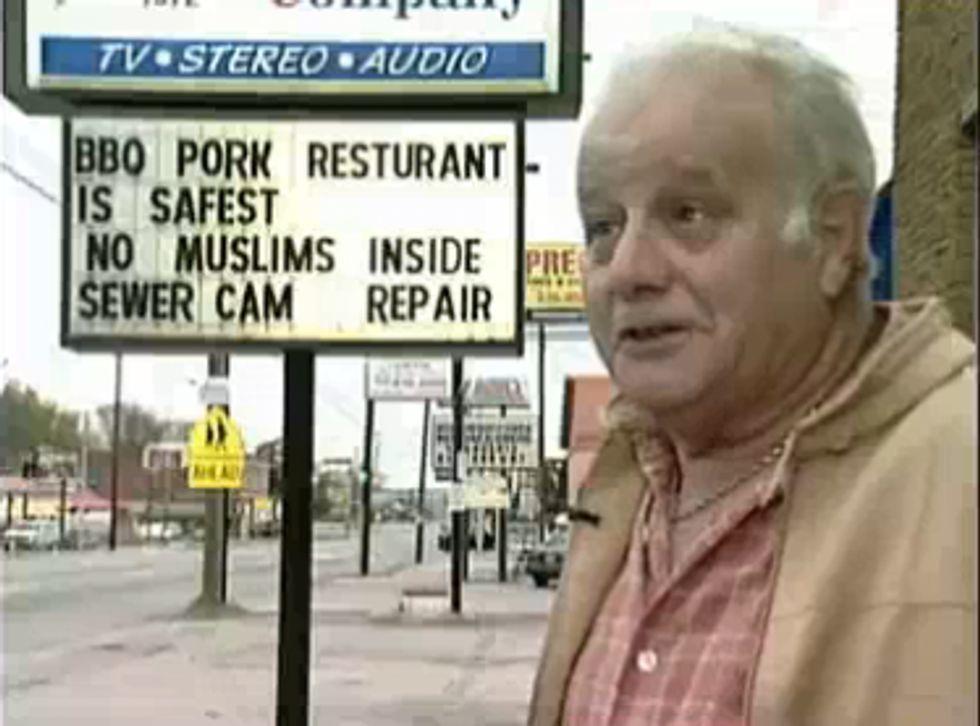 If any art form can truly be called American, it's offensive text on the signboards of churches and places of business. The latest masterpiece comes to usfrom an electronic repair shop in the Florence for this kind of art, Alabama: "BBQ PORK RESTAURANT IS SAFEST NO MUSLIMS INSIDE SEWER CAM REPAIR." That's right, if we are interpreting this right -- though there's no wrong way to interpret art -- each and every Muslim in the world goes to a restaurant at least once a day and blows himself up. But he does not go places that serve pork, because his lips could shoot out from his exploding jaw and land on someone's plate of pig butt, and silly Muslims and Jews and such think putting a pig's butt in your mouth is unclean or something.

Biddinger says he received the quote in an e-mail. He says he tries to change the sayings on both sides of the sign once a week.