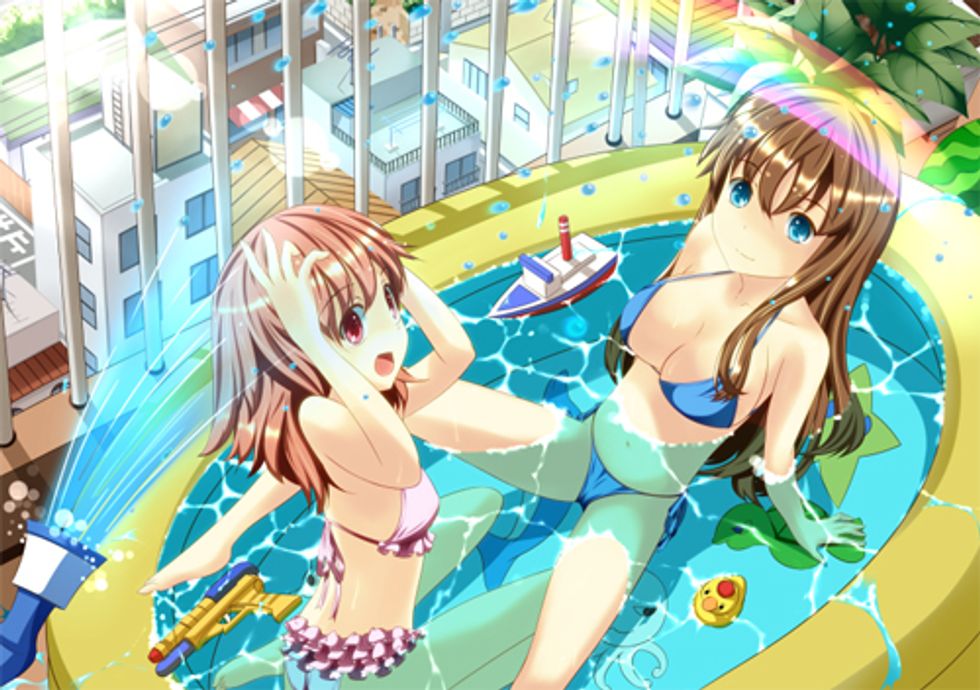 You guys all remember Judge Roy Moore, the Alabama Hero who wasremoved from the Alabama Supreme Court after refusing to comply with a U.S. Supreme Court order to remove a two-ton Ten Commandments monument that he'd installed at the court. That was back in 2003, don't you feel old? And then he got reelected to the Alabama Supremes in 2012 -- as Chief Justice, no less, because Roy Moore is the freakin' Joe Arpaio of Alabama jurisprudence: the bigger an asshole he is, the more they love him, because he hates all the right people. (Last year, there were high hopes he'd declare Barack Obama UnPresident, but that failed to happen somehow.) Well, Chief Justice Roy Moore has gotten himself a little more attention this week, after a recent* speech to a "Pastors For Life" luncheon sponsored by Pro-Life Mississippi, where the top jurist for an entire state told the assembled faithful that the First Amendment only applies to Christians, since, as any fool knows, “Buddha didn’t create us, Mohammed didn’t create us, it's the God of the Holy Scriptures” who breathed life into Adam and Eve, about 6000 years ago at that. (And no, don't you go saying that all the Abrahamic religions worship the same God, because what are you, a terrorist?)

We know that some of you good folks would rather listen to a Nickelback medley than watch videos of these turdstirrers, but we feel obliged to embed the damned thing anyway, because this is a pretty impressive level of weaponized stupid:

Among other nuggets of wisdom about the good old days, Moore recalled the fine days when he attended West Point and everything there was all about being Christian Soldiers, which may be news to all the Jews who attended that institution (but that's OK, really, because Judeo-Christians are really all Christians anyway). But sadly, he notes, now even West Point has held gay weddings in its chapel.

But you see, the whole problem with the entire legal system in the U.S. America and such as, is that

"everybody to include the United States Supreme Court has been deceived as to one little word, in the First Amendment, called religion. They can't define it!"

Yr Doktor Zoom is not a lawyer, but that don't sound right, frankly, unless Moore's referring to the Court's refusal to get involved in religious doctrine, which was pretty well summed up in a lower court decision in the 1974 case that decided that the Universal Life Church could ordain people through the mail:

Neither this court, nor any branch of this government, will consider the merits or fallacies of religion. Nor will the court compare the beliefs, dogmas and practices of a newly organized religion with those of an older, more established religion. Nor will the court praise or condemn a religion, however excellent or fanatical or preposterous it may seem. Were the court to do so, it would impinge upon the guarantee of the First Amendment

But that's just a dumb federal judge, anyway, so Moore insists that there's a really easy way to define religion: his way, which is to say "the duty we owe to the creator and the manner of discharging it," which is some nice language from the 1776 Virginia Declaration of Rights, and was later quoted by James Madison, but isn't exactly in the Constitution. Also, there's only the one Creator that is real, and all the other ones are fake and mythical, duh. And therefore, since that is officially the only valid definition of religion, the courts don't want to accept it, because it "acknowledges the Creator God" (we love locutions like that, incidentally).

They didn’t bring the Koran over on the pilgrim ship, Mayflower. Let’s get real, let’s go back and learn our history. Let’s stop playing games.

Oh! Oh! we can think of some history to learn! That would be the history where the Founding Fathers aren't a bunch of cardboard stand-ins for modern fundagelicals, and where, after vigorous debate about whether to include direct references to God or Jesus in the Constitution, they ultimately decided not to. Let's stop playing the game where the Bible has the force of law, instead of the Constitution.

Moore went on to complain that law schools don't teach Blackstone's Commentaries on the Laws of England anymore (we rather doubt it's not taught -- but obviously, Moore means it should be taught as the last word on law, since nothing has changed much since 1769, and America is still ruled exclusively by English common law...), and law schools don't explain that God is at the center of all law, because of "political correctness," an evil force which Moore seems to see as a synonym for "constitutionality as defined by most federal courts since 1954."

You will be delighted to know, however, that Roy Moore is preparing a little pamphlet, to be published shortly, titled "One Nation Under God" (Catchy!), which will collect the Declaration of Independence, the Constitution, and Washington's Farewell Address, all three of which show "what our country's all about":

black, white, all people, all religions, all faiths: it was about God. It was God who gave us our life, our liberty, and pursuit of happiness.

Yessiree, all religions are free to come together and worship Jesus however they see fit. Also, we suppose certain Americans of the Founders' day may have gotten the impression that America was only 3/5 about God, maybe.

There's a bunch of other stuff in the speech about how the Bible defines the beginning of life, and Jefferson clearly meant that life begins at conception when he said we have a right to Life (and yes, the Declaration of Independence does so have the force of law, Moore says, and we'd agree that it is every bit as much the law as Washington's Farewell Address is). Also, too, "we hold these truths to be self-evident" is exactly the same as some different words from Romans 1:19. But frankly, we've had just about enough of Moore's idiocy; we'll let you guys take the rest of it apart.

In any case, there's the top jurist for an entire state of our great Union. Kind of makes you wish you could zap him back in time for a lecture from Jefferson and company, doesn't it?

* When, RawStory, when? And where, for that matter? You dun goofed!

Follow Doktor Zoom on Twitter. If he's so damn smart, why isn't he Chief Justice of the Alabama Supreme Court?

Programming Note: Thanks to Chief Justice Moore, your Derp Roundup for this week will be delayed; look for it on Monday. We'd like to think Roy Moore is more than enough derp for anyone.