Alabama Republican Wants To Give You A Hand In The Bathroom 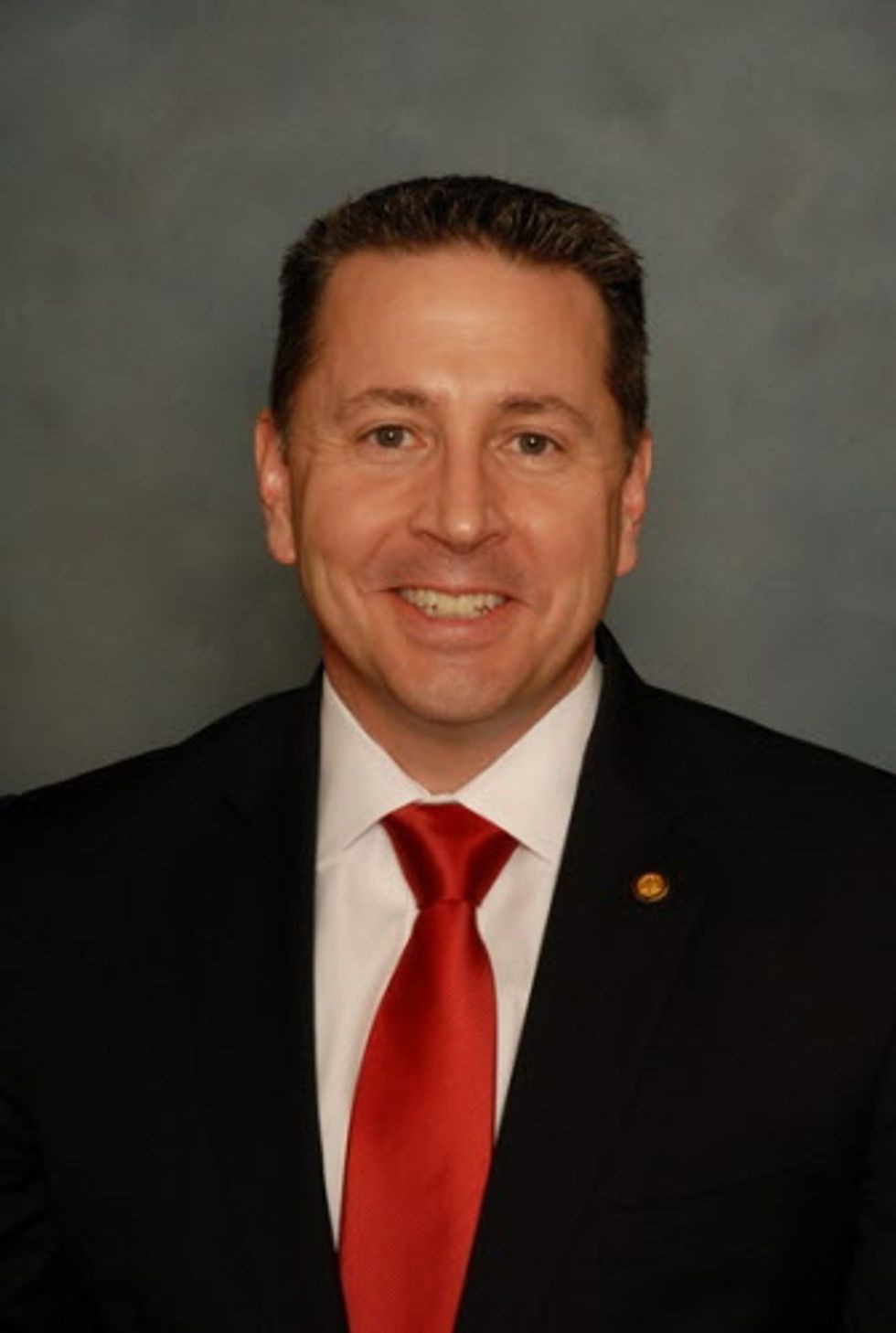 Hey there, gender-non-specific person! Are you doing the pee-pee dance? Are you at a public place in Alabama that has gender-neutral bathrooms? You are probably in Birmingham in Little Five Points or something, at some trendy joint where city-dwelling liberals (they have them, in Alabama!) with educations and class go to drink their brunch, and the management knows you are a goddamned adult and can handle a bathroom that's open to anyone, because there are stalls in there, and because, again, you are a goddamned adult.

Well, there's this one guy in Alabama who REALLY wants to give you a hand with your various pottying needs. His name is state Sen. Phil Williams, and he is a Republican. WAIT COME BACK, HE MEANS WELL! It's just that he wants to go in there and make sure nobody does any funny business to OUR WIVES AND DAUGHTERS in the john, and he wants to pass a bill requiring all establishments with gender-neutral restrooms to hire bathroom attendants, to hang out and help you pee and make sure nobody does OUR WIVES AND DAUGHTERS! to you. Senator Phil can't be in all the gender-neutral bathrooms at the same time, that's why they'll have to hire a bunch of attendants:

The law states that "bathroom, or changing facilities that are designed to be used by multiple persons" must either be exclusively for "persons of the same gender," or open to people "irrespective of their gender" with attendants present.

It requires: "Bathroom, or changing facilities that are designed to be used by multiple persons at once, irrespective of their gender, that are staffed by an attendant stationed at the door of each rest room to monitor the appropriate use of the rest room and answer any questions or concerns posed by users."

And if Senator Phil tries to do gender-neutral number twos in a gender-neutral bathroom and there's nobody there to protect him, those places can be fined $2,000 for a first offense, and $3,500 for subsequent offenses. God, wingnuts have the most prurient obsessions.

Is this the most adorable, we mean deplorable, bathroom bill yet? MAYBE.

But it's part of a whole passel of them being introduced around the country, in the wake of the election of our new Leerer-In-Chief, who probably wouldn't mind grabbing around some junk in the bathroom, as long as he can be guaranteed it's ALL PUSSY.

Texas is doing a bathroom bill, and its Republican lieutenant governor, Dan Patrick, has 'splained that it's necessary so that we may prevent men from doing bathrooms "because of the way they feel." Now, he doesn't mean like "I feel like I have to pee, therefore I will," but rather "I feel like a lady who needs to pee today, therefore I will," because these idiot assholes actually think people wake up in the morning "feeling all transgender."

As AL.com notes, more potty bills are also a-comin' in Virginia, Missouri, Minnesota and Kentucky. Oh, and remember how the discriminatory HB 2 law in North Carolina has done such good things for the state, and Republicans promised to repeal it, but then they decided that fuck you, they didn't want to? Hooray! At this rate, and emboldened by Trump, Republicans might eradicate our national disaster of transgender people makin' whizzes by next year! Thanks, Donald Trump!