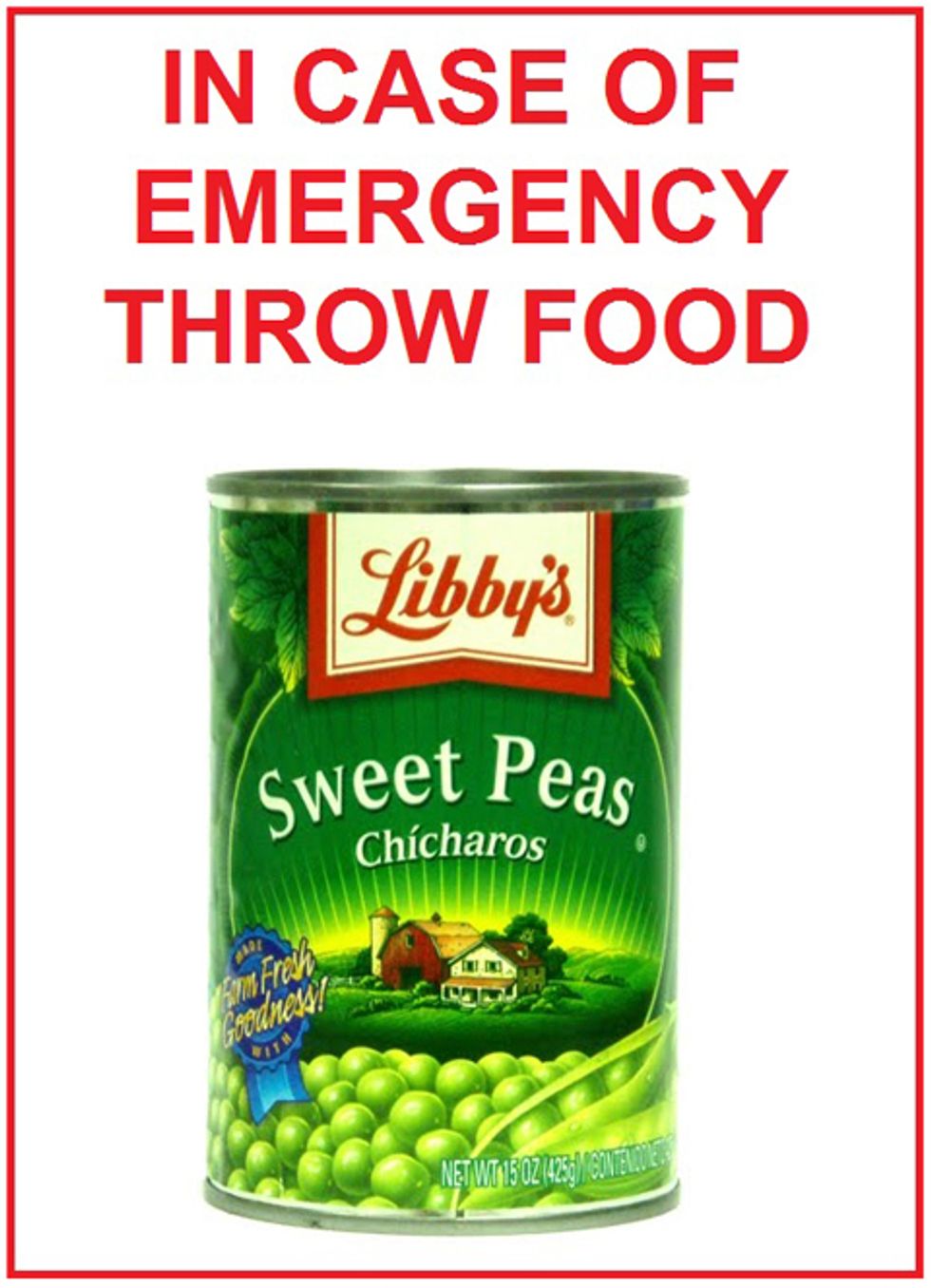 You pretty much can't ignore a New York Times headline that says "Alabama: School May Arm Students With Canned Peas." And it's exactly what it sounds like:

A middle school principal wants to stockpile cans of corn and peas in classrooms for students to hurl at possible intruders as a last defense.

Thank Principal Priscella Holley of W. F. Burns Middle School in Chambers County, Alabama, for this brainstorm. She sent a letter home to parents asking them to have their kids bring eight-ounce canned items to school so they can fling 'em at the bad guys. How's this for persuasive?

The can “could stun the intruder or even knock him out until the police arrive,” Ms. Holley wrote. “The canned food item will give the students a sense of empowerment to protect themselves and will make them feel secure.”

It's not an entirely insane idea. Al Franken said that after 9/11, he always carried three baseballs in his carry-on because he's got a deadly accurate fastball and wanted to have something to take down a terrorist. Then again, he was, at the time, a professional satirist; as a senator, he has not introduced any Hurl Things For School Safety legislation.

[contextly_sidebar id="vXmawjwwGxAryxLfJVF6oArZEIsyptNF"]It's not clear where Holley came up with the idea to bean intruders with actual beans, but it's no more insane than some other brilliant ideas for keeping kids safe while ensuring that Americans have access to high-powered weaponry everywhere. Within a week of the Sandy Hook massacre, libertarian wackaloon Megan McArdle said that, short of limiting firearms, the best solution would be to "encourage people to gang rush shooters" instead of hiding, and to teach school children the value of a suicidal banzai charge. And then there were the Oklahoma entrepreneurs who want to sell schools semi-bulletproof nap mats -- only $1000 each -- that will provide a genuine sense of false security while sheltering in place. And they could maybe protect kids from tornados, too!

Also, too, there are the more long-term societal changes that could prevent school shootings, like not letting schools be such feminized places where there are no men to protect women and children. Also, teaching morals, like "No, you should not shoot up a school," could help. A Tennessee preacher figured that school shootings happen because teaching evolution has caused people to act like animals (also, abortion). And a Tea Party activist explained that getting rid of teachers' unions would probably stop school shootings, though not as much as giving up on schools altogether and just homeschooling your kids.

In other words, chucking cans of creamed corn at an intruder is starting to sound pretty damned reasonable.