Alex Jones' Sources: 'Bin Laden Has Been On Ice For Nearly a Decade' 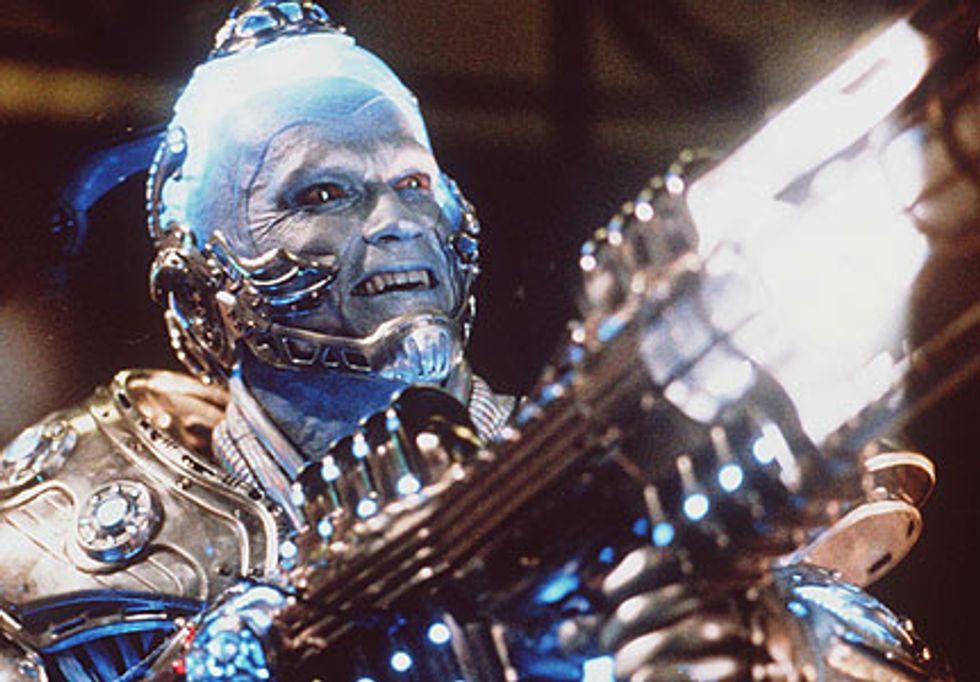 Ladies and gentlemen, this is why Web conspiracy theorist Alex Jones should be given Glenn Beck's time slot: While Beck was prancing around with his drawing of what Osama bin Laden's face looks like yesterday, Jones' team was in contact with a "multitude of different inside sources both publicly and privately," uncovering the STORY OF THE DECADE, that Osama bin Laden has been kicking it with Ted Williamsin an ice chamber for years while government leaders have waited for the "most politically expedient time" to release the news of his death. According to Jones' website, bin Laden has been dead for a decade and was dumped in the ocean so nobody would notice all the freezer burn in his beard. Sneaky, secret world order!

Pieczenik then stated that the video tape of a fat Bin Laden look alike “taking responsibility” for 9/11 that was released in December 2001 was “such a hoax” designed to “manipulate” people in the emotional aftermath of 9/11.

In addition to Pieczenik, as we reported in August 2002, Alex Jones was separately told by a high level Republican source that Bin Laden was dead and that his body was being kept “on ice” until Osama’s death could be announced at the most “politically expedient” time.

When Jones asked the source if his claim was mere speculation or whether it was actually true, the source re-iterated the fact that he was being deadly serious and that Bin Laden’s corpse was “physically on ice” waiting to be rolled out for public consumption at the most opportune moment.

The reason Obama won't release photos is they forgot to move all the Fla-Vor-Ices out of the frame before they took the pictures. Fools! You have to thaw your terrorist in the refrigerator for 24 hours before he's suitable for presentation, and even then he will probably taste like the orange sherbet you left in the freezer all those years. Also, why was bin Laden wearing headphones stuck into a Walkman playing the hit single "Who Let the Dogs Out?" on repeat? And just look at that "Make 7 Up Yours" shirt! Nobody wears "graphic tees" anymore!

This is definitely the most politically expedient time, because the past decade hasn't been very political, definitely not as political as these days. Just don't be so sloppy next time, Lizard People! [Info Wars]