Alex Jones Warns Of Obama's Plot To Replace Humanity With Cyborgs, Is Somehow Not Taken Seriously 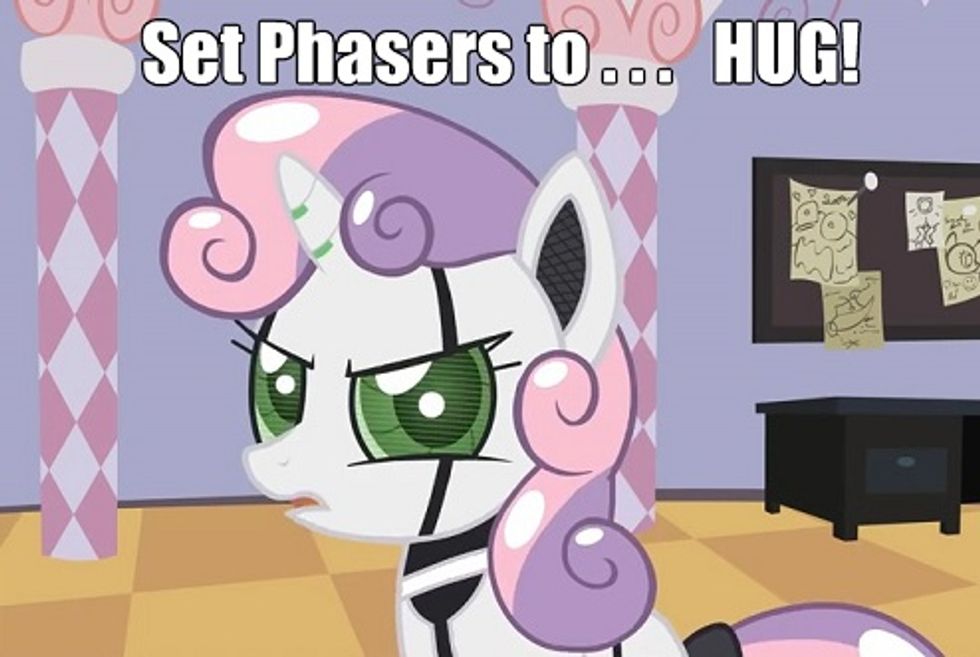 Forget trying tomake sense of Peggy Noonan on Syria. We're sticking with Alex Jones. He may not be anchored in reality, but at least he's clear about where he stands. Which is solidly in the Twilight Zone:

Alex Jones said this week that an effort to avert a U.S. attack on Syria with diplomacy was actually a United Nations plot for the extinction of the human race, which would be replaced by “globalists” like President Barack Obama who would become cyborgs by using “life-extension technologies.”

Well, yeah. It all kind of makes sense when you put it like that.

On his dumb radio show Tuesday, Jones esplained that the alleged plan to put Syria's "chemical weapons" under "international control" is really just a cover for the United Nations to Take Over The World:

[W]hat the United Nations really wants to do here, is set the precedent that they can come into any country they want, that has any type of weapons systems -- and call them WMDs, and then dismantle that country's infrastructure.

And then, having assimilated their technology, the UN will start harvesting souls to feed the Morlocks, or something along those lines:

We like the sound of these here "jetcopters." Will those have "iPhones" in them? How about heated seats?

The ultimate goal, of course, is "The extinction of almost everybody," and the rise of "a new species ... of humans merged with machines." Again, not really all that surprising to anyone who has watched a few episodes of Doctor Who. This stuff goes on all the time, and most of us are just blind to it. Occasionally a documentary film like Men In Black will come along to expose the ugly reality, but most sheeple just wave it off as "science fiction." (The really smart ones start cults, of course.)

The truly puzzling mystery, of course, is why Fox News continues to invite Alex Jones on as a guest. Maybe the clockwork elves are telling Fox bookers something the rest of us need to know?