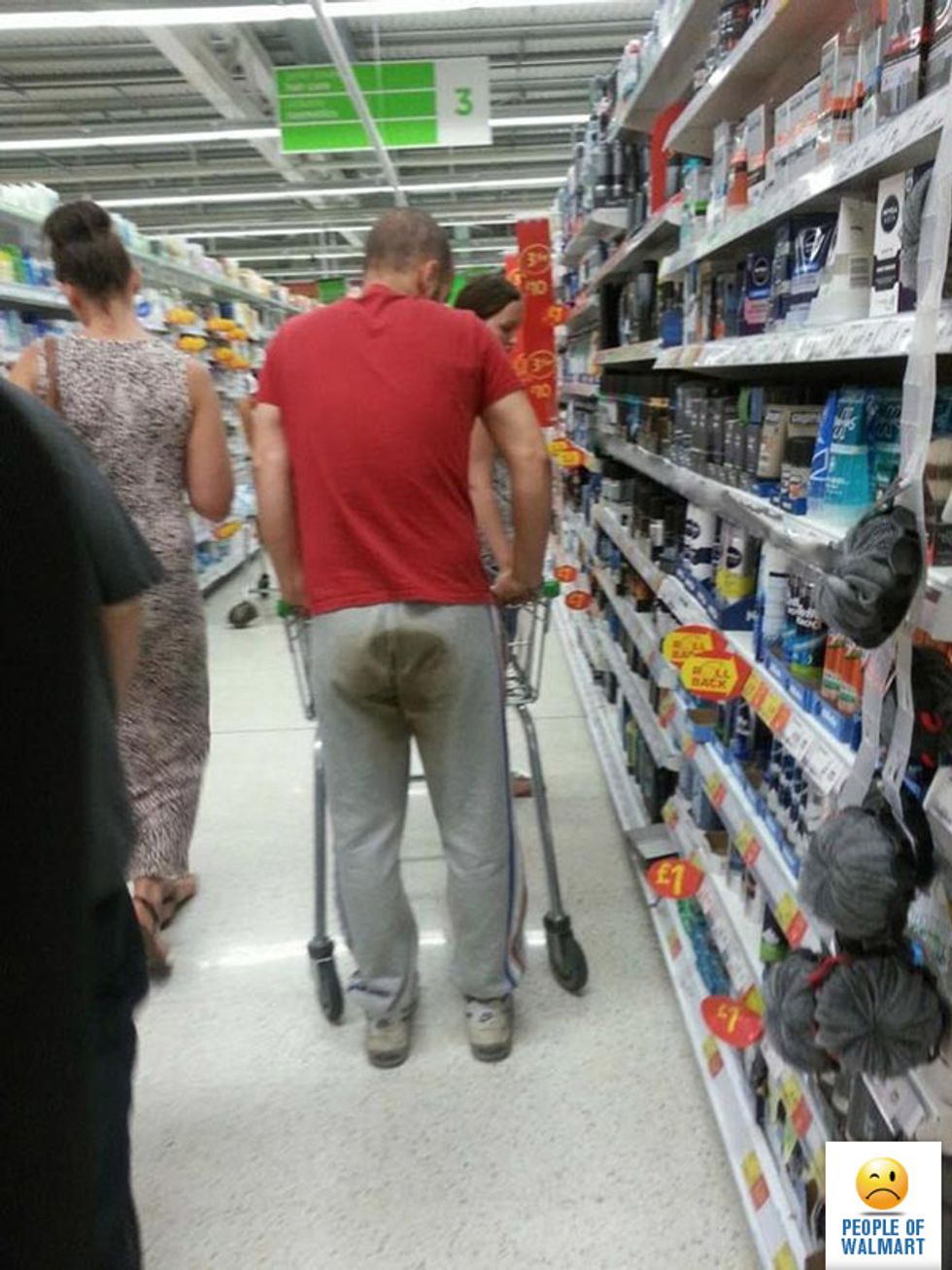 So angry they could just... Oh, Christ, that's only supposed to be ametaphor!

[contextly_sidebar id="5g4HinwVfI2JtRm2dCuZAdhN3DUIqpjZ"]What are precious easily-offended white people freaking out about this week? No, it's not Black Santa, or even the Star Wars on white people. It's that all-American tribute to wretched excess, Sam's Club (Motto: "Like Costco but we don't bother with that 'living wage' crap"). You see, the CEO of Sam's Club, the wholesale warehouse store division of Walmart, is a black lady named Rosalind Brewer, and it turns out she's the hugest racist in America since Lester Maddox, Bull Connor, or Barack Obama. The Former Stupidest Man on the Internet, Jim Hoft, explains it all, complete with a photo caption that states inarguable facts about Brewer:

There she is right there, the racist CEO. It's her actual job title.

By now, you may be wondering what she said that was so racist. God, we hope you are sitting down. Brace yourself. Just look at how, as Hoft puts it, "Brewer openly admitted to institutionalized racism at Sam's Club," according to a story he copypasted from another wingnut website, Mad World News:

Rosalind Brewer presides over one of the largest wholesale clubs in America, and apparently, she’s a raging liberal, according to Yahoo! Finance. She recently did an interview with CNN and revealed that to her, the color of one’s skin is more important than their contribution to the company, and her number one priority is ensuring her corporate team is diverse, rather than the most efficient it can be.

“It has to start with top leadership,” Brewer said. “My executive team is very diverse and I make that a priority. I demand it within my team.”

Come and see the violence inherent in the system! Oh, but that's only the start! Brewer also said even more loathsome, hateful, racist things about oppressed white males, the sort of vicious slander that one would have thought gone with the days of Jim Crow (Today, we may as well call it Jim Dove!!!!). Look, if you can bear to, at Brewer calling for discrimination against white people, with scary bolding added so you know what to be enraged by:

Just today we met with a supplier and the entire other side of the table was all Caucasian males. That was interesting. I decided not to talk about it directly with [the supplier’s] folks in the room because there were actually no female, like, levels down. So I’m going to place a call to him.

And to think this is America in 2015, not Germany in 1938. We bet Brewer immediately called up the New Black Panthers to burn down the suppliers' factories and firebomb their delivery trucks. The indignation simply pours out of every last pixel at Mad World News:

You catch that? She’s so upset that she was in a room full of white men that she’s actually going to call the company to talk to them about it. Because, you know, the color of people’s skin and their genitalia are more important than what they give to the company, in her eyes anyways

We suppose we could point out (as the Yahoo! Finance piece does) that Brewer hasn't exactly sent all Sam's Club's white guys off to the guillotine, at least not yet: "[F]our of the eight people on her executive team are white men." But that probably means that somewhere out there, four white guys are not executives at all. PROBABLY YOU, MAD WORLD NEWS READER.

Needless to say, right-thinking people of all races -- Germans, Irish, even some Eye-ties and Polacks -- are now boycotting Sam's Club, because this is America, and such flagrant hatred will not stand. Just look at all the outrage:

Yes, just imagine that! Because in Today's Egalitarian America, those are exactly the same thing, and false equivalencies are a leftist plot. But is there any outrage? Noooooo, because Walmart is every bit as racist as Sam's Club!!!!!!! (exclamation points continued next page)

Now, do you want to know what happened with Brewer after her racist comment? First off, Walmart is standing behind her obviously racist remarks.

“For years, we’ve asked our suppliers to prioritize the talent and diversity of their sales teams calling on our company,” Walmart CEO Doug McMillon said. “Roz was simply trying to reiterate that we believe diverse and inclusive teams make for a stronger business. That’s all there is to it and I support that important ideal.”

Secondly, her “diversity” comments are being applauded by the left, who openly advocate for the discrimination of white, Christian males.

In conclusion, it's only a matter of time until at least several hundred white people stop shopping at Walmart and Sam's Club, and won't Brewer be sorry when she's fired? Also, won't you help support the downtrodden white Christian males this year by boycotting all stores that play Christmas songs written by Jews? Thank you.