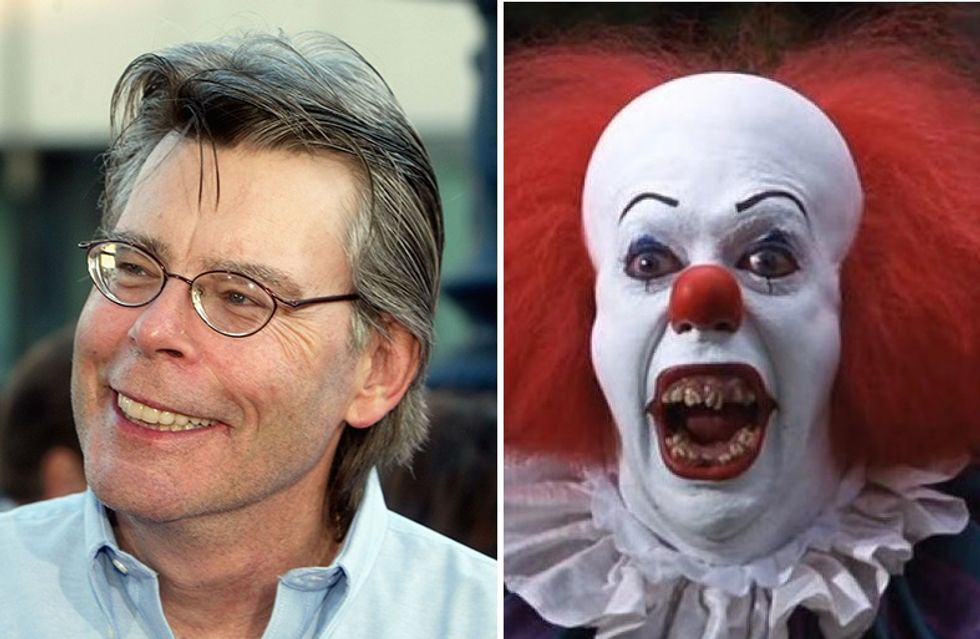 Among things you should never do: 1) Vandalize a beautiful but haunted 1958 Plymouth Fury 2) Experiment with reanimating the dead; 3) Dump pig blood on Carrie White at the prom; 4) Suggest that unabashed progressive Stephen King would ever move away from his beloved Maine for the sake of lower taxes in another state. Unless you are Maine's idiot teabagger governor Paul LePage. He got reelected, and now he wants to eliminate the state's progressive income tax and replace the revenue with an increase in sales taxes, the most regressive tax possible. And worse, he kind of lied about novelist Stephen King in a speech touting the proposed tax swap (DO NOT CALL IT A CUT).

In his weekly radio address Wednesday, LePage called for the elimination of the income tax, claiming that several notable Mainers had abandoned Maine because of its allegedly burdensome income tax:

“You can also call your legislator to tell them you support eliminating the income tax,” said LePage. “Legislators are working on the budget now and they must hear from you.”

“Meanwhile, remember who introduced the income tax here in Maine,” he went on. “Well, today former Governor Ken Curtis lives in Florida where there is zero income tax. Stephen King and Roxanne Quimby [who? -- Dok Z] have moved away, as well.”

Stephen King was not amused, and released a statement for broadcast on the Bangor radio station that he owns:

“Governor LePage is full of the stuff that makes the grass grow green,” King said. “Tabby (King’s wife, Tabitha) and I pay every cent of our Maine state income taxes, and are glad to do it. We feel, as Governor LePage apparently does not, that much is owed from those to whom much has been given. We see our taxes as a way of paying back the state that has given us so much. State taxes pay for state services. There’s just no way around it. Governor LePage needs to remember there ain’t no free lunch.”

Turns out that Mr. King, who does own a home in Florida as well, pays taxes as a Maine resident and is quite happy about that fact. He's one of those rich guys who actually Gets It, and spoke against Florida Gov. Rick Scott's proposed tax cuts at a 2011 rally in Sarasota:

“Now, you might say, ‘What are you doing up there? Aren’t you rich?’ The answer is, ‘Thank God, yes.’ … And you know what? As a rich person, I pay 28 percent taxes. What I want to ask you is, why don’t I pay 50 percent? Why is everybody in my bracket not paying 50 percent? The Republicans will say, from John Boehner to Mitch McConnell to Rick Scott, that we can’t do that because, if we tax guys like me, there won’t be any jobs. It’s bull! It’s total bull!”

LePage's office quickly released a revised transcript of the speech and posted an edited version of it to the governor's website, but we have a feeling that readers should scan future Stephen King novels for some twisted reference to the incident. And Governor LePage shouldn't accept any invitations to stay at the remote cabin of anyone who insists that she's his biggest fan.