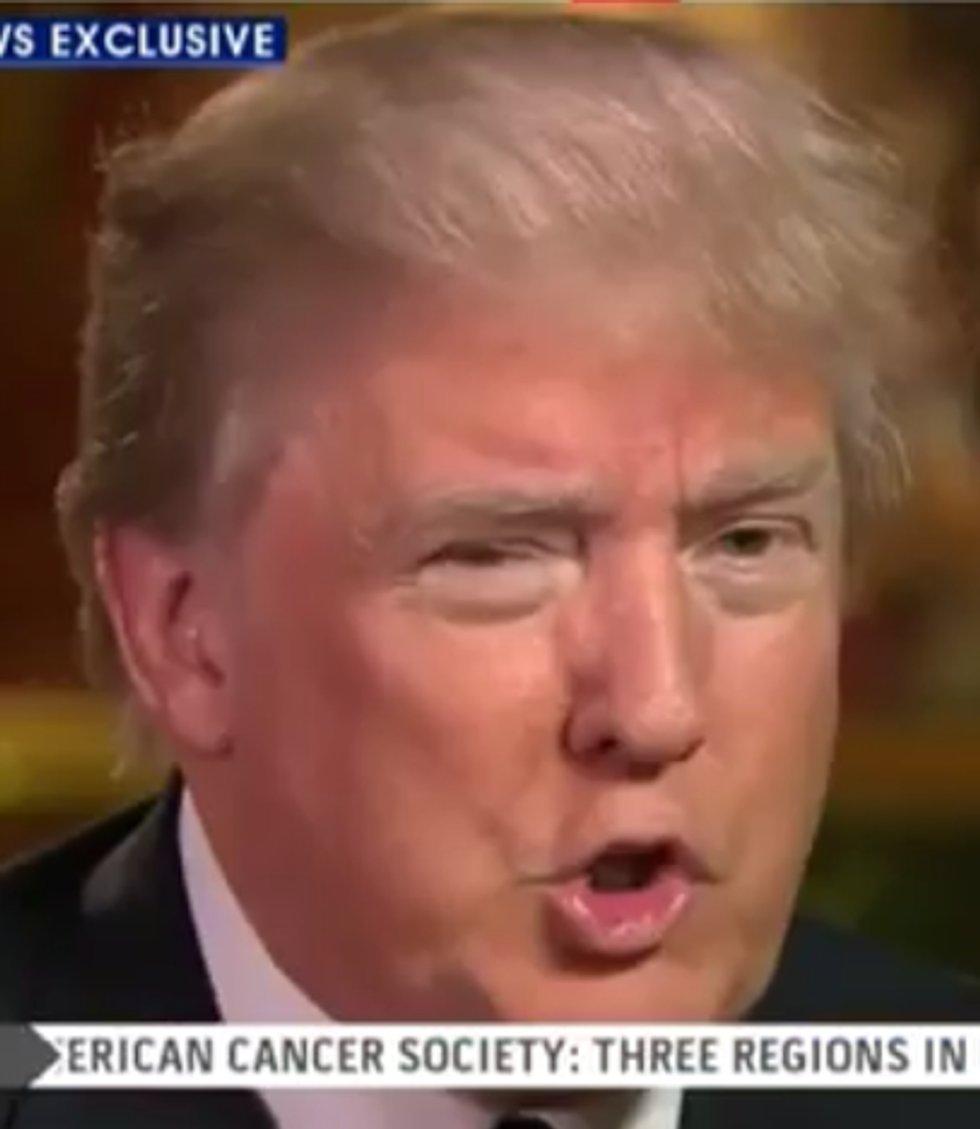 Remember how Donald Trump says Mexican immigrants are druggy rapists from hell, but also that some of them are very nice? And remember how he hires undocumented immigrants to build his shitty-looking hotels for people with no taste? Well the first thing, according to Trump!, is true, but the second thing is a big lie, you big dumb stupid idiot. But none of that matters, because you know who loves Donald Trump so much they just can't stand it? Those sweet, kind-hearted Mexican rapists and druggers. And if Trump gets the Republican nomination, he's going to win ALL the Latinos, because they just won't be able to help themselves. He said these idiot words to NBC News:

"I have a great relationship with the Mexican people."

Weird, we feel like we have heard exactly that locution before, where could it have been? Oh, right.

"I have many people working for me - look at the job in Washington - I have many legal immigrants working with me. And many of them come from Mexico. They love me, I love them," the 2016 GOP contender said in an interview with NBC News. "And I'll tell you something, if I get the nomination, I'll win the Latino vote. I will win it, because I will create jobs."

Trump says there aren't any illegal immigrants working for him, because none of the journalists who wrote about that took the time to "write them down," so guess they don't exist, QED! Donald Trump!

Also, he was totally MISQUOTED on the rapists and druggers comment, because he obviously was talking about the people that the Messican government sends to hurt America, and not the good, nice, non-rapey Mexicans who seem to be so offended by Trump calling them rapists, they are so stupid and weak.

Everything will be FINE, Donald Trump is the only candidate Trump enough to Trump America up with jobs, and Mexicans are already preparing shrines to him in their houses, right next to Santa Muerte, oh wait, no they are not, they are doing this: