Allen West All Het Up About The Preverts 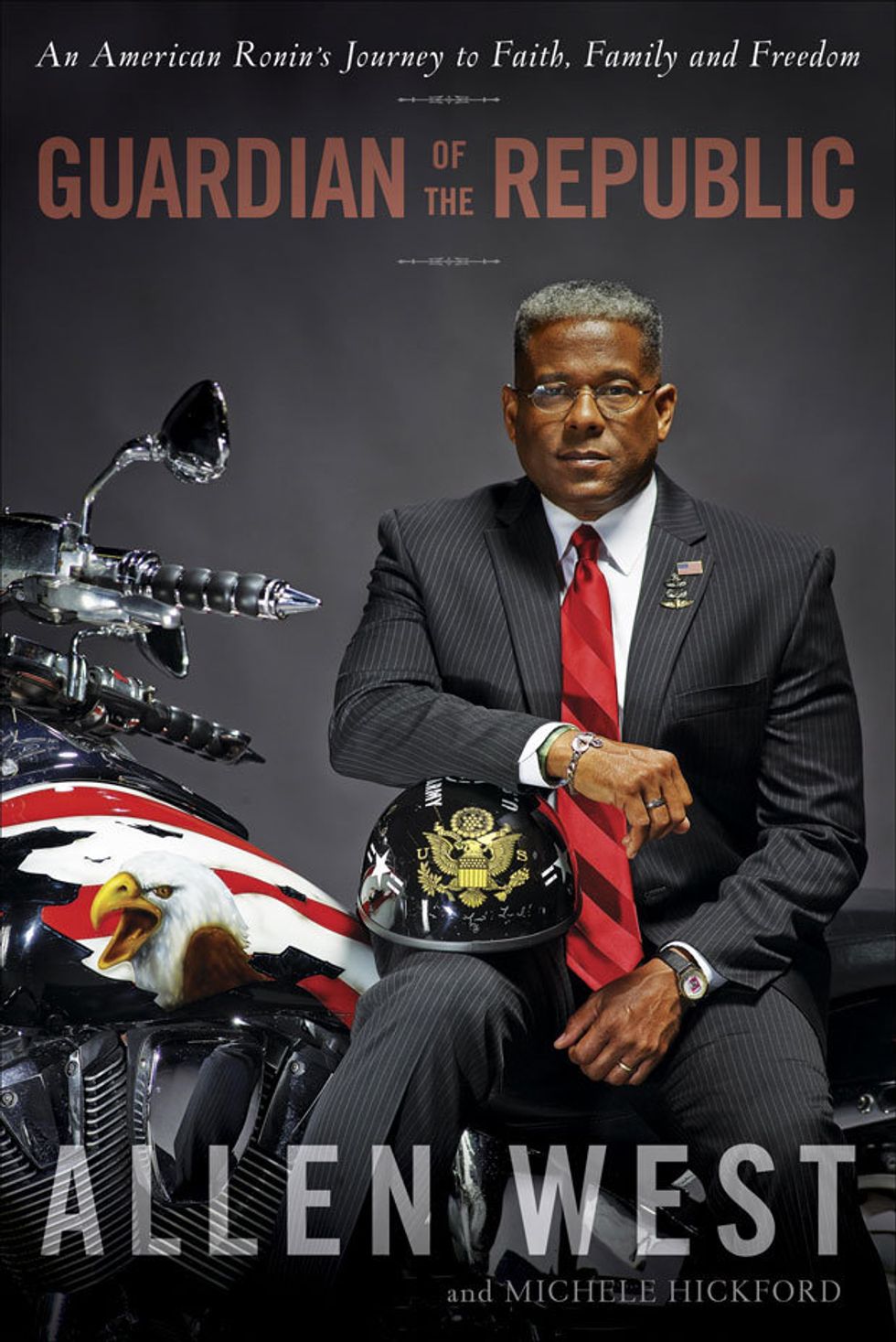 Listen: Allen West is worried about perverts. It's right there in the headline of hislatest blog post: "Our government is populated by perverts." And yet, for a change, he's not freaked out about teh gheys -- it turns out that he thinks that the government has been "perverting the meaning of words and the word of law to suit its own aims," so it is perfectly legitimate to call them "perverts" in a headline, and not a perversion of the noun "pervert."

Are you turned on yet?

West is very upset that Barack Obama has a criminal, socialist interpretation of the word "Patriotism," because history's greatest monster is redefining "patriotism" to include the idea that American corporations ought to pay American taxes. Or as West puts it,

The new poll-tested term from the Democrats is “economic patriotism.” What does that mean? It’s patriotic to pay very high taxes.

How horrifying! Barack Obama wants to strip our Corporate People of the sacred rights that the Founders fought and bled for -- the right to incorporate with a foreign partner that's based in a tax haven, so they won't have to pay taxes here. After all, most Americans know that Patrick Henry was speaking for all of us when he said "Give me an untraceable offshore account or give me death."

Here's the socialist claptrap the really upsets West -- in a speech in Los Angeles (right after telling his motorcade to run over a pregnant lady), the President said,

“If you are doing business here, if you are basically an American company but you are simply changing your mailing address in order to avoid paying taxes then you are really not doing right by the country and the American people.”

Ah, but West sees through this terrible "Buy American" smokescreen to the ugly reality underneath, as revealed by the simple fundamental truths of an essay that West probably saw summarized on a libertarian website:

However, is Obama’s term “economic patriotism,” only a tool for his political ideological advancement, and really more like economic tyranny? Could it be that Obama in his purely socialist sense is violating the most basic principle of The Law as first outlined by Frederic Bastiat? Does Obama fail to realize that government exists not to punish entrepreneurial advancement but to enable it, and in so doing prevent government itself from violating the fundamental premise of The Law?

We then get a lot of blahblahblah about an 1850 essay that is much beloved by the Von Mises Institute, which explains that all law must be based on the protection of individual property. And taxes, of course, violate that simple obvious LAW of economics. Ergo, trying to keep American companies from offshoring their headquarters is a violation of The Law, and just as illogical as trying to legislate gravity or something. This is all self-evident, and any attempt to tax corporations is therefore theft, and maybe a human rights abuse. West realizes that we simpletons who disagree with Allen West maybe can't handle this truth:

Now, I have to admit this is some really heavy thinking and most of our progressive socialist trolls who are still at Dr. Seuss level ain’t gonna get it. But this is again part of Obama’s fundamental transformation and remaking of America.

But you know that Allen West is smart and deep, because he uses words like "therein":

And therein is the lie and perversion promulgated by Obama and his ilk, as they manipulate the lexicon to advance their perversion of our law solely to enable a “lawful plunder” of our free market economy. This “economic patriotism” is nothing more than a pathetic attempt to forge ahead with more legal plunder, and the violation of the law to protect one of the basic individual rights, property. It is all for his own “stupid greed” and the lie of his false philanthropy.

Obama’s policies have nothing to do with a better America or increased economic opportunities and prosperity; it is all about the destruction of the social contract in order to bring about his law.

Allen West knows that a "social contract" has nothing to do with being a contributing member of a society -- it's all about the society looking out for the individual's private property, and fuck the roads, the homeless, the sick, the poor, the environment, or any other impediment to private gain. That is The Law.

As an added bonus, while we were looking for a fresh copy of that book jacket photo for our new wide-stance Wonket format, we learned this: the motorcycle on the cover is a prime example of West's willingness to eschew "economic patriotism" in the name of self- interest. It's a Honda, made proudly in Japan by people with socialized medicine, but that's OK, says West:

"I know what folks are saying, why ain't the Col on a Harley-Davidson?" West wrote [U.S. News's "Washington Whispers" column] in an email. "First thing, I like the uniqueness of my bike," West explained. " Second thing, I am a fiscal conservative and this bike just happens to be very well-priced," he continued. [...]

"And as long as I put my American butt on it, it is American[.]"

What a cool radical free-thinker he is. And he'd never dream of perverting language to pretend that a Japanese motorcycle is 100% American, or that a company that makes profits here but pays taxes only in Bermuda is still part of the American social contract.

Of course, the Greatest Generation had no problems with the radical socialist idea that paying your taxes is patriotic, as this WW II Disney cartoon demonstrates: