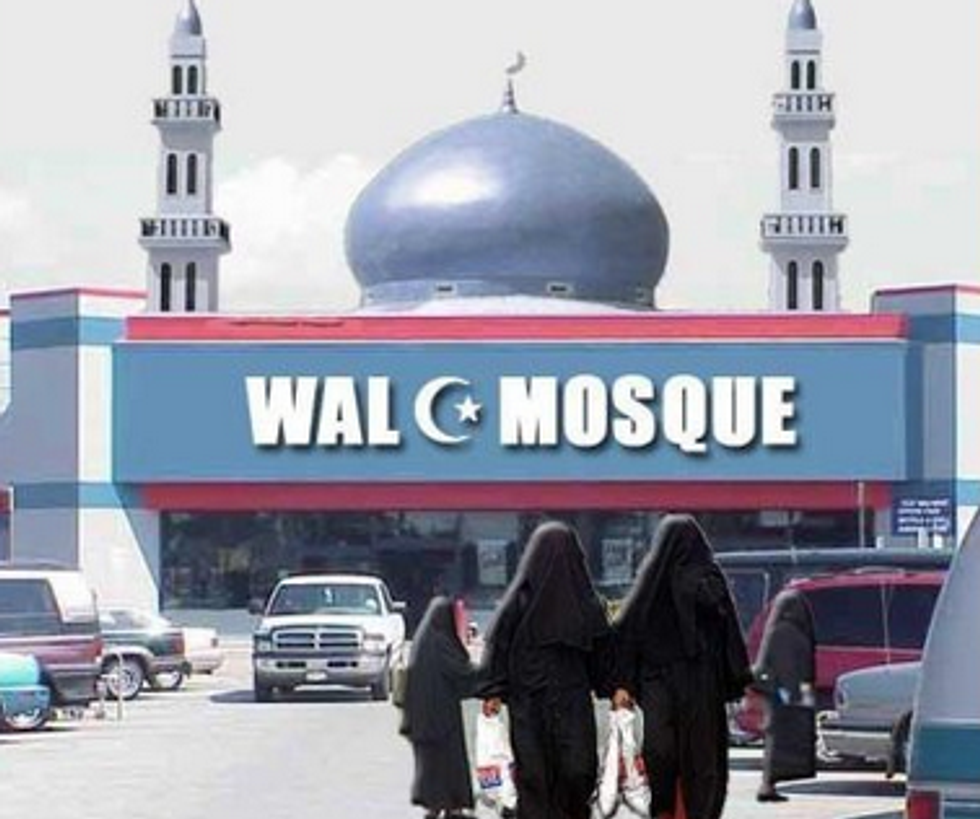 Look, disgraced torturer Allen West is scared of Muslims. They're everywhere! It used to be they were just in Iraq, and he could handle the situation by pretending to kill them and discharging bullets right next to their heads, but now the Muslims are in America, and not only are they voting, they are also doing Sharia law to him in the checkout line at Walmart. This is a thing that happened, and Allen West was the victim:

There was a young man doing the checkout and another Walmart employee came over and put up a sign, “No alcohol products in this lane.” So being the inquisitive fella I am, I used my additional set of eyes — glasses — to see the young checkout man’s name. Let me just say it was NOT “Steve.”

That's right! He doesn't say what Not-Steve's name actually was -- probably Mohammad Jihad bin Laden ISIS Jones -- but he knew that the guy was a Muslim, and he was about to have all the goods in his shopping cart scanned, SHARIA-STYLE:

I pointed the sign out to [my daughter] Aubrey and her response was a simple question, how is it that this Muslim employee could refuse service to customers based on his religious beliefs, but Christians are being forced to participate in specific events contrary to their religious beliefs?

Boy howdy, that is one astute young lady.

Imagine that, this employee at Walmart refused to just scan a bottle or container of an alcoholic beverage — and that is acceptable. A Christian business owner declines to participate or provide service to a specific event — a gay wedding — which contradicts their faith, and the State crushes them.

EXACTLY. Al Qaeda McGee gets to have "religious freedom," by not ringing Allen West up for a case of Smirnoff Ice, and yet wingnuts around the country are being CRUSHED by Satan and the homogays, by having to put icing on sodomy cakes. Why it's almost as if somebody is firing off bullets next to their heads and pretending to kill them!

Now, try to contain your shock, but Allen West made poopy in his pants for no reason, because this is not actually what happened. Media Matters reports that the original headline of West's piece was "Sharia law comes to Walmart?" but that it had to be changed to "More ominous signs of Christian persecution," because Allen West called the Walmart, probably to cry and bitch about how hard just got jihad-ed, and was informed that "employees under 21 years old are prohibited from selling cigarettes and alcohol." Hahaha, Allen West is an idiot, and also a pussy.

But West says that little detail doesn't change his premise at all, because this one Walmart in Ohio sells halal meat, which means the terrorists have won, and Walmart is probably one step away from installing Sharia courts, right next to the walk-in clinics at the front, QED motherfuckers, Allahu akbar!, everybody panic!