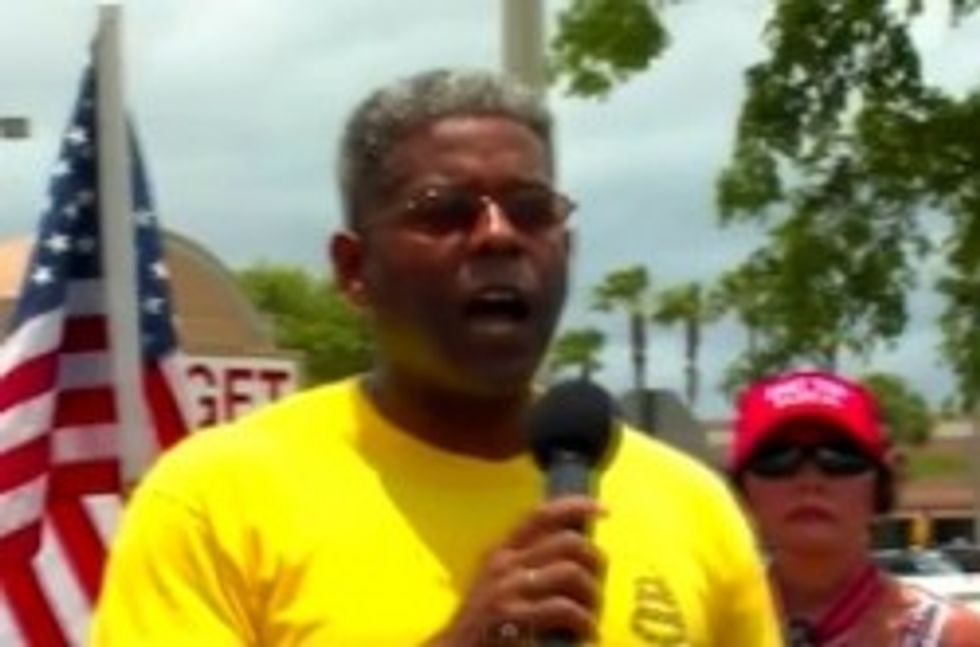 The military apparently taught Allen West conflict resolution real good, since his latest grasping ploy to end 9/11 amounts to telling Islam (which did 9/11) more loudly that Allen West does not care one bit for 9/11 (which did Islam). Here is Allen Westtalking at an event he hosted in Florida to promote an anti-ground zero mosque movie 365 news cycles too late: "I think we need to recognize some of the ideological differences that separate us, and if you want to get to a point of having peaceful coexistence, I think it’s where they need to reform some of these things." Thanks for that, Allen West, "they" will get right on these "things," whoever "they" are. Is everybody friends yet?

No! Because being friends would require Allen West to stop talking about 9/11, i.e. FORGET, which is a NEVER in the Allen West handbook right up there with hair cuts lacking a flat surface.

More of his drivel from the Miami Herald:

"We must never let events like Pearl Harbor or 9/11 go away," he said. "We must never forget the things that happened those two days, or the attack upon the United States of America. My fear is that maybe we could end up forgiving what happened on 9/11 because of certain things, this political correctness or this desire to be a multicultural America."