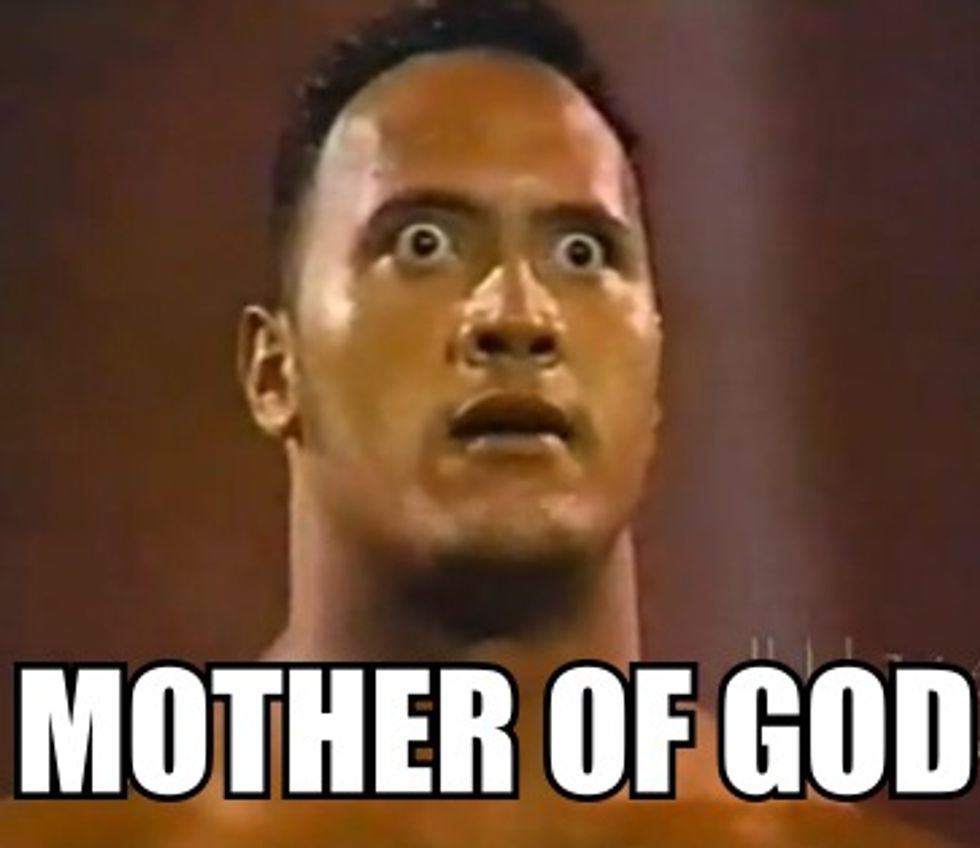 So. This happened. It's all Wonkette alumnus Dave Weigel's fault for putting it on the Twitters and telling America it existed. It is an "alt-right" cover of Billy Joel's already insufferable "We Didn't Start the Fire," full of heroes to the "alt-right" (aka the neo-Nazis who masturbate to anime, or as Republican consultant Rick Wilson says, the "crazies in mom’s basement screaming for Hot Pockets and a new Holocaust." (He's the fellow who gets the shout-out at the start of the video, and is, of course, a total cuck.) It has to be seen to be believed, but once seen, may have the Lovecraftian effect of driving you unto madness, verily.

We didn't start the movement!

Since we're uncucked and hell-bent,

"Tone it down" they urged us,

for our spines they purged us!

Deleted Comments: Why Is Wonkette So Unfair To White Supremacists?

We think it's supposed to be "outrageous" to all those easily triggered Social Justice Warriors who faint at the very thought of racism, but mostly it's just painfully stupid. And off-key. But the YouTube comments are a beautiful sampling of these dinguses applauding, congratulating themselves on how cleverly they're using memes to upset the normals, and infighting about which heroes of the runny movement were left out of the list. Much butthurt at the absence of open neo-Nazis like the bloggers at The Right Stuff, or pioneering young (now old) racists like Stormfront's Don Black, or real heroes like Tom Metzger or William Pierce, author of The Turner Diaries. Other raceturbaiting Tubers are upset at the inclusion of some names of people who are too Jewish or moderate or even (shudder!) hopelessly cucked.

The "singer" is Jared Taylor, the founder of the respectable home of highbrow racism, American Renaissance magazine, which morphed into the website AmRen.com, to which we shan't link because we'll be banhammering enough of these assholes soon enough anyway. He's also apparently the one responsible for the painfully bad sax solo, which is a hilarious parody of Bill Clinton. Did you hilarity at it? We know we did! (Probably most hilarious was our editrix, who couldn't decide whether she wanted to star in a Viagra ad with him, or a retirement planning ad with him, when they would sail around the world, boning whitely.)

And now, thanks to the tweeted replies to Mr. Weigel, we also learn that there is a rich subgenre of "alt-right" Disney song parodies, god help us, like this helpful reminder that you owe it to the white race to get married and procreate so the browns don't get the demographic edge. It, too, is a veritable airsickness bag of laffs!

You tell us all that you oppose White demograghic decline,

but we can't succeed if white people don't breed,

You've got to wife the girl.

That one? We're only worried that Walt Disney might've liked it.

[Dave Weigel on Twitter, damn him all to hell]