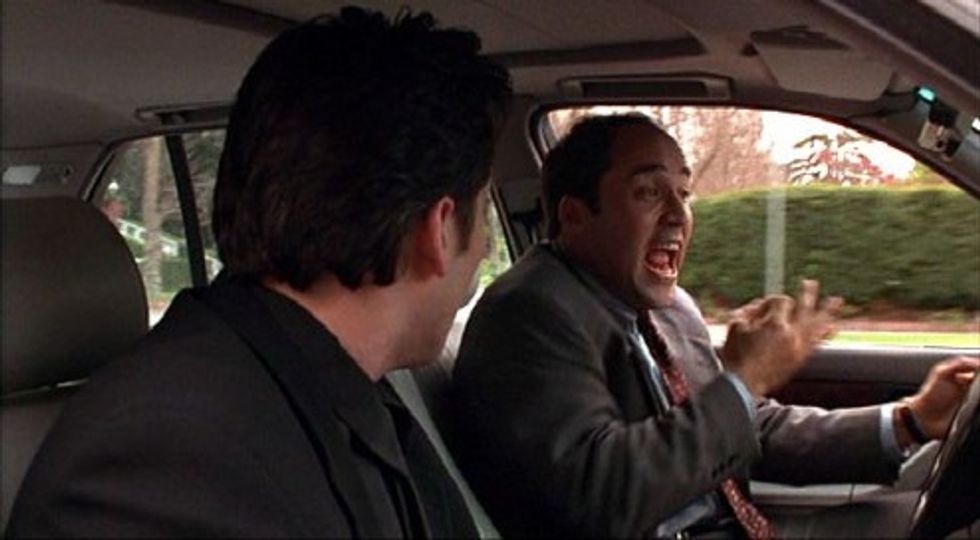 This month marks the ten-year anniversary of the invasion of Iraq and Operation YARRRGHHHH FREEDOM LIBERATORS DERPDERPDERP. Do you remember where you were when you first heard our brave troops had crossed the border in their insufficiently armored vehicles? We were in a cubicle in Burbank, CA, reading CNN and facepalming, but as much as we hate to remember that cubicle and the job that went with it, we recognize there were much, much more dangerous places for a young man in his late twenties to be at that moment.

But it is okay, because as we know everything worked out for the best for our troops and the Iraqis and their country and Amurca fuck yeah!

Somehow, the Associated Press has concluded, not right at all!

Ten years and $60 billion in American taxpayer funds later, Iraq is still so unstable and broken that even its leaders question whether U.S. efforts to rebuild the war-torn nation were worth the cost.

And that $60 bil is just money spent on reconstruction efforts:

Overall, including all military and diplomatic costs and other aid, the U.S. has spent at least $767 billion since the American-led invasion, according to the Congressional Budget Office. National Priorities Project, a U.S. research group that analyzes federal data, estimated the cost at $811 billion, noting that some funds are still being spent on ongoing projects.

Ha ha, remember when this whole grand adventure was only going to cost the treasury a few billion and be paid for by all that sweet, sweet crude our rapacious oil companies were going to pull out of the ground, but then the Iraqis got all huffy and were all, “Free people have a right to self-determination and self-government and we will not suck American oil company cock after you destroyed our infrastructure and killed thousands of our people and turned our great country into a bitterly divided ungovernable hellscape”? Crazy. (Hey, maybe we could replace our own Congress with those Iraqis?)

Oh well, it is only a trillion dollars over the last decade. What else were we going to do with that money, give all of our citizens comprehensive health insurance?

Anyway, everyone put your pinkie to your lips and snicker “One triiiiillion dollars,” then go yell at the next Republican you hear whining about how America “has a spending problem” and the solution is to gut social welfare programs.

Speaking of Dr. Evil, General David Petraeus, last seen bonking that nice lady, has now been established as pretty much the guy who was personally beating teenage Iraqi boys black and blue with cables. OK, maybe not personally: his right-hand guy, a veteran of the Dirty Wars and Death Squads in Salvador and Nicaragua, was present in our facilities and processed all the prisoners while teenage Iraqi boys were beaten black and blue with cables. "Oh yeah, they were all there and they all knew," said everyone.

"They worked hand in hand," said General Muntadher al-Samari, who worked with Steele and Coffman for a year while the commandos were being set up. "I never saw them apart in the 40 or 50 times I saw them inside the detention centres. They knew everything that was going on there ... the torture, the most horrible kinds of torture." [...]

Gilles Peress, a photographer, came across Steele when he was on assignment for the New York Times, visiting one of the commando centres in the same library, in Samarra. "We were in a room in the library interviewing Steele and I'm looking around I see blood everywhere."

The reporter Peter Maass was also there, working on the story with Peress. "And while this interview was going on with a Saudi jihadi with Jim Steele also in the room, there were these terrible screams, somebody shouting: 'Allah, Allah, Allah!' But it wasn't kind of religious ecstasy or something like that, these were screams of pain and terror."

Well it is good to know we had Salvador and Contra vets running our show in Iraqi detention centers. We like our torture committed by Death Squad pros. There's just no substitute for experience.