America Roughly As Infested With Poors As It Was Last Year 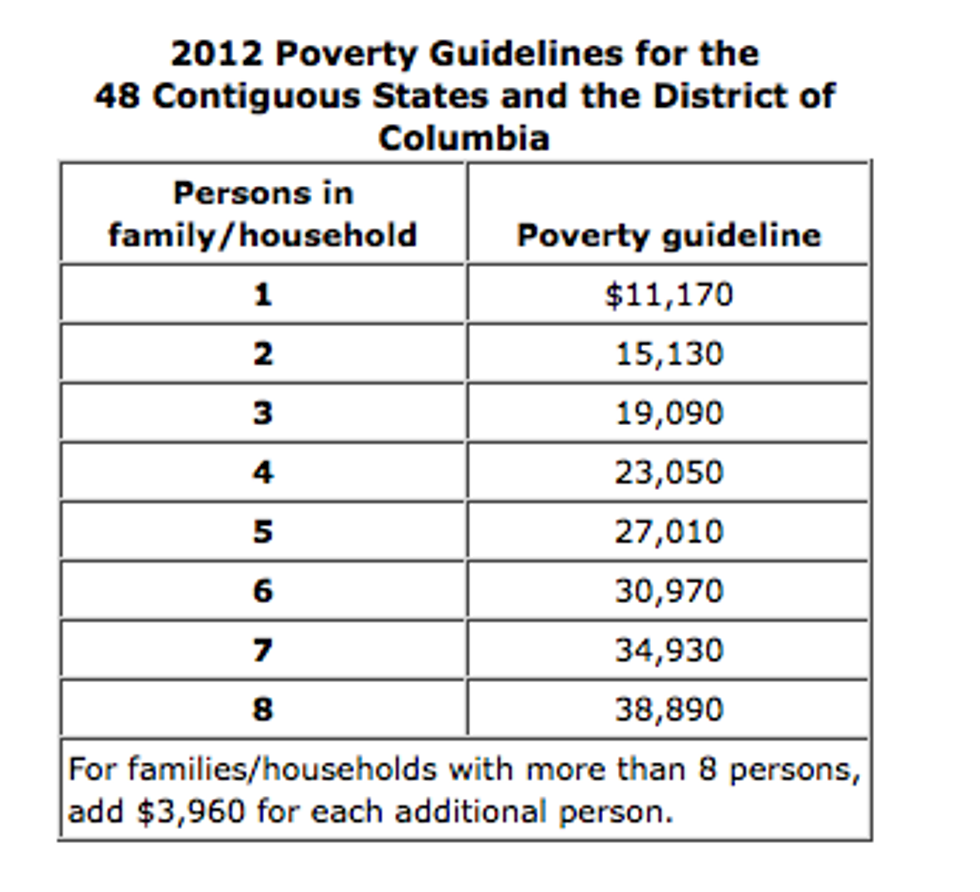 The Census released its annual report on poverty yesterday, and there are lots of fun facts to be parsed herein vis a vis who is rich and who is a loser. But first, let’s offer a hearty congrats to America, who is not significantly more infested with Poors than it was last year! AND! Only 22% of children are living in poverty — meaning, since we are glass-half-full type people — that 78% are NOT living in poverty, which is what we should be focusing on (unless we hate America, of course). USA! USA! But wait, there’s even more good news! Poors are most likely to be women, minorities and Olds, meaning that white men are still coming out ahead. USA! USA! Also, the rich keep getting richer, bless their little hearts!

First, Wonketeers may be wondering what “poverty” means. After all, if you have a ceiling fan and a refrigerator and a TV and a microwave, can you really be considered poor? You could, after all, use these implements to heat food, eat it in front of your TV while you enjoy the breeze wafting from your ceiling fan, and then store the food for later consumption, so how poor could you be? Answer: pretty poor! The census measure of poverty differs from the Health and Human Services Department’s measure of poverty. HHS measures poverty for the purposes of determining whether or not someone is eligible for government handouts, and in the way they figure it, these people are Poors.

The Census, on the other hand, uses 48 “poverty thresholds” to figure out who is a Poor and who isn't, and do some figuring about how many people are in a given household and how old they are. So, according tot the Census.gov website, a family of five (three adults and two kids) living in one house must have a total income of at least $27,517 in 2011 or else they are all Poors. All of them. Even the baby.

Having learned all about the measures of poverty, let’s inspect this fascinating chart about median incomes by race and region. For those of you who are recent graduates of our underfunded public school system, the “median” income means that half of Americans made less than this every year, and half made more.

You will notice two things that probably aren’t all that surprising—first, that the highest median income in the country is in the Northeast and the lowest is in the South. (Ha--ha!)

The other figure that jumped out at your Wonkette was the differences in median income between whites and Blacks. The answer to solving this discrepancy is, of course, to destroy affirmative action and destroy Section 5 of the Voting Rights Act.

Let’s now move on to the rates of poverty by age. We will quickly learn from this chart that the recession is apparently over, and that kids under 18 years old really need to start picking themselves up by their bootstraps because COME ON, PEOPLE.

So basically, if we were running this country like a business, we'd get rid of Youngs (22% of them are in poverty). First thing, get rid of all the youngs. But surely there are MANY cost effective measures out there that will boost our bottom line and take us to an age of prosperity again. We await your suggestions.