American Babies Cost Three Times as Much as European Babies, For Freedom 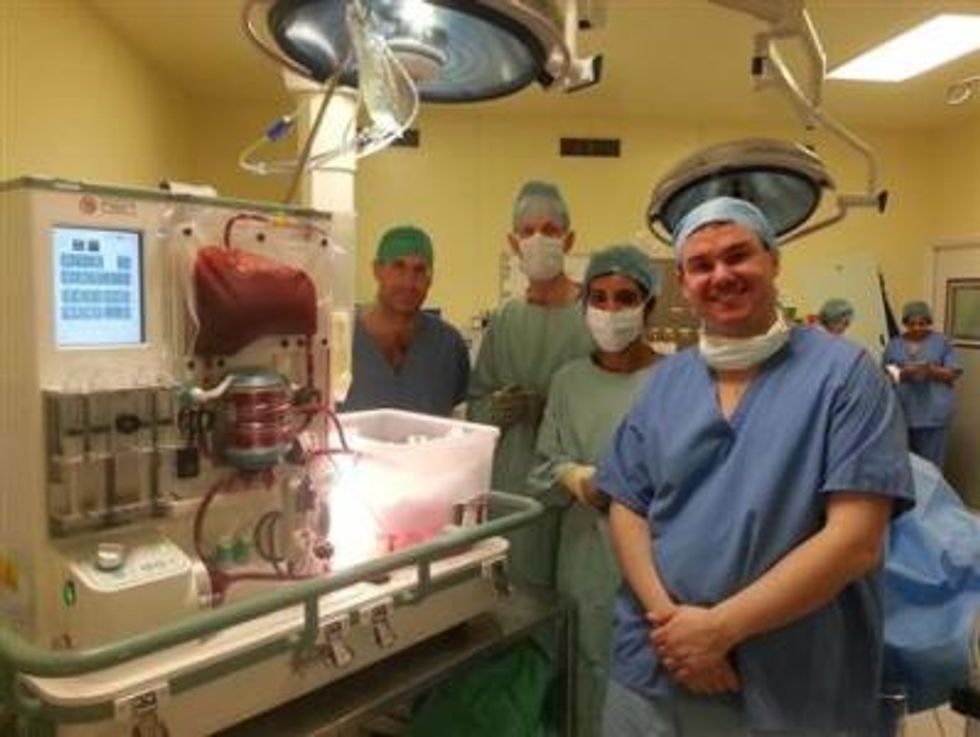 Baby-having time is a time of mixed emotions for most families. This is because they are excited about becoming parents (or becoming parents again, as the case may be), worried about preparing in time for the baby (or babies) and sad about the fact that Americans spend more per baby than just about any industrialized country but get poorer outcomes.  See, American babies cost anywhere from $4,000 to $45,000 for a complication-free delivery, depending on which insurance company you have.

Our nephew, for example, cost around $7,000 in copays and $30,000 in hospital bills, making him a very expensive baby who is only appreciating with every doctor visit. Can any of you beat that? Probably, which is sad.

Anyway, let's catch up with this via the New York Times, which  accidentally filed this article in the "Health" section rather than where it really belongs,  the "Money" section:

Ms. Martin, 31, and her husband, Mark Willett, are both professionals with health insurance, [but] her current policy does not cover maternity care...

When she became pregnant, Ms. Martin called her local hospital inquiring about the price of maternity care; the finance office at first said it did not know, and then gave her a range of $4,000 to $45,000. “It was unreal,” Ms. Martin said. “I was like, How could you not know this? You’re a hospital.”

What a silly lady! For some reason she didn't know that insurance companies, not hospitals or doctors, set the price of care. And since she had no insurance company to set the price of care on her behalf, she and her husband were given the greatest gift of all: getting the best price for care in what seems to be a highly unregulated, for-profit marketplace. This is why our health care system is a model for the rest of the world, except for backwards nations where "patient care" seems to take priority over "return on investment":

...New mothers in France and elsewhere often remain in the hospital for nearly a week to heal and learn to breast-feed, while American women tend to be discharged a day or two after birth, since insurers do not pay costs for anything that is not considered medically necessary.

Only in the United States is pregnancy generally billed item by item... There are separate fees for the delivery room, the birthing tub and each night in a semiprivate hospital room, typically thousands of dollars. Even removing the placenta can be coded as a separate charge.

Maybe this is why French people are such effeminate losers, and American babies kick so much ass. We maximize profit!

After her daughter was born five years ago, Dr. Marguerite Duane,  [a former gynecologist who is now an associate professor of medicine at Georgetown] was flabbergasted by the line items on the bills, many for blood tests she said were unnecessary and medicines she never received....

Though she delivered [her second child] with a midwife 12 minutes after arriving at the hospital and was home the next day, the hospital bill alone was more than $6,000, and her insurance co-payment was about $1,500...“Most insurance companies wouldn’t blink at my bill, but it was absurd — it was the least medical delivery in history,” said Dr. Duane, who is taking a break from practice to stay home with her children. “There were no meds. I had no anesthesia. He was never in the nursery. I even brought my own heating pad. I tried to get an explanation, but there were items like ‘maternity supplies.’ What was that? A diaper?”

Yes, probably! Your Wonkette has been charged around $20 for a bag filled with gauze. But we got off easy, since our friend Chris was charged $25 for a single Tylenol and our other friend Jim was charged $25 for a Kleenex (we think. He still hasn't figured out exactly what that charge was for.)

But thank goodness we live in a free-market society and not in a socialist hellhole like France, or Sweden. Our babies are more expensive probably because they are BETTER and our women need less aftercare because they are so much tougher, most likely, right?

We polled our friends, and the most expensive baby we could find was actually our nephew, the aforementioned little whippersnapper that cost around $7,000 in copays plus around $30,000 in hospital bills. Can any of you in the commentariat beat that? Who has the most expensive baby? Remember, "expensive" is code for "better!"