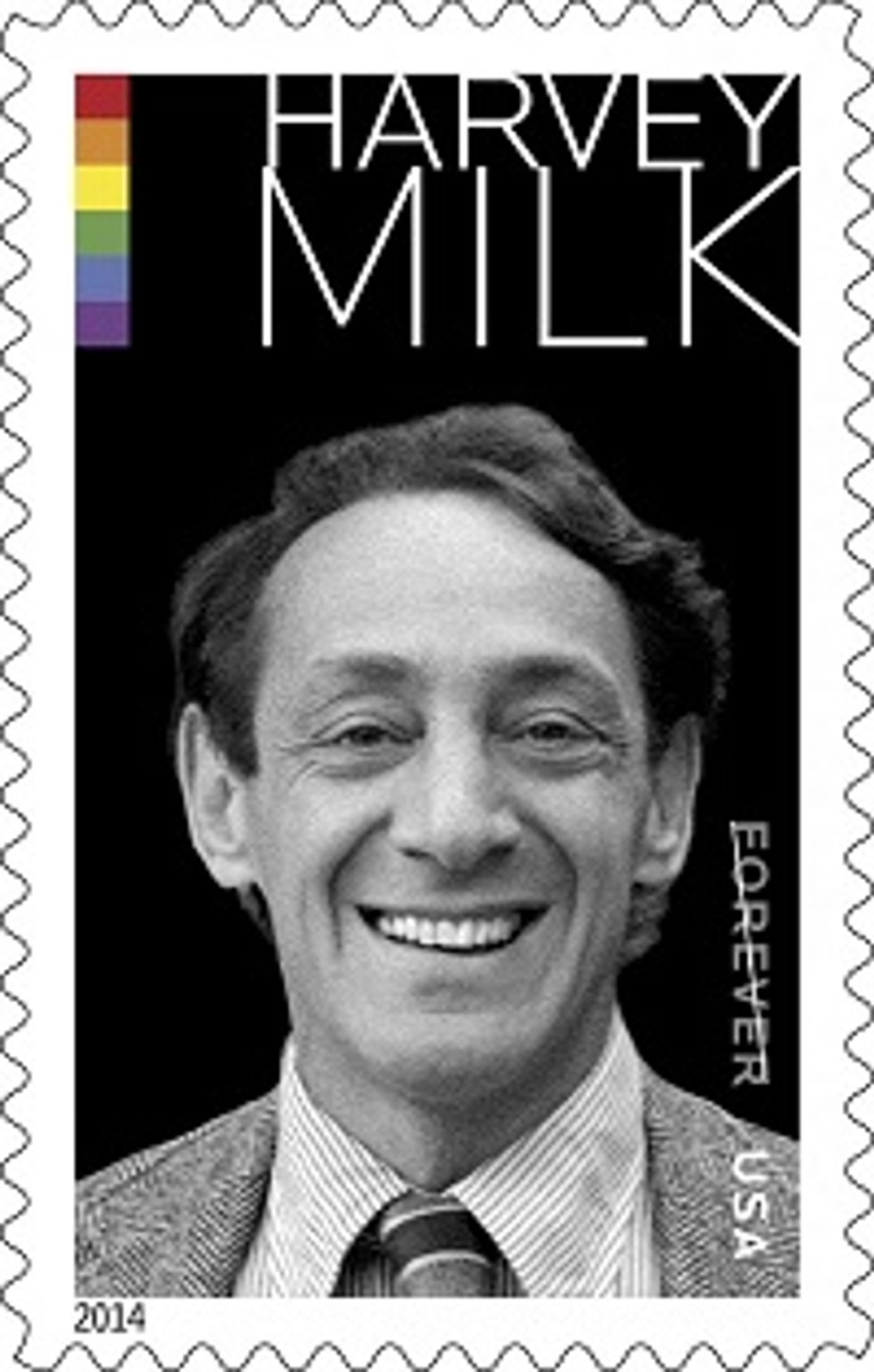 The American Family Association, home of perpetual source of Wonkette materialBryan Fischer, is most put out by the United States Postal Service right now. Did the USPS fail to deliver the donations grifted out of uneducated rubes that are the AFA’s lifeblood? Did it “accidentally” deliver several dozen copies of Bear Magazine to AFA's headquarters? What dastardly deed on the part of the post office has the AFA so perturbed?

The Harvey Milk stamp, of course!

Last week the Postal Service unveiled the stamp commemorating the life of the famed icon who became the first openly gay elected public official in the state of California before being assassinated less than a year after taking his seat on the San Francisco Board of Supervisors. The unveiling was a cause for celebration for political leaders such as Nancy Pelosi, civil-rights hero Rep. John Lewis, Sen. Tammy Baldwin, and any other human being with a soul. Which obviously excludes anyone involved with the AFA.

So the organization suggests two ways you can protest the government’s official commemoration of a man who was a groundbreaking hero to millions of gay people, a man whose life inspired countless numbers of homosexuals to come out of the closet and live their lives openly and without fear.

1)      If a worker at a post office tries to sell you a sheet of Harvey Milk stamps, you throw them right back in that government bureaucrat’s face and demand a stamp with something more manly on it, like the American flag. Or Marilyn Monroe. Gay men wouldn’t want anything to do with an image of a woman, for gosh sake.

2)      Refuse to accept any mail that has a Harvey Milk stamp on it. Simply write RETURN TO SENDER on the envelope and hand it back to your postal carrier. Then call Aunt Millie and tell her you cannot accept her birthday card this year because A GAY MAN, HOW DARE YOU. GOOD DAY TO YOU, MADAM.

Yr Wonkette would never, ever suggest you buy Harvey Milk stamps and flood the P.O. Box of the American Family Association with “Congratulations on your same-sex wedding” cards. Nope, never ever ever.