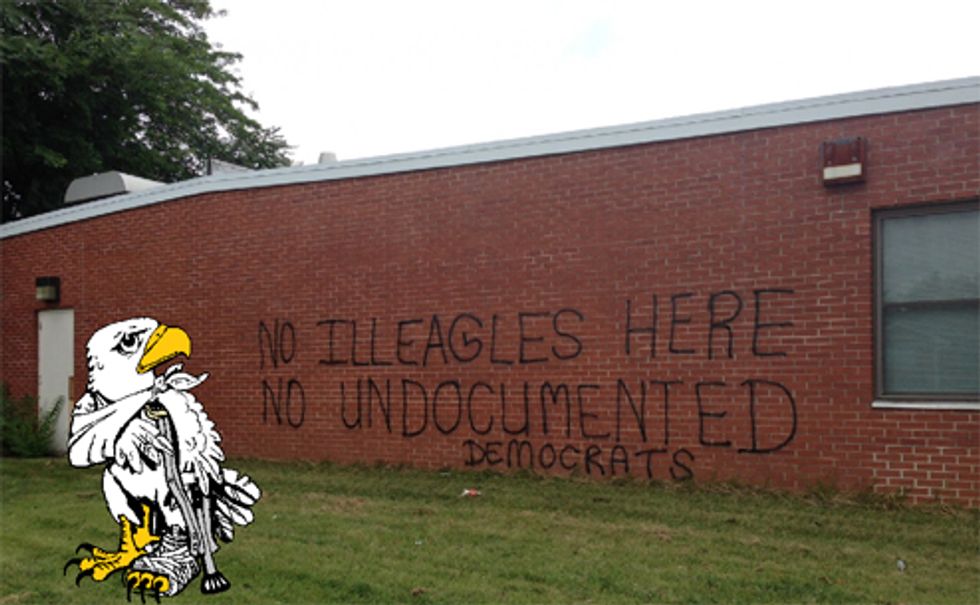 Some patriot got wind that an empty Army Reserve warehouse in Westminster, Maryland,might be used to temporarily house children from the Texas border, and so they did their best to save America. From children. Because obviously, Barack Obama is flooding the country with unaccompanied children so they can all vote Democratic. This is just logic, people.

In any case, the gud spellars of Merryland can calm themselves -- Homeland Security determined that the location was "not a viable option at this time," according to a spokesman.

Before the announcement, just to make sure that precious funds weren't wasted on housing and feeding children, Republican Rep. Andy Harris vowed that if the Department of Health and Human Services used the currently empty building to house filthy disease-ridden immigrant children, he'd block funding for HHS, because he's on the House Appropriations Committee. Rep. Harris posted a message to his Facebook praising the decision, because if constituent service means anything, it means making sure that brown children be shown no mercy.

A profile of Harris and his challenge to DC's marijuana law in the Washington Post yesterday said that friends describe the lawmaker "as a dedicated father and Catholic with a fierce sense of moral obligation" -- just not to, you know, children who are in the wrong country.