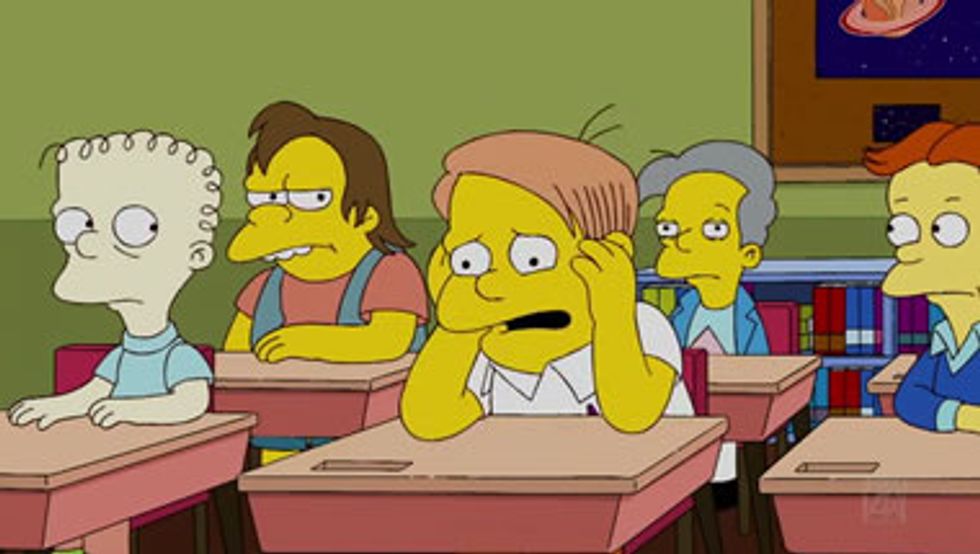 Hello Americans. Today we are writing very slowly, because we know that you don’t read very fast. Or good. And we promise to stay away from complicated math, simple math, and any scientific theories more complicated than gravity, because apparently our kids isn’t learning very good. At all. According to a test administered to 15-year-olds all over the world, per The Hill, "U.S. students failed to reach the top 20 rankings in math, science or reading, according to the National Center for Education Statistics, which organizes the data."

And after decades of being the butt of American jokes about screwing in light bulbs, Poles will now be asking how many Americans it takes to do simple households tasks, as Poland kicked our ass in all three parts of the test.

Ireland, where a seven-course dinner consists of a potato and a six-pack of Guinness, also beat the snot out of U.S. American kids in all three areas.

Even countries we can’t find on a map, like Estonia, kicked our red, white, and blue ass. Perhaps not being able to find it on a map is a metaphor for why we did worse than 18 other educational systems, like such as, so we will be able to build up our future.

But it’s not all bad news! The Slovak Republic only received higher scores in math, so fuck those guys with something literary and/or sciencey!

In an effort to state the obvious, Secretary of Education Arne Duncan said that the results were "at odds with our aspiration to have the best-educated, most competitive work force in the world."

"We must invest in early education, raise academic standards, make college affordable, and do more to recruit and retain top-notch educators," Duncan said.