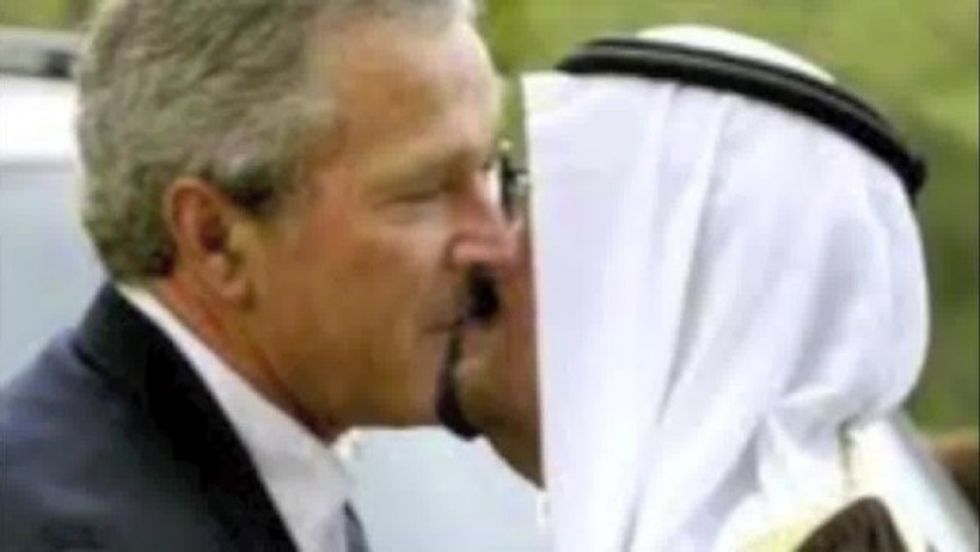 Saudi Arabia's morality police detained a group of young men for dancing at a birthday party and referred them to prosecutors, according to a state-linked media report.

The news website Ayn al-Youm reported Saturday that the Commission for the Promotion of Virtue and the Prevention of Vice raided a private property in the city of Buraydah, arresting the men inside for "loud music and inappropriate dancing."

[W]hen members of the morality police raided the private property, they found the young men in "a comprising situation in their dance and shameful movements." The official said there was also a cake and candles to celebrate one of the men's birthdays.

No details were released about how many men were arrested or their ages. The official did, however, say that the young men's hairstyles and dress were not traditional, and urged parents to monitor this kind of behavior "because it can lead to immorality and even homosexuality."

Okay here is the thing, and also the other thing, there are two things. Even though that dingus Mahmoud Ahmedinejad said his country had no gays and everybody laughed at him, the truth is that in harsh, fundamentalist societies like Iran and Saudi Arabia (again, our BEST FRIEND), there are indeed many, many gays, and they live a private, quiet, underground sort of existence. The Saudis, according to the AP, were making fun of this raid, "pointing out that the men were not caught drinking alcohol or partying with women," which are big crimes in that country. OF COURSE they were not partying with women, these probably WERE Saudi gay dudes, jitterbugging their way into each others' pants.

The other thing is that this is what happens when creepy fundamentalist religion gets to rule a society, you end up with people saying "dancing can lead to homosexuality" and other ignorant stuff, and detaining people for the "crime." Aren't we glad we live in America, where statements like that are confined to dimwits like Phyllis Schlafly and Pat Robertson?

The Daily Banter, however, points out that maybe these men are onto something, as George Dubya was caught on tape doing some pretty gay Saudi Dancing, which led to him holding hands with his Saudi boyfriend King Abdullah and then THEY KISSED ON THE MOUTH, as you can see above. They were so in love, those kids, and George really wanted Texas to legalize gay marriage so he could dump Laura and gay marry his lover, but then Abdullah died, sad/not sad. Anyway this all happened because DANCING.

Our point is, the Saudis continue to be horrible, just like all extremist religious people are horrible, and they will continue to be our best friends ever because what's a few million human rights abuses when you have SWEET, SWEET OIL?