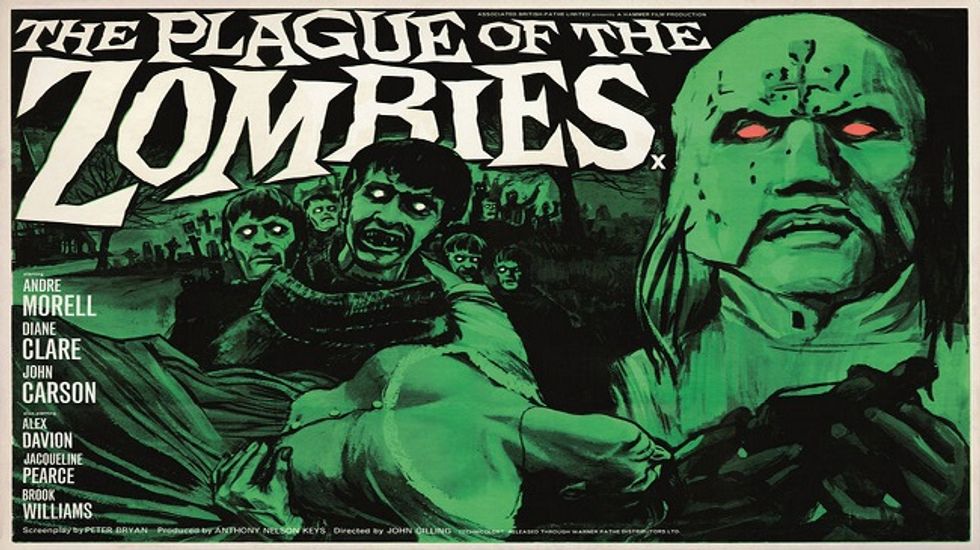 Time now to turn to our nation’s vaunted editorial pages for the smartest, hottest takes on President Obola’s response to this deadly plague that has so far sickened exactly two of our nation’s 330 million citizens. BURN THE BODIES! STOP THE FLIGHTS! ARGLE BARGLE!

Because nothing could possibly be more important in this moment than the optics, leadership fetishist Ron Fournier has written his eleventy billionth column about HOW THE PRESIDENT SHOULD LEAD!!11!! We assume nothing gives Ron Fournier more of a chubby then writing this column, since he writes it about 12 times a week. What does he have to say about this crisis?

We shouldn't need an Ebola czar.

We already put somebody in charge of corralling federal bureaucracies and coordinating local responses to national emergencies. His name is Barack Obama.

Well, John McCain thinks we need a czar. Are you disagreeing with war hero John McCain?

The choice [of Ron Klain] makes sense if Obama's main concern is 1) the incompetence of his team, or; 2) midterm politics. My strong hunch is it's No. 2. The Obama White House is not self-aware. It is nakedly political. The uneven response to Ebola threatens to be a toxic issue for Democrats, and the president is under pressure from his party's desperate candidates to do something.

He’s also under pressure from nitwitted Republicans and commentators to do something, anything, make us feel safe, ayieeeeeee! Which is a nakedly political move of its own. Ron Fournier either 1) doesn’t want to point that out or 2) is too dumb to realize it. Our strong hunch is it’s No. 2.

We shouldn't need an Ebola czar. The president needs to do his job better.

This is vague to the point of being meaningless. We wish Obama’s leadership responsibilities included firing Ron Fournier out of a cannon into the sun, because we would encourage him to do that.

Over at the Washington Post, Charles Krauthammer starts by criticizing the response of the Centers for Disease Control for not going to Texas Health Presbyterian Hospital and slapping a tent around it like it was Elliott’s house in E.T. One can only imagine the screeching of civil libertarians like Kraut if the feds had bigfooted a local hospital where all of two nurses had gotten sick. The screaming about an out-of-control federal government stomping on obviously competent locals would have been audible in outer space. Words like “overbearing” and “chilling” would have been tossed around with abandon.

But Kraut really gets going when talking about the further steps he thinks the federal government should take, like banning flights.

The CDC argues that a travel ban would stop the flow of medical assistance to West Africa. This is silly. Simply make an exception for health-care workers. They apply to federal authorities, who charter their flights (or use military aircraft already headed there) and monitor their movements until 21 days after their return home. Done.

Well for starters, because what’s to stop a Liberian from flying to a country that has not banned flights, then hopping a connection to the United States? But furthermore, if Kraut had bothered to do any research, he might have found this Vox story, which persuasively argues that screening which flights should be allowed into Liberia and other West African nations would, among other reasons, require setting up an entirely new bureaucracy, which would slow down relief flights, which would in turn make it more difficult for medical supplies and workers to continue trying to set up containment hospitals to stop Ebola’s spread. Better we keep trying to augment the relief efforts already under way at the same or even an increased pace, rather than condemn more Liberians to death because we’ve let two cases of transmission in America scare the crap out of us.

Of course for commentary on an important issue, nothing can ever top what falls out of Our Lady Peggy Noonan’s head after she has meandered for a while, lost like Little Red Riding Hood around the thick forests growing inside her skull.

It is my impression that everyone who speaks for the government on this issue has been instructed to imagine his audience as anxious children. It feels like how the pediatrician talks to the child, not the parents.

Because this country is an audience of anxious children. Perhaps Our Lady could lift her snoot out of her martini glass long enough to pay attention?

It is one thing that Dr. Frieden, and those who are presumably making the big decisions, have been so far incapable of making a believable and compelling case for not instituting a ban. A separate issue is how poor a decision it is. To call it childish would be unfair to children. […]

If we don’t momentarily close the door to citizens of the affected nations, it is certain that more cases will come into the U.S…But it would reduce risk and likelihood, which itself is worthwhile.

Again, this would be to reassure the public after all of two of our nation’s 330 million citizens have contracted Ebola, and those two were nurses who were treating the one victim who has so far made it through our supposedly porous security. Tell us again who are the children here?

Does the government think if America is made to feel safer, she will forget the needs of the Ebola nations? But Americans, more than anyone else, are the volunteers, altruists and in a few cases saints who go to the Ebola nations to help. And they were doing it long before the Western media was talking about the disease, and long before America was experiencing it.

If that’s not the most goddamned “Amurca is Exceptional!” bullshit we’ve read in weeks, we don’t know what is. Doctors Without Borders, which has been working on the crisis in West Africa for months, draws medical personnel from many nations. A few have also gotten sick and are recuperating in their home countries in Europe. And is there anything more ironic than a former speechwriter for Ronald “Only Homos Get AIDS” Reagan talking about how altruistic Americans are when faced with a medical plague? The answer is no, and irony is finally dead.

Someone pour us an Ebolatini, we’ve had enough of this crap.